Katy Perry’s writers lost a $2.8m lawsuit against Christian rapper Flame last year over the use of a handful of notes. Musician Adam Neely published a hit video on YouTube slamming the lawsuit but in a bizarre twist, Perry’s publisher Warner Chappell has now filed an infringement complaint against Neely. Not only have they claimed all of the advertising revenue from his video, they’ve turned the entire matter into an unbelievable trainwreck.

In August 2019, a jury found that the writers of the Katy Perry hit ‘Dark Horse’ had infringed on the rights of Christian rapper ‘Flame’ over his 2008 track ‘Joyful Noise”. The $2.78 million judgment sent shockwaves through the industry, with Perry’s side describing the decision a “travesty of justice.”

“The writers of Dark Horse view the verdicts as a travesty of justice. There is no infringement,” the statement read. “There was no access of substantial similarity. The only thing in common is unprotectable expression — evenly spaced ‘C’ and ‘B’ notes — repeated. People including musicologists from all over are expressing their dismay over this.”

One of those who found the lawsuit ridiculous was musician and YouTuber Adam Neely, who posted a video on YouTube explaining why it made absolutely no sense. The video, in which he unequivocally supported Perry’s side, pulled in millions of views and as a result the musician was asked to comment by numerous news publications covering the case.

Unfortunately, Neely himself now finds himself at the center of a copyright dispute as a result of his original video. In a new video posted to YouTube today, Neely recounts his journey following the case, noting that he strongly defended both Katy Perry and her publisher, Warner Chappell, in the belief that the lawsuit was bad for musicians, bad for creativity, and bad for the artform of music-making.

Warner Chappell, however, appear to see things differently. Instead of quietly thanking their avid supporter, they have hit his video with a copyright complaint instead.

“Katy Perry’s publisher, Warner Chappell, just claimed one of my videos. Warner Chappell did not hire me to make this video defending their platform in public and yet they have now claimed the advertising revenue for the video,” he explains.

“That is, of course, an incredibly crappy thing for Warner Chappell to do. But it gets a lot weirder. Katy Perry lost that suit so where does that leave the copyright for Warner Chappell? Dark Horse was found to be infringing on Joyful Noise so why is Warner Chappell still able to claim my video and take my advertising revenue?”

But Neely’s frustrations only increase after digging into the claim itself. It claims that Neely “used the melody” for Dark Horse in his video. However, the defendants in the Perry case previously stated that particular musical component of Dark Horse wasn’t a melody at all, but rather a background element to their track. The melody of Dark Horse never even appeared in Neely’s video – but the drama doesn’t stop there.

The allegedly-infringing content according to Warner Chappell was found between 35 seconds and 44 seconds into Neely’s video. However, as the exasperated musician points out, that part of the track was actually a demonstration of a section of Joyful Noise, not Dark Horse.

“[Warner Chappell] are claiming my video for a melody that they just lost a lawsuit defending. My video was all about how they should HAVE NOT lost the lawsuit because that melody was so minor as to not be copyrightable,” Neely says.

Only adding insult to injury is that this wasn’t a claim actioned automatically by YouTube’s systems, but was actually filed manually by a human being. This, Neely suggests, means that whoever filed the claim couldn’t tell the difference between the melodies in the two tracks and ended up filing a complaint against the wrong one.

This trainwreck is going to be hard to explain away… 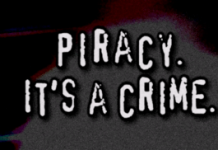 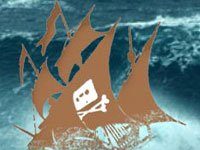