The popular game YouTuber “Golden Modz” has admitted to posting copyright-infringing videos that displayed Fortnite cheats and hacks. Brandon Lucas, owner of the channel, agreed to an undisclosed settlement and a permanent injunction that prevents him from promoting Fortnite cheats going forward. The “Golden Modz” channel remains online and appears to have switched focus to GTA V. 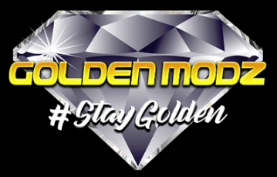 The channel is linked to Florida resident Brandon Lucas, who uses it to share gameplay videos which regularly feature cheats and hacks.

Initially, the company just sent takedown notices to YouTube. However, when these were appealed by the channel operator, the game company saw no other option than to go to court.

“Exentric” made occasional appearances in the videos that were posted on the YouTube channel. In the videos, the two referred to their cheats as “magical powers,” informing viewers where to buy these, while hosting giveaways as well.

Initially, Lucas denied that the videos posted on the channel were his. In an unsworn affidavit, he said that no videos using cheats were posted by him, nor did he own the websites where the cheats were sold. As such, he filed a request with the court to dismiss the case.

Epic Games wasn’t convinced of Lucas’ innocence. The company filed a response to the motion to dismiss stating that, among other things, Lucas previously stated that the videos and channel were his. These claims were made in response to an earlier YouTube takedown request.

The court sided with Epic Games and denied the motion to dismiss the case. This prompted both parties to get together to see if the case could be resolved without going to trial. Fast forward four months, and Lucas and Epic Games have now agreed on a settlement and a permanent injunction.

A stipulated order filed at the North Carolina District Court, signed by both parties, clarifies that Lucas did use cheating software in his videos, which he profited from.

“Lucas publicly displayed the use of cheat software (‘cheats’ or ‘hacks’) to  third parties for personal gain via his YouTube channel, ‘Golden Modz’, by playing in squads with players who were using cheats while playing Fortnite in at least nine videos posted on his YouTube channel.

“Lucas infringed Epic’s copyrights in Fortnite by creating and publicly
displaying unauthorized derivative works of Epic’s copyright protected Fortnite code in videos of himself and/or others on Lucas’ YouTube channel,”  the stipulated order reads.

Both Lucas and Epic Games agree that the violations of the Copyright Act caused great and irreparable harm to Epic which can’t be fully compensated or measured in money.

Despite this claim, there is no damages or settlement amount mentioned in the paperwork. It is possible that Lucas agreed to compensate Epic Games outside of court, but the details of the settlement are not public.

The stipulated permanent injunction is published in full. This prevents Lucas from engaging in any infringing activity of Epic Games works in the future. In addition, he is not allowed to develop, promote, or link to, any cheating tools for Epic’s games.

The operator of the Golden Modz waived his right to appeal and faces $5,000 in damages in the event that any terms of the agreed injunction are violated.

The co-defendant in this case, Colton Conter, also agreed to a similar settlement and injunction earlier this year.

Golden Modz wisely refrained from posting any videos with Fortnite cheats, but the same can’t be said for GTA V.

“USING AIMBOT in GTA Online to make kids rage on the mic! 5,000 likes for part 2!!! Buy Modded accounts and GTA 5 services here – https://gatorcheats.com/,” the description of a recent video reads.

While the injunction doesn’t prevent Lucas from using GTA V cheats, these videos are not without risk either. GTA V’s Take-Two Interactive has also filed several lawsuits against alleged cheaters.

In fact, the company just filed a new case against several John Doe defendants who are believed to be involved with the cheating and ‘griefing’ software Evolve. As such, the company may not be happy with Golden Modz activities either.

A copy of the stipulated order and permanent injunction is available here (pdf). While it’s agreed on by both parties, the US District Court Judge has yet to sign it. That’s usually just a formality. 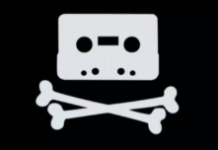