With millions of users uploading huge quantities of content every day, YouTube is the largest video platform on the planet.

Of course, not all of this content is licensed for upload and as a result, YouTube regularly finds itself at the center of copyright holder disputes. Usually, complaints are handled with a Content ID match or a straightforward takedown process but some content creators prefer to take things a little further.

Controversial reality TV show Cheaters deploys its own ‘Cheaters Detective Agency’ to carry out investigations on behalf of individuals who suspect their partners are committing adultery and similar infidelities. Created by writer Bobby Goldstein, Cheaters launched in 2000 and has reached season 19, airing on various legal TV outlets around the world.

However, there are many hundreds of Cheaters episodes available on YouTube too, uploaded by users in breach of copyright. Collectively these videos have been viewed millions of times and for Bobby Goldstein Productions (BGP), the owner and rightsholder of more than 227 Cheaters episodes, enough is enough. 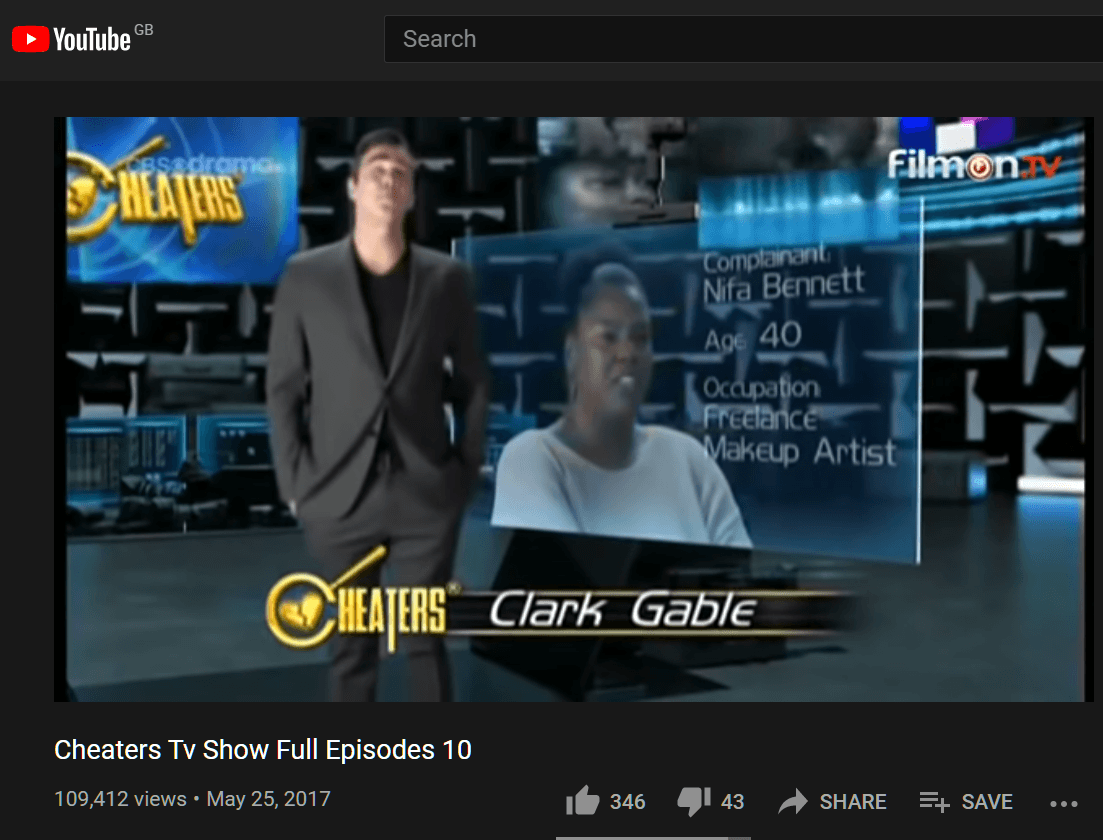 In an application for a DMCA subpoena filed against YouTube in a Texas court, BGP attorney Jeffrey R. Bragalone is now seeking to obtain the identities of more than two dozen YouTube account holders who uploaded Cheaters episodes to the video platform, so that the company may enforce its rights.

The application begins by reminding YouTube of its legal position, noting that since it displayed and reproduced infringing episodes, it may be liable to hand over all of the profits it generated from them. Alternatively, under 17 U.S.C. § 504(c), YouTube may be liable for statutory damages of up to $150,000 per infringing work.

BGP’s attorney then issues a formal demand to YouTube, demanding that it immediately cease-and-desists from hosting and displaying the episodes in question, noting that failure to comply will be considered as evidence of willful intent in the event of a lawsuit. 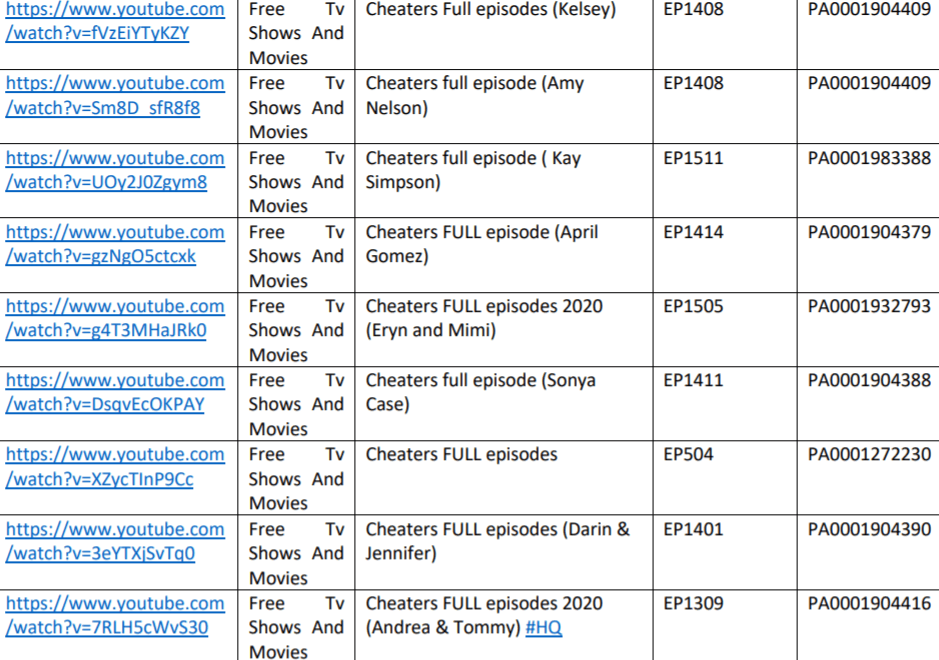 At the time of writing and after testing a sample of the URLs listed by the company, the allegedly infringing videos (including the small selection in the image above) appear to remain live on YouTube but given the official nature of the complaint, that position is likely to change in the coming days. Nevertheless, a simple takedown won’t be enough to fulfill the requirements of the subpoena.

In the first instance, BGP is seeking to find out the identities behind the YouTube user accounts that uploaded the infringing videos. There are more than two dozen in total, some of which are dedicated to the show, some that offer various TV shows and movies, and others that appear to have uploaded episodes in a less organized fashion.

In addition to user information, BGP is also seeking information that could be helpful should it file lawsuits against the listed YouTube users and potentially the platform itself in the unlikely event content isn’t taken down. The requested evidence includes the total page views and/or downloads of the infringing URLs/videos, plus an account of total revenues and gross profits relating to the display of the offending material, including all advertising and/or affiliate revenue.

“This information must be provided with accompanying documentation, including financial and other business records, supporting the responses given to these questions,” the DMCA subpoena application reads.

In addition, BGP is demanding that YouTube preserves all communications relating to the videos, including emails, voicemails and instant messaging, any and all related documents, network access and server activity logs, plus any other relevant information.

“Should you fail or refuse to take down the Subject Videos, our client will have no choice but to file a complaint against your company seeking immediate injunctive relief, as well as compensatory, statutory, and punitive damages, attorney’s fees, and costs,” BGP concludes.

After being filed earlier this week, the case was reviewed by Judge Rodney Gilstrap. In his order, he noted that BGP had complied with all of the components required to obtain a subpoena. So, in an order issued Wednesday, the Judge ordered YouTube to comply by supplying the information sought.

The related documents can be found here (1,2,3. Judge’s order here)