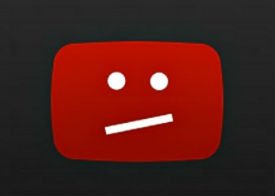 They accused YouTube of failing in its copyright responsibilities by denying smaller artists from accessing its takedown tools (Content ID), failing to terminate repeat infringers, and profiting from piracy. YouTube was not impressed.

In an early fightback, YouTube said that Pirate Monitor and/or its agents had opened bogus YouTube accounts to upload its own videos and then filed takedown notices against the same content claiming that its rights had been infringed. This, YouTube said, was a ploy to gain access to its Content ID system after Pirate Monitor had been previously denied.

Early January there were signs that the claims against YouTube were starting to unravel. YouTube said that there was no legal basis to allow Pirate Monitor to access Content ID and Schneider already has access to Content ID through her publishing agent, who had used it for years on her behalf. Furthermore, YouTube added that the original complaint failed to allege even a “single instance of infringement” for Schneider’s works and in any event, Schneider’s publishing agent had already granted YouTube a license to use all of her musical works, effectively negating all copyright claims.

With arguments over discovery continuing, YouTube has now amended its counterclaim. The additional details appear to undermine the case against Pirate Monitor further still, with allegations that the company and its operator are behind an elaborate and unlawful scheme to manipulate YouTube to support a lawsuit.

While not mentioned in YouTube’s filing, information online indicates that Csupó is the founder of animation studio Klasky Csupo, which produced shows like Rugrats, Duckman, Stressed Eric, and Aaahh!!! Real Monsters. Klasky Csupo also animated The Simpsons cartoons that first appeared on The Tracey Ullman Show. The company continued its involvement in The Simpsons for its first two seasons.

YouTube says that Pirate Monitor is refusing to cooperate with discovery but it has managed to determine that Pirate Monitor has no employees other than Csupó, who presides over an “inadequately capitalized shell corporation” that “disregards corporate formalities” and was set up for the purposes of the action against YouTube.

“Csupó created Pirate Monitor LTD after his personal liability for the acts alleged herein first arose, and his misuse of the corporate form is continuing. As a result, Csupó is responsible, and personally liable for, not only his own actions, but the acts of Pirate Monitor LTD as well,” YouTube writes.

According to YouTube, Pirate Monitor, Csupó and/or their agents opened YouTube accounts using bogus account information to upload videos. YouTube says this was done to mask the fact that those who subsequently filed copyright complaints to have the same content taken down were acting in concert. YouTube identifies two dozen accounts (all with Gmail addresses including the phrase ‘ransomnova’) that were created via an IP address in Pakistan and used to upload videos listed in the original complaint.

At the time, YouTube says it was unaware of the connection between Pirate Monitor, Csupó, and the ‘Ransomnova’ accounts, so when it received around 1,800 DMCA takedown notices from Pirate Monitor and Csupó, it took the necessary action to remove the allegedly-infringing videos. It appears they were effectively taking down their own content, ostensibly to gain access to YouTube’s Content ID system.

YouTube says that Pirate Monitor and Csupó are in possession of information that would reveal their “unlawful scheme” but to date has refused to provide anything in response to discovery requests.

But even without cooperation, YouTube says it already has “overwhelming evidence” that Pirate Monitor and Csupó operated the accounts, either directly or indirectly. YouTube says that the clips uploaded were mostly 31 seconds long and did not correspond to particular moments from the films they came from.

Furthermore, they were given nondescript names, suggesting that the uploader didn’t intend regular YouTube users to find them. Nevertheless, Pirate Monitor and Csupó did manage to find them, and sent takedown notices within a few days of the uploads, despite many of the videos failing to clock up even a single view on YouTube.

An Even More Significant Smoking Gun

YouTube alleges that when Pirate Monitor, Csupó and/or their agents uploaded supposedly infringing videos to YouTube, they attempted to conceal their identities by uploading from a Pakistani IP address. However, when taking that same content down, they had no reason to do so, sending DMCA takedown notices from a Hungarian IP address.

then, on November 12, 2019, YouTube says that someone logged into one of the Ransom Nova accounts – not from the usual Pakistani IP address – but from the same Hungarian IP address used to send the takedown notices.

This allegation is not new but YouTube now goes further by naming the individual behind the ‘RansomNova’ accounts. Based on email address information supplied to YouTube, the platform was able to identify Sarfraz Arshad Khan, a resident of Pakistan who advertises himself as a computer services freelancer with expertise in the promotion of content on YouTube.

Khan’s LinkedIn profile is posted under the name ‘Ransom Nova’ and YouTube believes he was hired by Pirate Monitor and Csupó to upload the ‘pirate’ videos which were later taken down based on allegations that they infringed copyright.

YouTube also requests damages against the same for acting fraudulently and requests an injunction to prevent any similar behavior moving forward.