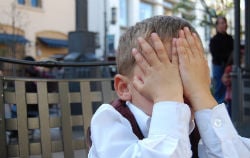 
A copyright holder recently filed a complaint that resulted in a URL being added to Russia’s anti-piracy register for alleged TV show piracy. While that’s nothing out of the ordinary, the URL in question was Yahoo.com, one of the world’s most-visited domains. As a result, Yahoo’s entire platform was added to Russia’s blacklist where it remained for four days.

One of the key anti-piracy tools at the disposal of rightsholders in Russia is the memorandum signed by leading tech and entertainment companies in 2018.

The agreement saw the creation of a centralized database of allegedly infringing content that is queried every few minutes by internet companies. When referenced content is spotted by search engines, for example, corresponding links in search results are removed automatically, with the aim of making pirated content harder to find.

Over the past several years this system has assisted in the removal of millions of links and there is momentum for even more parties to get involved. However, the blacklisting system is not without problems, as became evident following a blunder last week.

As part of its regular takedown efforts, Star Media Distribution LLC recently filed a complaint alleging that its rights in the TV series “Secret Love” were being infringed online. The problematic URL was subsequently added to Russia’s infringing content registry on October 26, according to a Kommersant report.

This meant that companies signed up to the memorandum were required to delist it from their platforms but that didn’t happen without issues. For reasons that are still not clear, an unspecified rightsholder error meant that the domain Yahoo.com was placed on the blacklist. Yahoo.com is one of the world’s most-visited domains with more than three billion visits per month.

As required under the memorandum, local search giant Mail.ru (operated by VK) appears to have queried the blacklist database and concluded that Yahoo.com had been designated as infringing by the registry’s operators. It then blocked the entire domain in its search results, meaning that for Mail.ru’s search users, competitor Yahoo! no longer existed.

This situation appears to have persisted for around four days until the alarm was raised. VK/Mail.ru says that it informed the operators of the registry that adding an entire domain to the blacklist was wrong and after review, the domain was indeed removed. However, the error has now attracted the attention of other search companies and the government.

On October 29, search giant Yandex sent a letter to the Media Communications Union, the entity that manages Russia’s piracy blacklist. As seen by Kommersant, the letter requested that the body should immediately check the legality of adding Yahoo.com to the database.

Unlike Mail.ru, neither Yandex nor Rambler removed Yahoo’s domain but as Yandex points out, the terms of the memorandum dictate that all incoming complaints should be first checked by the registry to ensure they are valid. In this case, Yandex believes that something went wrong.

“[When the system is followed] abuse and erroneous blocking of domains of legal resources can be avoided. This should be an extreme step, since in the event of an error, both the site owners and their partners and users may suffer,” the letter reads.

Responding to the fallout from the erroneous blacklisting of Yahoo, the Russian government stressed that before sites are added to the country’s blacklist, the owners of those sites should be warned of what is about to happen. In addition, evidence should be provided that postings are indeed illegal and this evidence should be verified, to ensure mistakes such as this are avoided.

Star Media, the company that filed the complaint, declined to discuss the error in detail other than to say the issue was being “dealt with”.