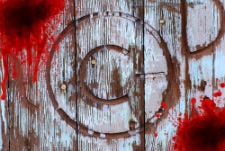 This can include uploads with appropriate licensing or content posted within the guidelines of ‘fair use’, including criticism or parody, for example. However, posting content within these parameters is no guarantee against legal action, as a case in Australia now shows.

Case Before the Federal Court in Australia

According to a judgment published by the Federal Court of Australia this week, the International Wushu Federation (IWUF) – the world governing body for kung fu – is attempting to identify the person who posted allegedly copyright-infringing videos to YouTube.

Citing the infamous Dallas Buyers Club v iiNet case of 2015, among others, the IWUF asked the Court to compel YouTube owner Google to hand over all the information it holds that would enable the martial arts organization to identify the operator of the YouTube channel ‘Wushuleaks’.

The judgment notes that IWUF “is considering commencing proceedings” against the Wushuleaks operator but at present is unable to identify them. On June 4, 2021, Justice Beach made orders that granted IWUF permission to serve the application on Google in the United States. Google has chosen not to appear in the proceeding but says it will comply with the Court’s orders on a voluntary basis.

Background to the Application

Affidavits include those submitted to the Court by Walter Patrick Missingham, the current Vice President of IWUF and Paul Francis Horvath, IWUF’s solicitor. According to the latter, IWUF is the “ultimate copyright holder” of all material related to IWUF competitions and demonstrations, which includes footage of competitions.

Missingham told the Court that in late 2019 he became aware of around 24 videos posted to the Wushuleaks channel that he identified as IWUF copyright works. These videos were not only unlicensed but allegedly contained defamatory statements about IWUF.

“Mr Missingham sets out transcripts of material from the videos posted on the Wushuleaks Channel,” Justice Rofe’s judgment reads.

“IWUF contends that the videos contain commentary that carries imputations that IWUF is a corrupt organization, that it manipulated competition results and that it corruptly accepts payments for favors and is involved in match fixing. Each of these are submitted to be imputations which would tend to lower the IWUF’s reputation in the eyes of reasonable members of the community.”

Why the Videos Are Of Interest to IWUF

The transcripts of the videos were not published by the Court this week but the fact that commentary exists in the videos suggests that at least some steps towards fair use/fair dealing took place before they were published.

However, whether any use is considered ‘fair’ is a matter to be decided in court and even success in that respect wouldn’t necessarily carry weight in avoiding a claim for defamation. This brings us to the content of those videos and why IWUF is prepared to go to court to find out who is behind Wushuleaks.

Aside from the summary comments from the Judge based on Missingham’s transcripts, there are also some clues in the YouTube video URLs published in the judgment. All have been taken down by YouTube, either displaying a message that they were removed due to a copyright claim or due to the account being terminated.

However, at least one of the URLs is directly cited in a news report that was published by Turkish daily news outlet Birgun.net late January 2021.

According to this report and others (1,2) published in Turkish media, Wushuleaks’ videos reportedly analyzed IWUF competition and came to the conclusion that one of the competitors also acted as a referee in the same competition.

Additional articles published on other local platforms report the type of allegations cited in IWUF’s affidavit filed with the Federal Court, i.e the manipulation of competition results and the acceptance of payment for favors. No concrete evidence is provided in the publications to back up these statements but it seems possible, given the Judge’s summary of the allegations in the Australian matter, that similar claims were made on the Wushuleaks channel.

Federal Court Happy For the Action to Go Continue

“IWUF contends that it may have a right to obtain relief against a prospective respondent for infringement of copyright in certain copyright works of which IWUF is the copyright owner, and for defamation,” Justice Rofe’s judgment reads.

“IWUF submits that the proceedings contemplated by it against the operator of the Wushuleaks Channel for breach of copyright and defamation have prospects of success and are not merely speculative.

“IWUF does not need to establish the existence of a prima facie case against a prospective respondent. It is enough if IWUF can show that it may have a right to obtain relief. This threshold has been described as ‘not onerous’,” the Judge adds.

Why this matter is being pursued in the Australian courts is unclear. However, the Judge writes that since it is reasonable to infer that the videos could have been viewed or downloaded by people in Australian territories, the action can go ahead at this stage. If a full lawsuit for infringement and/or defamation does go ahead, the Court would need to see evidence to show that was the case. However, with words like “contemplating” and “considering” being used to indicate whether a lawsuit will be filed, questions remain.

In any event, Google is now required to hand over the personal details of the Wushuleaks channel operator, including their name, email address and date of birth. Quite what IWUF intends to do with that information moving forward is unclear.

The Federal Court’s judgment can be found here