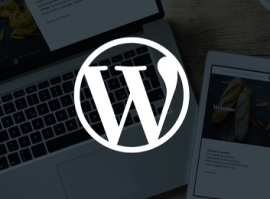 
WordPress parent company Automattic reports that the number of DMCA takedown notices it received increased by more than 50% last year. What stands out most, however, is the fact that 83% of all notices were rejected, often as a result of inaccurate automated takedown processes.

Compared to other online services such as Google and Reddit, the numbers are relatively low. That said, there are some figures that clearly stand out.

This week Automattic published its latest transparency report, revealing that it had processed 18,594 DMCA takedown notices during 2020. That is more than a 50% increase compared to last year.

Unlike other services, the company doesn’t report how many URLs are targeted. A single notice can include dozens or hundreds of links, which means that the number of targeted WordPress pages is much higher.

That said, there is one figure that immediately caught our eye – the rejection rate. Last year, Automattic rejected 83% of all DMCA notices in their entirety.

This rejection rate clearly stands out, when compared to other online services. For example, last year Reddit rejected 27% of all takedown requests, for Google this number is roughly 10%, while Bing rejects less than 0.5% of all requests.

Commenting on the data, Stephen Blythe, Community Guardian at Automattic, informs TorrentFreak that they have seen a significant bump in rejections last year. This is mainly due to an increase in automated takedown notices.

Unlike the name of the company suggests, Automattic doesn’t process these requests automatically. In fact, all DMCA notices are reviewed by humans, who spot plenty of errors. This leads to a relatively high rejection rate.

“Our team manually scrutinizes takedown reports and rejects any which we identify as failing to meet the requirements of the DMCA – rather than simply processing takedowns automatically. By its nature, that will result in a higher rate of rejection,” Blythe confirms.

Automattic is trying to get a number of prolific takedown senders to change their practices to reduce these kinds of notices. They have booked some success on this front. For example, the Spanish anti-piracy company ‘3ants’ adjusted its takedown process, which benefited both parties.

Not All Senders are Open to Change

However, other companies are not as open to change and continue to send automated takedown notices in bulk.

“Unfortunately not every complainant is as cooperative as 3ants. For years we’ve been speaking out against abuses of the DMCA such as the use of automated systems which flood platforms with takedown notices regardless of context,” Automattic previously noted.

“These methods are often prone to error and make it difficult for platforms to prioritize valid notices submitted by individual rights holders.”

In 2021 Automattic is expected to reach the 100,000 takedown notice milestone. Since the company began counting complaints in 2014, it has processed 93,430 DMCA takedown requests, of which 70% were rejected.