Anti-piracy outfit Web Sheriff is somewhat of an icon in the copyright protection industry. The company has protected rightsholders for over two decades and has seen many piracy platforms gone and gone. However, Sheriffs can make mistakes too, and flagging several Ubuntu URLs as copyright-infringing content, seems to fall in that category.

The Web Sheriff, founded by copyright lawyer John Giacobbi, has protected the Internet from pirates for more than two decades.

In the early days, Giacobbi became somewhat of a cult figure thanks to his polite style and trademarked letterhead. This set him apart from other anti-piracy crusaders who usually sent DMCA takedown requests with a more aggressive lawyer-like style.

The Sheriff once had a lively discussion with The Pirate Bay folks, who then sent him this invoice fax. Not much later relationships deteriorated even further after the Sheriff announced he would sue the site’s operators in the US, France, and Sweden, but not much came of that.

In recent years the Web Sheriff hasn’t been in the public eye much but his firm continues to patrol the web. Every week, it sends thousands of takedown notices to various online services, targeting allegedly infringing links. These links are at least in part generated by automated tools, which are far from perfect, it seems.

Web Sheriff Can Miss Too

This week we stumbled upon a series of takedown notices Web Sheriff sent to Google. These point out several infringing links to pirated copies of Magnolia Pictures films including “The Final Year”, “Person to Person”, and “2:22“.

While some of the URLs do indeed point to pirated content, many don’t. The Sheriff finds it particularly problematic to spot pirated “2:22” movies. Most of the links in this takedown notice point to unrelated content, including IRC logs on Ubuntu.com.

We assume that these links are gathered by some automated system that searched for 2:22. And indeed, the Ubuntu IRC logs are from 2/22/2017, but that’s the only similarity we could find. That’s also true for many other URLs in the notice.

This isn’t an isolated incident either. We found two other notices that were sent to Google which also list harmless Ubuntu.com URLs, presenting these as links to pirated content. Those URLs supposedly infringe the rights of the movie “Results“.

Intriguingly, Ubuntu isn’t the only Linux distribution that’s highlighted in the notice, there are several Fedora URLs as well. And there’s a long list of Medium posts about election and test results, which have nothing to do with the “Results” film.

We could probably find many other overbroad requests but manually checking notices for errors actually takes a lot of time. That is, perhaps, why this problem exists in the first place. That said, for takedown senders, it may be wise to add Ubuntu.com and other URLs to a whitelist.

Once again, these examples show that automated filters are far from perfect. In this case, the Ubuntu mistakes were caught by Google and not removed from the search engine. However, as we have highlighted in the past, in other cases legitimate URLs simply disappear. 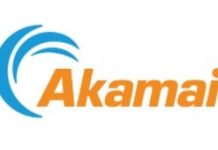 Online Pirates Are Clever But Not Unbeatable * TorrentFreak 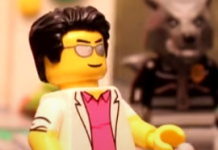