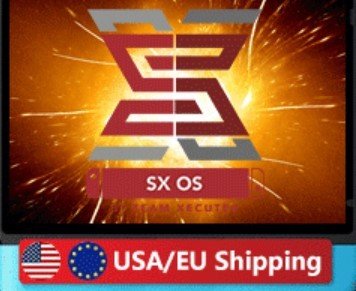 
The U.S. Government has indicted three members of the infamous group Team-Xecuter, the masterminds behind various Nintendo hacks. Two of the members have been arrested and are in custody., but the group’s website remains online. According to the Department of Justice, Team-Xecuter is a criminal enterprise that profits from pirating video game technology.

The group has been chased by Nintendo for years, but today, their operation has become the center of a criminal case prosecuted by the US Government.

The US Department of Justice just announced that two members of Team-Xecuter were arrested recently. Max Louarn, a 48-year-old French national, and the 51-year-old Gary Bowser from Canada are in custody and charged in a criminal conspiracy. The indictments also name a third defendant, a Chinese man named Yuanning Chen (35), who remains at large.

The three indicted members are just a minority of the total group. According to the US authorities, there are more than a dozen Team-Xecuter members scattered around the world. These members help to code and create the Nintendo hacks, but they are also suspected of being involved in the production and sale of these devices.

The indictment portrays Team-Xecuter as a criminal enterprise and notes that its members did their best to evade law enforcement by using a variety of brands, websites, and distribution channels.

“These arrests show that the department will hold accountable hackers who seek to commandeer and exploit the intellectual property of American companies for financial gain, no matter where they may be located.”

At the time of writing the official Team-Xecuter website remains online. Various online stores are also still selling the group’s chips, including the latest SX Lite, and the SX Core for the Nintendo Switch.

Team-Xecuter has repeatedly stressed the legal uses of its hacks. Speaking with TorrentFreak, Team-Xecuter defended its work just a few weeks ago

“We are firm believers of the right to repair legislation, a growing movement to counteract the monopolistic control over hardware which is the property of the consumer who paid for it in the first place,” Team-Xecuter said at the time.

According to the Department of Justice and the FBI, this was nothing more than a facade.

Defendant Bowser resided in the Dominican Republic when he was arrested in September and has since been deported to the US. Louarn is in custody in Canada pending a U.S. extradition request, so he can stand trial in the US.

This is a breaking story, we may amend this article and will report on the exact details of the charges in future reporting.