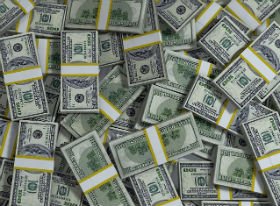 
A federal court in New York has ordered a local resident to pay $108,750 in damages for sharing over a hundred pirated videos. The judgment follows a complaint from adult entertainment company Strike 3 Holdings which went uncontested in court. Meanwhile, over in Illinois, a previously accused BitTorrent pirate celebrated a victory.

By now most BitTorrent users should be well aware that their IP-addresses and downloads can be easily monitored.

This has resulted in hundreds of thousands of lawsuits against video pirates, both in the US and abroad.

In the US the vast majority of these cases are filed by Strike 3 Holdings. The company produces adult entertainment videos that are made available via the Blacked, Tushy, and Vixen websites. When these videos leak and are shared on pirate sites, Strike 3 takes action.

This scheme, which is often referred to as copyright-trolling, can be both simple and lucrative. The company files complaints against John Does who are initially only known by an IP-address. It then requests a subpoena to obtain the subscriber details to demand a settlement from the account holder.

In many cases, the accused pirate will settle out of court. Those who refuse to do so will be named in the lawsuit, where they are allowed to file a defense. At that point, the stakes have become significantly higher.

Retaining a lawyer can be more costly than a settlement, which isn’t a luxury everyone can afford. The alternative is to simply ignore the lawsuit by not responding at all. That initially doesn’t cost anything but, at the end of the road, it may only make matters worse.

This is what happened to ‘Paul H’ who was sued by Strike 3 Holdings in 2018. The company accused him of sharing 145 of their videos via BitTorrent without permission. In addition, the company also monitored other piracy activity that was linked to ‘interests’ from his public social media profile.

For example, the complaint mentions that Paul works in the engineering industry, has an interest in science, and likes the TV-show Myth Busters. This matches with the download history, which includes Myth Busters downloads as well as engineering, astronomy, and chemistry e-books.

Despite these direct accusations, the accused pirate didn’t file a response to the complaint. He didn’t respond at all, which prompted Strike 3 to file for a default judgment. While the company only requested the minimum statutory damages of $750 per title, that adds up to a massive amount.

Earlier this month the court handed a relatively easy win to Strike 3, concluding that the adult entertainment company has a legitimate claim and that the damages are reasonable. As a result, Paul H. now owes Strike 3 $108,750 in damages.

If anything, the above shows that completely ignoring these cases can be disastrous. Although defendants may rightfully feel that all options are bad when it comes to these matters, it can’t get much worse than this.

While we don’t know if the defendant was indeed guilty or not, people who are sued despite being innocent should definitely consider fighting back. There have been numerous examples of Strike 3 and similar companies dropping claims when they are contested.

In fact, in some cases, defendants come out as the clear winners. That’s also what happened in a Malibu Media lawsuit recently.

Like Strike 3, Malibu Media is known as a prolific filer of ‘copyright-trolling’ lawsuits. While the company appears to have stopped filing federal lawsuits months ago, there are still unresolved cases in various court dockets. This includes one where it accused William Mullins of downloading 11 pirated videos.

Mullins fought back and contested the evidence up to the point where Malibu Media agreed to dismiss its claims. However, that wasn’t the end of it. Mullins continued to fight the case, demanding compensation for the legal fees he paid over the years.

The defendant argued that Malibu Media didn’t properly back up its claim and repeatedly refused to hand over evidence of the alleged infringement. After weighing all factors, the Illinois federal court agreed with the defendant, ordering Malibu to pay his attorney’s fees.

The above shows that fighting back can help, but even with a success like this, the end result is far from perfect.

Even though the accused downloader came out as the winner, the court only awarded the costs that were made before November 14, 2019, the date when Malibu dropped its claims. This means that in the end nobody is really happy with the outcome.