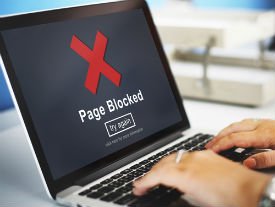 
The largest university in Denmark has signed a code of conduct with local anti-piracy outfit Rights Alliance to block access to pirate sites. Aarhus University will voluntarily prevent its 38,000 students from accessing sites that have previously been ruled illegal by a court, but without being served with a court order itself.

Today’s site-blocking measures to counter online copyright infringement may seem relatively new but Denmark has been engaged in the practice for almost 15 years.

After initial target AllofMP3 was first ordered to be blocked by local ISP Tele2 back in 2006 following action by the IFPI, anti-piracy group Rights Alliance picked up the baton. As a result, almost 500 sites are now blocked by ISPs in the country but not all are legally required to do so.

This is the result of a Code of Conduct agreed with local Internet providers, which voluntarily block pirate sites once a court has ruled them to be illegal. This agreement was renewed in the summer and now helps to quickly block torrent, streaming and similar platforms that switch domains or deploy proxies to circumvent blocking orders.

Interestingly, it now transpires that Rights Alliance has managed to expand this voluntary scheme beyond consumer ISPs to encompass the country’s largest university.

Based in the second-largest city in Denmark, Aarhus University currently plays host to 38,000 students, 1,800 PhD students, and 8,000 employees. After being established in 1928, it’s now the country’s largest university and probably has its fair share of students choosing to scoop up movies, TV shows and music from pirate sites.

That, however, will be more difficult moving forward.

On August 20, 2020, Rights Alliance and Aarhus University entered into a Code of Conduct Agreement that requires the education facility to prevent users of its network from accessing pirate sites. Whether a site is given this label will be down to the courts, which will have to rule that a site is seriously infringing before it gets blocked under the agreement.

According to Rights Alliance, which reported the news Monday, the agreement will put the university on an equal footing with the country’s Internet service providers when it comes to voluntary action against pirate sites.

“The illegal services are run by criminals and undermine the livelihoods of creative producers. It is therefore crucial that the blocking of the services is as effective as possible, and that public institutions and the like that offer Internet access participate in the blocking effort,” a statement from the anti-piracy group reads.

“The fact that an institution as large and significant as Aarhus University engages and participates in the efforts against illegal services helps to ensure the effectiveness of the Rights Alliance’s blocking efforts against the illegal market, thereby strengthening the strength of Danish cooperation between rights holders, Internet providers and authorities.”

As the founder of pirate site blocking as we know it today, Denmark is keen to expand its efforts in this arena. Rights Alliance is now looking for other “significant network providers and institutions” to join its voluntary scheme in order to put further pressure on the pirate market.