Several weeks ago the Ukrainian government announced the launch of a new campaign to crack down on online piracy. According to the country’s cyberpolice unit, 30 ‘pirate resources’ have been closed, 19 criminal proceedings are underway, with progress also reported against ‘camming’ and live TV piracy.

After being regularly featured in the USTR’s ‘Priority Watch List’ for failing to do enough to protect intellectual property rights, Ukraine has been under pressure to act against piracy.

As a result, Ukraine’s cyberpolice unit has made several announcements since mid-2018 indicating they are doing just that.

Last June, police shut down Olainfilm, a streaming site with half a million users. Then in February 2019, authorities announced that dozens of sites, allegedly operated by the same man, had also been closed down.

Building on this work, several weeks ago the Ukrainian government announced the launch of “Operation Pirates”, an anti-piracy initiative aimed at tackling all forms of piracy. With that specific effort now complete, it appears that most actions have been taken against pirates exploiting video content.

According to an announcement by the country’s cyberpolice unit, the operation closed “more than 30 pirate online cinemas”, a term that is most often used to describe streaming sites. In total, 19 criminal proceedings are now underway for alleged copyright infringement offenses.

Police haven’t provided a full list of fallen sites but four – three of which with relatively significant traffic – were named in a report last month. They were operated by two brothers, one of whom works for a high-level government department handling taxes and customs while tackling fraud.

Of the 30 sites closed by police, 13 were allegedly operated by one man based in Lviv, the largest city in western Ukraine. His motivation is said to be the revenues generated by advertising on the platforms.

Given that so-called ‘camming’ is considered a particularly damaging form of piracy, Hollywood will be pleased that Ukrainian police have also captured their very first ‘cammer’.

According to the authorities, a case has been filed against a “young man” who was caught filming movie premieres for distribution via pirate sites. The man, from the city of Kryvy Rih in the Dnipropetrovsk region, now faces up to two years in prison for alleged violations of Part 1 of Art. 176 (Violation of copyright and allied rights) of the Criminal Code of Ukraine.

In addition to tackling piracy of movies and TV shows, the Ukrainian authorities say that they’ve also been investigating people involved the illegal transmission of thousands of live TV channels. No arrests have been reported in connection with the investigation.

“The completion of the operation does not mean that work in this direction is stopped,” said Ukrainian cyberpolice chief Sergey Demedyuk.

“We continue to take measures to expose so-called pirates and are ready to interact with the right holders to respond to the violation of their rights. So, we call on interested parties to cooperate in countering piracy.” 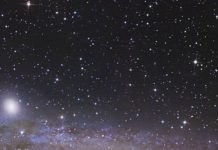