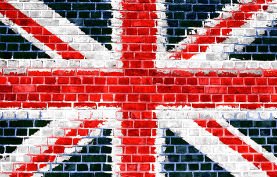 Every year the UK Government publishes a new edition of its Online Copyright Infringement Tracker.

This report is the result of an annual survey that polls the piracy habits of people twelve years old and above.

Earlier this week the UK Intellectual Property Office published the tenth wave of the report. As always, there are some positive changes compared to earlier years, as well as some negative ones.

Starting with the good news, the study finds that the overall level of copyright infringement across all content categories has dropped. In previous years this number was stuck at 25% but has now reduced to 23%. This means that nearly a quarter of the people who consumed online content have used illegal sources.

While this is a big number, the survey also shows that many of these pirates consume content legally as well. For example, 20% of all film fans occasionally pirate content, but only 3% use piracy services exclusively.

The same effect can be found in other content categories, including music consumers of which 18% used unauthorized sources last year, but only 2% did so exclusively. For games, these numbers are 10% and 2% respectively.

For the above categories, a relatively small percentage of the pirating public used illegal sources exclusively. However, that picture is the other way around for software and digital magazines, where the majority of all pirates never purchased anything legally.

This brings us to the motivation people have to pirate content. Here we see a familiar picture emerge as well. People pirate because something is not available or because they can’t or don’t want to pay additional costs.

Movie fans, for example, may not want to pay for yet another monthly streaming subscription to see a film. Or, the content they desire may not be legally available at all, as we have seen with some of this year’s Oscar contenders.

COVID Had a Limited Impact

Despite some small shifts in piracy levels not much has changed. There is a small decline in music, movie and TV piracy, while the proportion of sports, gaming and software pirates increased a bit.

Interestingly, the COVID pandemic doesn’t appear to have a strong or lasting effect. Some people reported that their piracy activity increased, but there aren’t necessarily more people who pirate.

How to Stop Pirates?

While the yearly reports help to track how piracy trends develop over time, it does little to address the problem. However, the latest report does give some advice on how to motivate pirates to ‘go legal.’

The study tested a variety of messages focused on the negative consequences of piracy, to see what would make pirates change their behavior. This leads to some interesting insights.

For example, mentioning the financial losses of big corporations or the broader economy has virtually no impact. People don’t seem to care that the revenue of major movie studios or sports organizations is impacted.

A more effective approach, according to the study, would be to focus on the financial impact piracy has on individual artists and employees who work in the creative industries. Those messages even impacted hardcore pirates, who also showed concern about their own risks, including malware and viruses.

Finally, hasher punishment could work as well, according to one of the report’s conclusions.

“There is potential to explore messages around risk of greater legal action and consequences for those who infringe – this is not currently seen as a viable threat but was mentioned by a few as a potential deterrent if enforced more widely.”

A summary of the tenth copyright infringement tracker survey is available on the UK Intellectual Property Office website.

While not mentioned, it may also make sense for the entertainment industries to change something themselves. After all, harsher publishment is not going to improve the convenience, availability, and cost of legal alternatives.