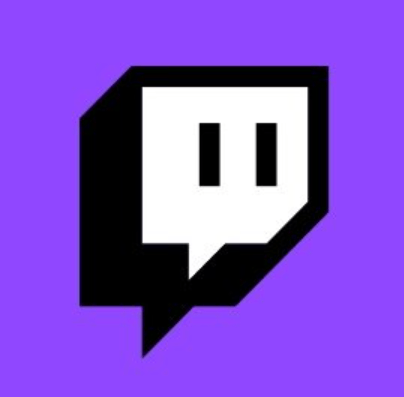 Keeping advertising off pirate sites has become one of the key goals of entertainment industry and anti-piracy groups.

The theory is that if brands can be encouraged not to place their ads alongside infringing content, pirate sites will be starved of much-needed revenue.

To achieve this goal, various coalitions have created their own pirate site ‘blacklists’ so that known pirate players can be screened out as potential advertising partners.

Last week we reported that Russia had thrown its weight behind the project, signing a memorandum of understanding to add its own database of infringing domains to the WIPO ALERT database.

Japan-based anti-piracy group CODA has now revealed that on September 23, 2020, it too signed an agreement with WIPO, joining Italy, South Korea, Brazil, Spain, and Russia in the program. The difference in CODA’s case, however, is that while the other countries’ databases are run by governments, the Japanese anti-piracy group is the first contributor from the private sector.

At the same time as announcing its membership, CODA revealed that Ukraine had also signed an agreement to integrate its advertising blacklists into the WIPO system. The country’s ‘Clear Sky’ anti-piracy initiative confirmed the news, noting that the Ministry of Economic Development, Trade and Agriculture had signed a memorandum of understanding with WIPO.

“Today there are more than 1,500 such [infringing] resources on our list. We are delighted that WIPO has initiated a similar project at the international level,” said Vyacheslav Mienko, head of the ‘Clear Sky’ initiative.

“Ukraine, represented by the Ministry of Economy, joined the project, and this gives us the opportunity to declare our resources to the WIPO list, containing claims from Ukrainian rightholders. We are confident that the international status of such a list will create additional motivation for the advertising market to control the placement of advertising.”

As we mentioned last week, there’s nothing fundamentally wrong with advertisers wanting to keep their ads off piracy portals. That being said, with no country prepared to publish its blacklists in public, it’s impossible to examine those lists for errors, blunders, or questionable entries. Surprisingly, Ukraine changes all that.

Via its Blacklists.org.ua website, Ukraine helpfully provides a Google spreadsheet of all its blacklisted sites, i.e platforms rightsholders feel shouldn’t carry advertising from responsible companies so should be boycotted.

In the main, Ukraine’s list is a fairly uncontroversial read, with various rightsholders complaining about hundreds of known torrent and streaming portals that are clearly engaged in mass distribution of unlicensed content. However, when taking a really close look, there are sites on the list that will raise eyebrows.

Twitch.tv Set to Be Blacklisted by the WIPO ALERT System?

At the time of writing there are around 1,300 alleged ‘pirate’ sites in the list but as the screenshot below reveals, not all is well.

At position 1098 we can clearly see Amazon-owned Twitch.tv, a platform offering video game live streaming, broadcasts of Esports competitions, and sundry other streams.

While Twitch isn’t immune to copyright-infringements carried out by a minority of its users, in this database it’s clearly labeled as a problematic platform that shouldn’t be advertised on. The site’s responsiveness to DMCA takedown notices seems to been pushed aside.

The text in blue is a reference to the entity that reported Twitch to the blacklist, in this case the Ukrainian Anti-Piracy Association. Quite why this anti-piracy group has an issue with Twitch is unclear but given the fact that the list is about to be ported over to the WIPO to advise rightsholders internationally, Amazon might have a problem on its hands.

Further down the list is another interesting entry, US-based streaming platform Veoh. The site was placed there following complaints from anti-piracy company 1+1Media but exactly why remains a mystery. Veoh has a strict copyright policy that not only removes infringing content but also terminates repeat infringers.

As a major contributor to the Ukrainian blacklist, which will soon form part of WIPO ALERT, no reasons are given for any of the hundreds of platforms 1+1Media has recommended for an advertising boycott. However, if people do have any complaints, they must direct their issues to the anti-piracy company contributors themselves. Clear Sky says that listings are not their responsibility.

Finally, there are a significant number of sites submitted to the blacklist by Getty Images. After checking a few at random it appears most are news sites which presumably used Getty’s photographs without permission. While that’s still infringement, these are certainly not pirate sites in the traditional sense.

That raises the question of where the red lines are drawn and whether any sites, not just obvious ‘pirate’ platforms, are at risk of being placed on these lists at the whim of an anti-piracy company or copyright holder.

Exactly Why Transparency is Needed

As mentioned earlier, Ukraine is the only country thus far to make its blacklist public and for that, it should be commended. While there some questionable entries, including very significant ones, it is this kind of transparency that will contribute to making more accurate lists that achieve their stated goals.

Whether WIPO will go down the same route with a published list of its own is unclear but if there’s a chance that blunders like the inclusion of Twitch and Veoh will get noticed, it should be worth considering. The alternative could be a mysterious fall in ad revenue for platforms that have absolutely no idea what is going on, despite complying with all relevant laws.