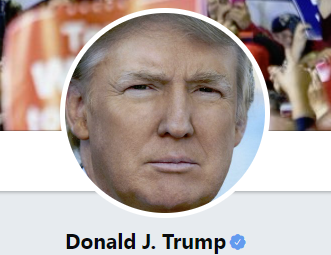 
Last month, lawyers acting for Donald Trump failed to have a court dismiss a copyright infringement lawsuit filed by musician Eddy Grant over the unlicensed use of his track Electric Avenue in a campaign video. Trump has now responded with an answer to the complaint which, among other things, claims that the civil lawsuit fails due to “Presidential absolute immunity.”

During the 2020 US presidential election campaign, then-President Donald Trump took to Twitter to post an animated video of a speedy train carrying his campaign logo ahead of Joe Biden on a railroad handcar, struggling to keep up.

In the background played an unlicensed copy of the 1982 hit ‘Electric Avenue’ by musician Eddy Grant.

The British singer-songwriter objected to being associated with Trump and in response, filed a lawsuit in a New York court, arguing that since Trump had not obtained permission to use the song, any use was an act of blatant copyright infringement.

Grant had previously offered to settle the claim in August but with that offer apparently rejected, the case progressed with Trump’s team attempting to have the lawsuit kicked out.

In their motion to dismiss, Trump’s lawyers said any use was protected under the doctrine of fair use. They claimed that Grant had created the track for entertainment purposes and Trump had used it for political commentary. This, they said, meant that the animation had a “fundamentally different and new purpose”, meaning that the use was transformative.

They also claimed that the quantity and quality of use of the song in the animation was de minimus since only 17.5% of the track was used, adding that the animation posed no threat to Grant’s licensing opportunities. U.S. District Judge John Koeltl was not convinced.

In short, the Judge concluded that the animation’s political purpose did not automatically render the use of any non-political work transformative under fair use. It was “wholesale copying” to support a political ad campaign, the Judge said, and there was no attempt to modify the song or comment on the song or its author. Overall, each of the fair use factors weighed in favor of Grant.

Trump Responds With Answer to Complaint

In an answer to the complaint filed Tuesday, Trump admits that the venue is proper and court has jurisdiction. However, the majority of Grant’s allegations are either denied in full or on the basis of insufficient knowledge as to the truth of the allegations.

Specifically, the answer denies that the animation used Electric Avenue in breach of Grant’s copyrights and denies that the defendants benefited financially or politically from the distribution of the video.

Trump does admit that no license was obtained to use the track and also concedes that no separate permission was granted either.

“Defendants admit they did not have permission, license or consent of Plaintiffs to use the Composition in connection with the Animated Video,” the answer reads, adding that no license was needed.

Trump’s team begins by stating that Grant’s claims are barred, either in whole or in part, due to the plaintiff’s failure to state a claim. This suggests that the defendant believes that the claimant failed to present sufficient facts to indicate that Trump’s use represented a violation of the law or that Grant is entitled to legal remedy.

The answer, without stating any specifics, further claims that the claims against Trump are barred, in whole or in part, by the doctrines of waiver, laches, acquiescence, inequitable conduct and/or unclean hands.

It continues by categorically stating that Trump did not infringe Grant’s copyrights directly or indirectly and that if any use did take place, that was carried out under the doctrines of fair use and/or nominative use. Whether relying on a fair use defense is a good option given the Judge’s response to the earlier motion to dismiss is up for debate but the former president believes he has a trump card up his sleeve.

Trump: I Have Absolute Immunity

As reported this week by NBC, Trump is currently defending himself in at least ten civil lawsuits seeking remedy for conduct relating to his time in office. In some of these cases he claims that as a sitting president, he is immune from civil lawsuits.

The copyright infringement lawsuit he faces against Eddy Grant is no different, according to his legal team.

“Plaintiffs’ claims against Donald J. Trump are barred, either in whole or in part, by Presidential absolute immunity,” Trump’s legal team write in their answer.

The suggestion here is that if there was any infringement of Grant’s rights due to the use of Electric Avenue in the campaign video, that was carried out as part of Trump’s official acts as president and not in a purely personal context. As such the lawsuit fails as a matter of law.

Grant’s legal team says it will continue the fight.

“Given the court’s recent favorable determination, there are very few issues that remain to be resolved,” attorney Brian Caplan told ABC News.

“We are confident that our clients’ rights will ultimately be fully upheld and look forward to Mr. Trump fully explaining his actions.”