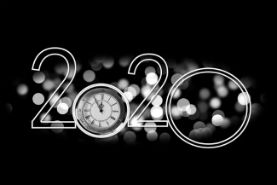 Every year we write hundreds of articles here at TorrentFreak. While they’re all worth reading, some get more exposure than others.

On the brink of the new year, we look back at 2020 by going over the 20 most-read news items of the year.

There are a few major themes in this overview. The biggest story of the year was perhaps the SPARKS raid and indictments, which makes an appearance with two separate entries.

As always, downtime and troubles at various pirate sites generate a lot of interest too. The weeks of downtime at The Pirate Bay earlier this year for example, and the trouble at Mangadex.

Needless to say, 2020 was a controversial year, dominated by COVID. The good news is, however, that our rundown of the most read articles is COVID-free, and we’d like to keep it that way in 2021.

Best wishes to all!

Copyright lawyer Richard Liebowitz has been repeatedly sanctioned by federal courts. The controversial attorney has a long track record of disregarding court orders. In December, the grievance committee of the Southern District of New York decided to suspend Liebowitz to protect the public from future missteps.

YesPornPlease, an adult-focused video site that serviced more than 100 million visitors per month, disappeared in March following the filing of a lawsuit in the United States. The complaint, filed by Mindgeek-owned MG Premium, also targeted hosting site VShare.io, demanding a broad injunction and potentially hundreds of millions of dollars in damages.

A man from the US became a hero last year when a video of him subduing a man who had headbutted someone in the face went viral. The video was reposted numerous times but is regularly taken down following bogus copyright complaints. However, the censorship efforts massively backfired in April when someone tried to delete a Reddit thread using a DMCA anti-circumvention notice. Duh…

In March, The Pirate Bay’s regular domain became unreachable for weeks. Initially, it was unclear what had caused the trouble, but TorrentFreak was informed that the downtime was caused by a technical problem and that the tech admin was taking the opportunity to rewrite some code.

After a month, The Pirate Bay was accessible once again through its main domain name. The unannounced comeback came after the domain sent traffic to a black hole for nearly a day. Initially, Cloudflare’s nameservers were removed from Whois records but the site soon was reachable again through a new set of Cloudflare nameservers.

The top-tier piracy world, known as The Scene, was plunged into turmoil in August. US law enforcement targeted key members of release group SPARKS and several linked and affiliated groups including GECKOS, DRONES, ROVERS and SPRINTER. Sources informed TF that there were several raids across Europe, mainly focused on Norway and Sweden.

Repacked games are in high demand on pirate sites as they save considerable bandwidth. One of the leading names in this niche is FitGirl. In recent years, the Russian-born repacker transformed from a home archivist into the best-known releaser on the Internet. In June, we unpacked part of this fascinating story.

After several days of downtime, manga scanlation giant MangaDex reappeared online in January. In addition to confirming the existence of a DMCA subpoena, MangaDex said it had legal issues that had resulted in the temporary loss of its .org domain and removal from Cloudflare.

Before the comeback mentioned above, MangaDex suffered extended downtime, with a host migration and maintenance cited as the official reasons. However, TorrentFreak also learned that a DMCA subpoena was granted to copyright holder Viz Media in December 2019, one that ordered Cloudflare to give up the identity of MangaDex’s operator.

In May, an MPA takedown notice pulled Popcorn Time’s GitHub repository offline. The Hollywood group, which also represents Netflix, argued that the code facilitates mass copyright infringement. While that may be the case, Popcorn Time filed a counternotice arguing that they own the code. Faced with contradicting requests, Github reinstated the repository.

As mentioned earlier, The Pirate Bay’s main domain became inaccessible in March. There was no communication from the operators initially, but the site’s many proxies and its official Tor domain were still working fine.

In June, popular torrent meta-search engine Torrentz2 stopped working through its main .eu domain name. The domain was suspended by the EURid registry pending an investigation, triggered by a Public Prosecutor’s order. Torrentz2 was still accessible through its alternative .is domain but eventually disappeared.

The raids and arrests in August targeting piracy release group SPARKS caused chaos in The Scene, with members and groups going into hiding and new releases dropping like a stone.

In 2018, the owner of Two-Bit History, a site dedicated to computer history, wrote a successful article about mathematician Ada Lovelace, who some credit as being the first computer programmer. Sadly, some idiotic anti-piracy company had it deleted because it dared to use the word ‘did’.

An RIAA takedown request, which removed the YouTube-DL repository from GitHub in October, was met with outrage. Numerous people responded by copying and republishing the contested code, including in some quite clever ways. Meanwhile, GitHub’s CEO expressed annoyance as well, offering his help to get the repo reinstated.

In response to the many Call of Duty Warzone leaks appearing online in February, Activision filed aggressive takedowns on copyright grounds. According to documents obtained by TorrentFreak, the gaming giant was served with a DMCA subpoena from a US court, compelling Reddit to hand over the personal details of a user who allegedly posted a leaked image to the site.

Texas-based model Deniece Waidhofer, known for selling access to sexy photos of herself online, took action against Thothub, a site that published leaked copies of her work. The site, its members, and services it worked with, including Cloudflare, were accused of copyright infringement. Thothub shut down soon after.

With around 40 million visitors per month, 9anime.to is a formidable force in anime piracy. In October, however, a dispute with competitor Animixplay.to spiraled out of control when 9anime added code to its own site that made every visitor an unwitting participant in a DDoS attack on its rival.

PortalRoms, a popular index for ROM and emulators for a wide range of gaming systems, disappeared without a trace in January. The site previously serviced more than four million visitors per month with links to download content via torrents.