In many countries it can still be a challenge to access some films through legal channels. If that’s the case people can pirate them instead, legendary German film director Werner Herzog says. According to the movie industry veteran, piracy has been the most successful form of distribution worldwide. 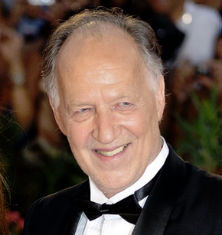 The vast majority of filmmakers are not happy with online piracy. They would rather see people using paid platforms or services.

This is also true for German Director Werner Herzog, who has won many prestigious awards during his more than 50-year career.

A few days ago, the director received a lifetime achievement award at the Visions du Réel Film Festival in Nyon. During a masterclass, the topic of piracy came up, which prompted Herzog to share some interesting thoughts.

When Herzog released his first film in 1962, movie piracy wasn’t an issue. However, that clearly changed in recent years.

During the discussion, Ukrainian producer Illia Gladshtein said that the legal availability of Herzog’s films is far from optimal. Often the only way to see them is through torrent sites. While piracy is a sensitive topic among filmmakers, the German director certainly realizes its potential.

“Piracy has been the most successful form of distribution worldwide,” Herzog told the audience.

While the 76-year old director doesn’t like piracy or seeks to promote it, he’s fine with people downloading his films without permission, if there are no legal alternatives available.

“If you don’t get [films] through Netflix or state-sponsored television in your country, then you go and access it as a pirate,” Herzog noted, quoted by Screen.

“I don’t like it because I would like to earn some money with my films. But if someone like you steals my films through the internet or whatever, fine, you have my blessing,” the director added.

Availability remains an important talking point. Most of the questions the director receives nowadays are from teenagers who ask him where they can find his films.

Luckily, his back catalog is now easier to access through legal streaming platforms, Blu-Rays or DVDs. That’s probably a good thing, since 15-year olds generally know their way around pirate sites.

Herzog’s comments show that even some of the most respected filmmakers see some benefit in piracy. For them, it’s often more important that their films can be seen by a wide audience.

This means that ‘defeating’ piracy ultimately starts with making sure that legal availability is in order.