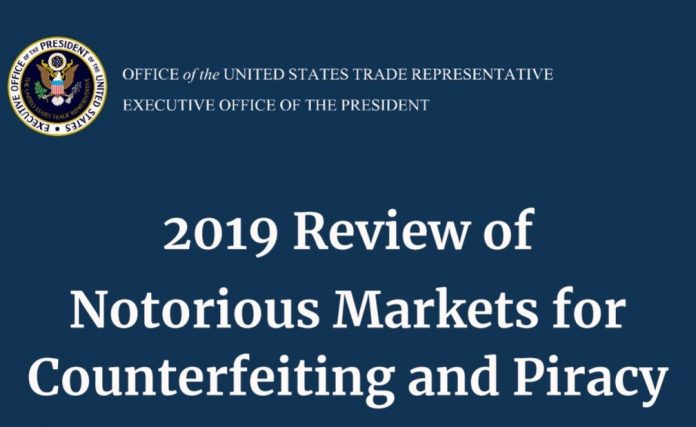 
A concerned taxpayer has warned the US Trade Representative that its annual “notorious markets” overview, which lists prominent pirate sites, may do more harm than good. According to former criminal defense practitioner Jim Zhoui, it essentially acts as an “advertising campaign for black marketeers at the taxpayer’s expense.” 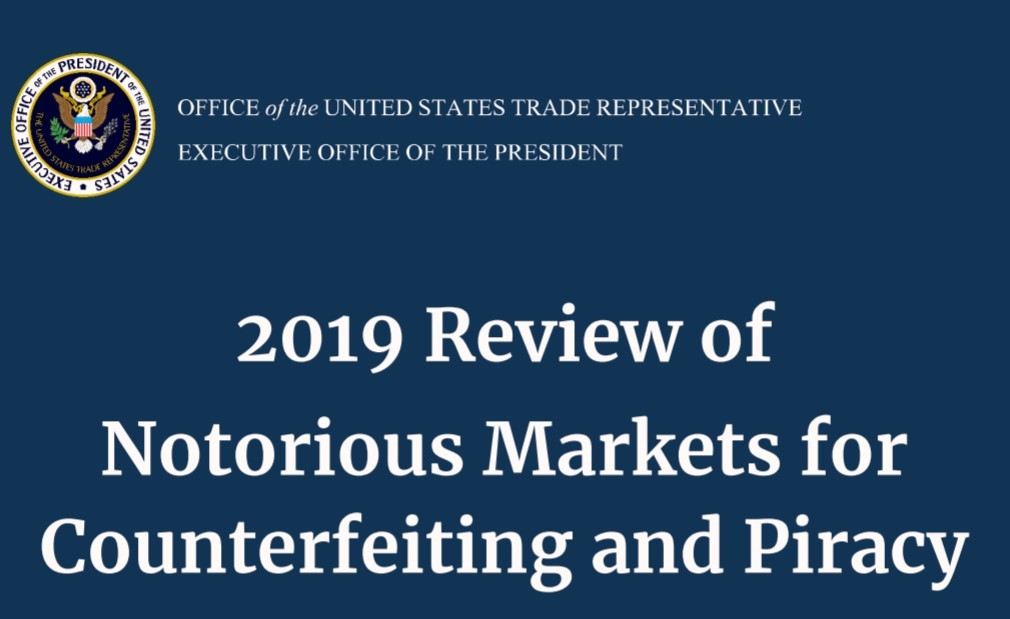 Every year, major copyright industry groups prepare a list of the most notorious pirate sites, which are publicly reported to the US Trade Representative (USTR).

These overviews provide input for the USTR’s annual notorious markets overview, where sites such as The Pirate Bay, Fmovies and Rapidgator have appeared as repeat offenders.

The goal of this process is to identify pressing piracy problems and to encourage foreign administrations, where these portals are often operating from, to take action. It’s very much a diplomatic pressure tool with the ultimate goal of helping US rightsholders tackle online piracy.

Over the past years, there has been a lot of debate about which sites and services should be included. Not everyone agrees that YouTube downloaders and domain registrars are piracy havens, for example. And Amazon and Alibaba have protested their listings as well.

A few days ago we spotted a late submission for the 2021 notorious markets list. This comment was submitted by former criminal defense practitioner Jim Zhoui who’s based in Las Vegas. He is also critical of the annual list, but for a very different reason.

According to Zhoui, the USTR’s notorious market list is counterproductive. Instead of effectively stopping piracy, it offers “reliable advertising space and exposure” to pirate services, which runs contrary to its intended goal.

“The purpose of this comment is to highlight the nature of this very organization and this regulation as a facilitator of the traffic it purportedly is attempting to enjoin,” he writes in his letter to the USTR.

Zhoui explains that, in recent years, the free and open access aspect of pirate sites has diminished. Most services are now being run by ‘businesses’ that are willing to take legal risks in exchange for profit. More visitors means more profit.

This battle for market share has created fierce competition among some pirate platforms, with some portals offering uploaders pay-per-download schemes. The more popular the uploads are, the more money site owners earn through advertisements.

The challenge for pirate site operators, according to Zhoui, is that there are limited means to promote themselves. “That, however, is where the USTR comes in.” 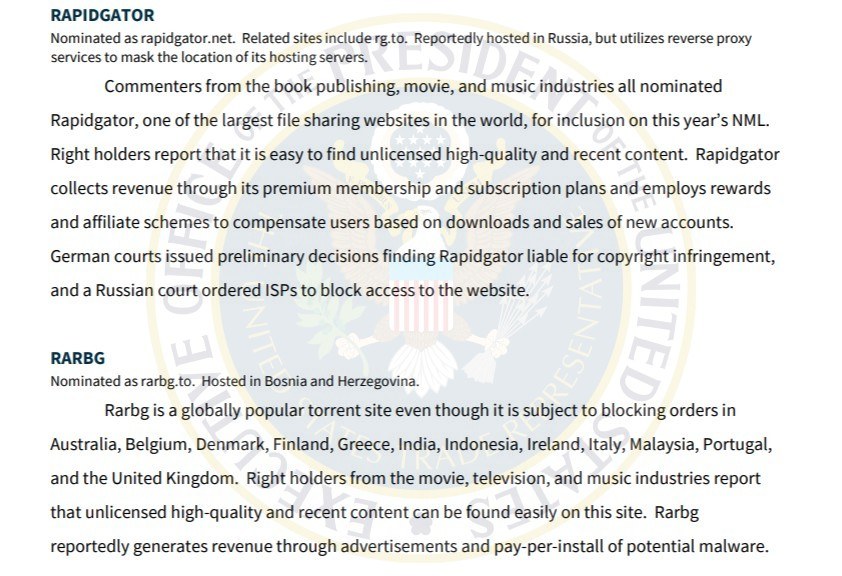 Pirate sites can’t easily show how trustworthy they are in terms of longevity, payout, and reliability, Zhoui notes. However, the annual USTR watch list, which is widely covered in the media, does that for them.

“Each year the existence of such market lists are reported as news websites that aggregate tech-related news. The open nature of the submissions of course creates a frame of reference that isn’t present when there’s no formal index service,” Zhoui writes.

In other words, the list that is supposed to help fight piracy is acting as an advertising campaign where many of the most notorious pirate sites are conveniently summarized.

“The numbers are conveniently given in most of the reports, and the more exaggerated, the more advertising it represents. Sites like Rapidgator.com are mentioned year after year and continues to rank on top of traffic rankings on services such as Alexa,” he adds.

The former criminal defense practitioner admits that some pirate sites get taken down. However, that’s just a drop in the bucket, as new ones appear just as quickly, with the ‘best’ ones showing up in future USTR lists.

Zhoui stresses that the American tendency to enforce its own laws in other countries is better left in the dustbin of history. Many foreign countries already take action against pirate sites, but they do it based on their own laws.

So, instead of using taxpayer money to keep the notorious market overviews in place, copyright holders may be better off taking their complaints to the authorities in the relevant countries directly.

“At a time when COVID and years of trade war have decimated the American economy it seems particularly absurd for the American taxpayer to take up such frivolous expenditures,” Zhoui notes, referring to the notorious markets list.

“This is effectively both an advertising campaign for black marketeers at the taxpayer’s expense, except the taxpayer is paying twice – once for the ads and once for the hapless efforts at enforcing the unenforceable, investigating the unprosecutable, bellicosity without teeth.”

The full comment from Jim Zhoui, who describes himself as a concerned taxpayer from Las Vegas, is available here (pdf).