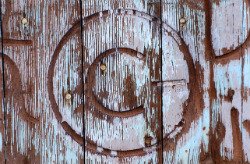 For years, U.S. lawmakers have considered options to update the DMCA so it can more effectively deal with today’s online copyright issues.

Senator Thom Tillis was one of the most recent to take up the baton. Last December he released a discussion draft of the “Digital Copyright Act of 2021” (DCA) a potential successor to the current DMCA.

“This discussion draft is the result of a year-long series of hearings and months of feedback from creators, user groups, and technology companies,” Senator Tillis said at the time.

The DCA proposal introduces various updates and changes, when compared to the current DMCA. Online services still have to remove copyright-infringing links or files, for example, but simply taking down content is no longer sufficient.

When copyright holders inform services that ‘complete or near complete’ copies of their works are being shared online without permission, these platforms have to ensure that this content stays offline.

In addition, the DCA also aims to clarify when repeat infringers should have their Internet access terminated. This is not defined in detail in the DMCA, which has resulted in several lawsuits against ISPs.

The initial responses to the proposal were mixed. Many copyright holders were pleased with it, but digital rights groups heavily criticized the plans. They argue that the DCA will “devastate” the Internet and “end online creativity.”

This critique returned in several official responses that came in last week. Senator Tillis asked stakeholders to submit formal comments on the discussion draft, which many did.

The Re:Create Coalition, which includes members such as the Consumer Technology Association, the American Library Association, the CCIA, and EFF, points out that the proposal is unconstitutional, unworkable, and damaging to the Internet ecosystem.

“Unfortunately, the draft as proposed creates a system for digital copyright that is clearly unconstitutional and just unworkable for internet creators, users and service providers,” they write (pdf).

“Rather than make some tweaks to the DMCA to improve a generally well-functioning system that has allowed creativity, expression, and innovation to thrive on the internet, it completely destroys the core framework of the DMCA and replaces it with a system that will chill online creativity, take choices away from consumers and harm the internet ecosystem.”

Re:Create notes that the DCA draft is so problematic that it can’t really provide constructive feedback. Instead, it simply highlights some of the biggest problems, suggesting that the entire plan should go back to the drawing board.

Unlike many copyright holders, the coalition stresses that the DMCA has functioned very well in recent years. Online creativity is flourishing on platforms such as YouTube, Twitch, Instagram, and Patreon, allowing independent creators to earn billions of dollars.

This is exactly what Congress intended when the DMCA was introduced, the letter notes. The current DMCA ‘promotes progress of useful arts.’ However, the DCA threatens this current climate.

“The Digital Copyright Act would have a chilling effect on the internet ecosystem. Had it passed just 10 years ago, this new creative industry would never have been created. It deters the proliferation of not just the new creative economy — additional innovative technologies, like cloud services, would not exist,” Re:Create warns.

The letter highlights various other issues that are deemed problematic. For example, the takedown/staydown requirement would apply to all online service services, which include email providers and cloud services. This could lead to excessive monitoring and overbroad filtering, the coalition says.

Re:Create mentions the example of “Bob” who shares a video of his kids dancing to a Taylor Swift song. If Bob then emails this video to his parents, and texts it to his wife, it could lead to all sorts of trouble.

“In combination with the DCA’s duty to monitor, all of these services would have to inspect what is being sent. If they implemented a filtering technology in order to comply, it is safe to say that every level of this ‘transaction’ would face challenges.”

The DCA effectively turns any provider of any type of internet services into the police, judge and jury, according to the coalition. And since repeat infringers risk losing access to email, cloud hosting, or even their Internet connection, the stakes are high.

The full letter lists a wide variety of other problems, many of which are also highlighted in comments from other groups and organizations.

For example, the R Street Institute stresses that a staydown requirement will not only threaten free speech, it will also create significant economic burdens for smaller online services.

“Inevitably, the new legislation would require automated systems to filter at scale. The cost alone will make it difficult for smaller websites and developers to monitor for infringement, while large OSPs will increase filtering efforts at the expense of consumer privacy and free speech,” R Street writes.

Thus far we haven’t spotted any comments from copyright holders but, if these are published, it will be interesting to see their take.

For now, however, it is safe to conclude that despite being well-intentioned, the Digital Copyright Act of 2021 doesn’t have widespread support yet. There is still plenty to discuss before this draft becomes an official bill, if it ever gets that far.