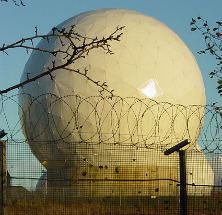 In the weeks and months leading up to and beyond the 2012 raid on Kim Dotcom and his former associates, the Megaupload founder was being spied on by the authorities in New Zealand.

Given the US-instigated investigation into Dotcom and Megaupload, this type of eavesdropping may seem little out of the ordinary. However, GCSB’s powers are limited by law, including that it may not conduct surveillance on New Zealand citizens or permanent residents. Since Dotcom is a permanent resident, that made the spying illegal.

Ever since the authorities accepted that potential evidence had been illegally obtained, the Megaupload founder has put considerable effort into finding out exactly what was captured by the GCSB. At every turn, however, he has been declined access to the material.

In 2017, for example, the High Court rejected Dotcom’s request, claiming that the release of the intercepted communications would undermine national security. Overall, the ruling added, withholding the information would be in the public interest, even if that was at the expense of Dotcom’s rights.

Predictably, Dotcom refused to back down, immediately taking the matter to the Court of Appeal. Unfortunately for him, the result was the same.

While accepting that the intercepted communications are “relevant” and could be “put to use”, in a 2019 ruling the Court determined that Dotcom’s right to access the information was outweighed by national security concerns.

With the Supreme Court the only avenue left for Dotcom, an appeal was subsequently filed there. In a written judgment published today, the Supreme Court sided with the decisions of the lower courts and refused to hear the appeal.

“We are not satisfied that it is necessary in the interests of justice to hear the
proposed appeal. While there may be questions arising about the scope and
application of s 70 of the Evidence Act, the present case is not the appropriate case to consider those issues,” the panel of three judges writes.

“No question of principle arises. Rather, the matters the applicant wishes to raise relate to whether natural justice was met in this particular case and as to the weight given to the competing public interests on these facts.”

Rejecting the notion that there had been a miscarriage of justice, the judges note that since the case has been examined in detail by the lower courts and justice will be done by compensating Dotcom for his loss of dignity, the Supreme Court will not review the matter.

“Mr Dotcom’s arguments would reprise matters all of which have been carefully examined in the Courts below and, as the Court of Appeal noted, the ‘general nature of the disputed information is known to Mr Dotcom’. In addition, these issues would arise in a context where the respondent has been held to account having accepted liability and the central question is as to the level of damages,” the judges add.

In a statement on the decision to deny his appeal, this morning Dotcom criticizes the entire process, drawing particular attention to the fact that his lawyers have been prevented from doing their jobs properly on the grounds of national security.

“[T]hey have not been permitted to have any meaningful input into this process because, at every stage, the GCSB has required its evidence and submissions to be treated as classified and heard only in a secret hearing from which my counsel and I were excluded,” Dotcom writes.

“The Courts’ reasons were also classified and not stated in their decisions. We have been blindfolded, with one hand tied behind our backs, while up against the fully equipped and limitlessly funded GCSB and Crown lawyers seeking to keep us all in the dark and away from the truth.”

While at some point Dotcom will be awarded damages for the illegal spying, he says this process has never been about money, not least since it ceased being economically viable a long time ago.

“For me, it has always been about ensuring that we know what has happened and, as a result, the GCSB is held accountable publicly for its unlawful conduct under John Key’s National government. I want to make sure that this never happens again.

“We shouldn’t be kept in the dark when state agencies act unlawfully and they should never get away with not being fully accountable to us, as the GCSB has now achieved. They don’t care about paying some money to me and my family, although they will fight to limit that also. They just care about you and I not getting to know what they did, or the actual harm they caused,” he adds.

But while today’s ruling was handed down by New Zealand’s top court, Dotcom believes that interference from the United States played an important role in denying him access to the illegally captured communications. As a result, he’s now embarking on a new mission, one to change the law in New Zealand.

“I don’t like the United States influencing what we all should be entitled to as people of New Zealand, as I fear may have happened here. No one should. But, they, and the GCSB, has stopped me from knowing the truth, at least for now. If the Court of Appeal’s decision represents the law in New Zealand, then the law must change. I will fight for that change. Please join me,” he concludes.

As reported last week, Dotcom is awaiting another decision from the Supreme Court regarding his extradition to the United States. He doesn’t believe the decision will go in his favor but is preparing for a long battle, one that could see him fight in New Zealand for another seven years.