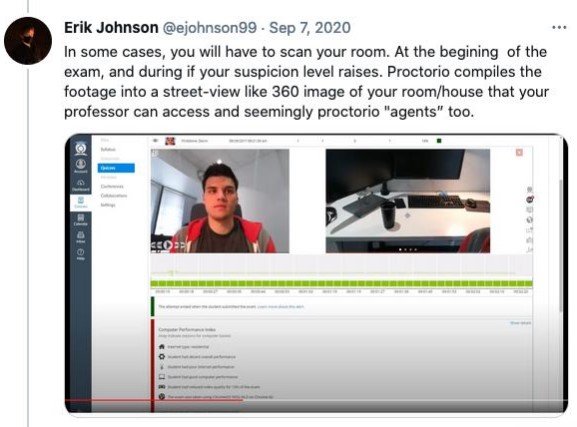 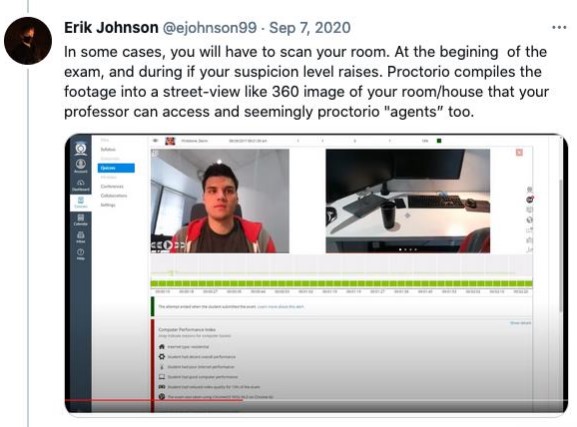 The DMCA takedown process give copyright holders the option to remove infringing content from the web.

It is a powerful tool that’s used to take millions of URLs and links offline every day. In most cases, this happens for a good reason, but some takedown efforts are questionable.

The use of proctoring software has become more common during the COVID-19 pandemic. Tools such as Proctorio are used by schools and universities to surveil students, making sure that they follow the rules and don’t cheat.

This type of software is seen as a necessity by some educators but they are not without critique. Features such as face detection, eye-movement tracking, and audio recording, are a step too far for many. This includes Miami University student and security researcher Erik Johnson, who decided to take a closer look at the software.

In a series of tweets last summer, Johnson argued that Proctorio’s claims about its software were contradicted by its code, revealing how much access it has to users’ computers. To back up these claims, the student linked to excepts of the code that were readily accessible on his computer. 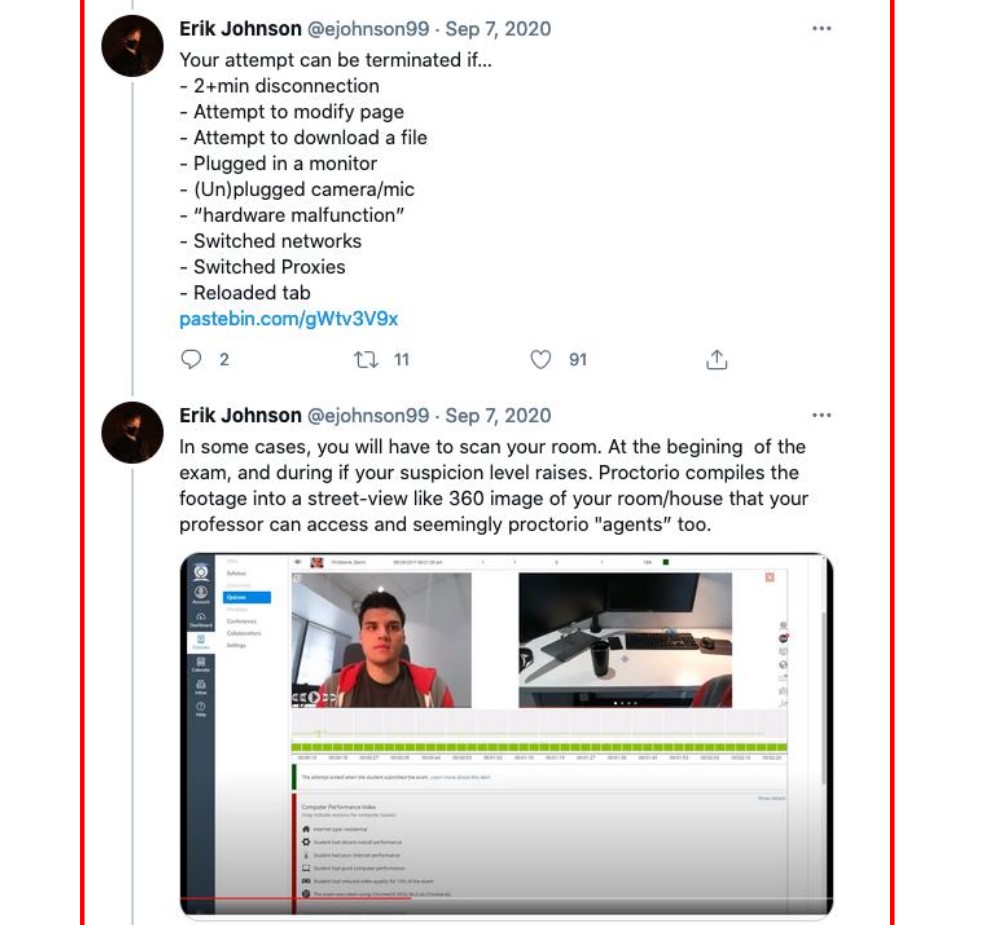 Proctorio didn’t like the exposé. Soon after the tweets were published, the company’s CEO contacted Johnson through a private Twitter message, asking him to remove the content.

The student refused to do so, which triggered a series of takedown requests targeting Twitter, GitHub, and Pastebin. 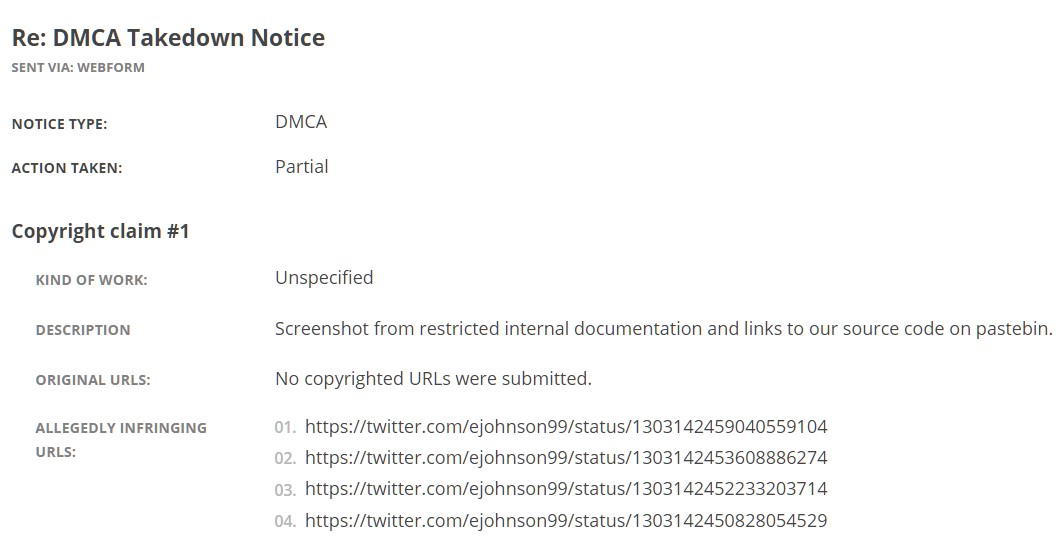 The pressure didn’t stop there. The complaint also alleges that a representative from Proctorio asked Miami University to urge Johnson to remove the content. In addition, the software company banned the student’s IP-address, making it harder for him to take some exams.

Despite the mounting pressure Johnson didn’t give in. Last November he teamed up with the EFF and this week they filed their lawsuit against Proctorio, asking the court to declare that the code excerpts and his tweets are not infringing any copyrights.

“Johnson has made every effort to explain the lawfulness of his conduct to Proctorio, to no avail. To ensure that Proctorio will finally cease its efforts to abuse copyright law to interfere with his speech, Johnson has no choice but to seek a declaration of noninfringement,” the complaint reads.

In addition, Johnson also requests compensation for the damages he suffered from Proctotio’s alleged abusive behavior, which is seen as a “misrepresentation” under the DMCA.

“As a direct and proximate result of Proctorio’s actions, Johnson has been injured substantially and irreparably. Such injury includes, without limitation, the time and effort associated with responding to Proctorio’s multiple fraudulent infringement notices, as well as harm to his free speech rights under the First Amendment.”

The above illustrates that the effects were much broader than the takedown requests alone. There are real consequences. In fact, the complaint notes that a professor informed Johnson that his application to work in the university’s IT Security department will likely be rejected due to the legal troubles with Proctorio.

Commenting on the lawsuit, EFF Staff Attorney Cara Gagliano notes that software companies should never be allowed to abuse copyright law to undermine their critics. She hopes that the court will set the record straight.

“Copyright holders should be held liable when they falsely accuse their critics of copyright infringement, especially when the goal is plainly to intimidate and undermine them,” Gagliano notes.

Thus far, Johnson has already booked a few successes against Proctorio outside of court. Both Twitter and GitHub have restored content after he submitted a DMCA counternotice.

We also reached out to Proctorio to hear its perspective on the lawsuit but the company didn’t immediately reply. What’s clear, however, is that its takedown efforts have backfired in possibly the worst way imaginable.