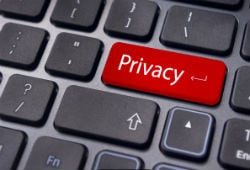 
The Russian operator of YouTube-rippers FLVTO.biz and 2conv.com has asked a federal court in Virginia to annul a recent data logging order. The magistrate judge required the sites to keep extensive logs of user activity and hand these over to the major record labels. This order was legally incorrect and violates privacy laws in other countries, the defense now argues.

The lawsuit between several major music companies and YouTube rippers FLVTO.biz and 2conv.com, is heating up.

After a long battle over jurisdiction, the case is now back at the Virginia District Court, where both parties are gathering relevant evidence.

The record labels are particularly interested in how people use the YouTube rippers. Among other things, they want to know what files people download, what source sites they use, and where these users are located.

The Russian operator of the YouTube rippers, Tofig Kurbanov, wasn’t able to share this data though. He set up his sites with privacy in mind and none of the requested data is logged. As such, there is nothing to hand over.

The music companies didn’t accept this answer and asked the court to order Mr. Kurbanov to start logging the data and hand these over to them. This is exactly what Magistrate Judge Theresa Buchanan did late last month.

The order was a clear setback for the operator of the YouTube rippers, who is now fighting it tooth and nail. In a new filing at the Virginia federal court, his legal team objects to the order, asking the Court to set it aside.

The data logging requirement will lead to privacy issues in other countries, the defense notes. In Germany, for example, users’ IP addresses are generally considered to be personal information. These can’t simply be shared with third parties without explicit content.

In addition, the Russian site operator fears that the Russian authorities may seize the access and URL logs, which could put dissidents at severe risk.

“Mr. Kurbanov reasonably fears that if any of the Websites’ users were to have downloaded what Russia considers to be dissident material, or material that the Russian government otherwise finds objectionable, that the Russian government could locate a Website user and possibly subject that user to an unfavorable and unfair criminal or civil proceeding,” the objection reads.

According to the defense, the Magistrate’s order presents Mr. Kurbanov with an impossible ‘choice’ that will end badly, no matter which option he picks.

“[Mr. Kurbanov] can either comply this Court’s order, which would require him to violate the laws of other countries and/or put the Websites’ users at risk or he can defy the Magistrate’s order and risk a finding of contempt.

“It is not a position that this Court should force upon a foreign individual who has to contend with the ramifications of such data collection in other countries,” Mr. Kurbanov’s lawyers add.

The data logging order also goes against established precedents, the defense argues. In the opposition brief, they cite various cases where courts have concluded that a party cannot be required to create data for the purpose of discovery. However, this is what was ordered here.

If the order stands then future litigants could be required to record all sorts of privacy-sensitive data, including personal phone calls.

“If the Magistrate’s Order were to stand, there is no practical reason why future litigants can’t be ordered to start recording every digital phone call or Zoom call,” the defense writes.

Previously, the music companies cited the Columbia Pictures vs. TorrentSpy case, where the torrent site was also required to log user data. However, according to the defense, this was a clear outlier, that was described as “controversial” and “dangerous” by commentators.

Many of these points and issues were already brought up at an earlier hearing where they were waived by the Magistrate Judge. The defense hopes that the Court will reconsider the order and set it aside.

Finally, it is worth noting that the music companies said that they don’t need the full IP addresses of the sites’ users. They are fine with redacted versions, as long as it’s clear which state users visit the sites from. Based on the opposition filing, this type of redaction was not specified in the Magistrate Judge’s order

A copy of the objections to the Magistrate Judge’s order is available here (pdf).