A few days ago we reported on several major leaks of unreleased TV-shows. This included several episodes from the Starz original show “American Gods”. Apparently, however, Starz didn’t like our news reporting. To stop it from spreading any further, a representative asked Twitter to take down our tweet, stating that the article in question infringes its copyrights. 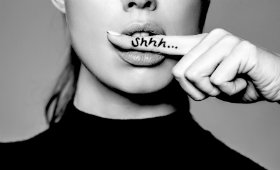 At TorrentFreak, we have been covering copyright and piracy related news for well over a decade.

We write about things that copyright holders are not happy with, and similarly, we report on bad news for pirates as well. The leading factor is always whether we believe something is newsworthy, or not.

Earlier this week we published an article that definitely fits that category. In the span of a few days, several TV-show episodes leaked online before their official release, which is something that rarely happens.

Due to the leak, complete seasons of unreleased TV-shows such as “The Spanish Princess,” “Ramy,” and “The Red Line,” surfaced on pirate sites. In most cases, there were visible signs revealing that the leaks were sourced from promotional screeners, but other than that information remains scarce.

Among the treasure trove of leaks were also several unreleased episodes of the Starz hit series “American Gods.” This is obviously not the type of news the American entertainment company wanted to see published, but in our niche, it’s a big deal nonetheless.

As with all our news articles, we automatically posted a link to it on Twitter, to share it with the audience there. The tweet was just a simple description, with an image and a link to the news report. Nothing out of the ordinary, one would think.

To our surprise, however, this tweet is now no longer available. Twitter informed us a few hours ago that The Social Element Agency asked it to remove the “infringing” tweet on behalf of Starz.

The social media platform complied with the request and as a result, our tweet is now “withheld,” or removed if you will.

According to the takedown notice, Starz argues that the tweet is infringing because it links to an article where people can see “of images of the unreleased episodes” and find more “information about their illegal availability.”

From the DMCA takedown notice

For the record, our article only includes a single identifiable frame from a leaked “American Gods” episode, to show the screener watermarks, which are central to the story. That’s just 0.001% of the episode in question, without audio, which is generally seen as fair use, especially in a news context.

As for the claim that the article includes information about the shows’ “illegal availability”, we only mention that they are being shared on pirate sites, without giving any names or links. That’s no ground for a takedown request.

Luckily, our analysis is backed up by Kit Walsh, who’s a Senior Staff Attorney at the Electronic Frontier Foundation.

“Starz has no right to silence TorrentFreak’s news article or block links to it. The article reports that there are people on the Internet infringing copyright, but that is a far cry from being an infringement itself,” Walsh says.

“The screenshots are important parts of the reporting that validate the facts being reported. Starz should withdraw its takedown and refrain from harassing journalists in the future,” she adds.

As for Starz attempt to ‘silence’ our reporting. This turns out to be quite counterproductive. Without their takedown notice, we probably wouldn’t have brought up the leaks again.

We have reached out directly to the Starz representative who sent the DMCA notice to request comment and further information. At the time of writing, we have yet to hear back.  If Starz doesn’t withdraw its takedown notice we will consider appropriate follow-up steps.

In the meantime, anyone who’s interested in learning more about the TV-show leaks can find our news report here.