KodiTips, a popular website dedicated to tips and information for the popular Kodi platform, has had its Facebook page shut down following a copyright infringement complaint by Sky. The operator of the site informs TF he has no idea how he infringed their rights.

With tens of millions of active Kodi media player users around the globe, there is a thirst for information on how to utilize the open source software.

As a result, dozens of websites and blogs have appeared to fill this niche, many of them dedicated to tips, tutorials, and news on the latest add-ons and developments.

Founded in 2015, KodiTips.com is one of the most popular, with more than a million visitors every month. The site was created to fill a gap in the market, its operator informs TorrentFreak.

“At the time, there wasn’t a lot of tutorials and how-to guides for Kodi add-ons and hardware. The site’s original and continuing message is to offer guides on how to understand and setup Kodi, and to clarify what Kodi is vs what it isn’t (doesn’t host content, only scrape content hosted by others, etc), ” he explains.

KodiTips is certainly comprehensive, regularly publishing details on all the major add-ons while posting changelogs to keep visitors informed. On Thursday, however, the site lost access to its Facebook page following a copyright infringement complaint.

What is a little surprising about Facebook’s notice is that it does not detail any specific infringing content, listing only “Page: Kodi Tips – Android TV, Amazon Fire Help” and “Copyrighted Work: Other” as the allegedly infringing content.

Predicatably, the platform doesn’t seem keen to get involved in the argument either.

“Facebook isn’t in a position to adjudicate disputes between third parties. If you believe this content shouldn’t have been removed from Facebook, you can contact the complaining party directly to resolve your issue,” the notice reads.

The takedown notice, reviewed by TF, lists the “rights owner” as Sky while offering an email address often used by the company to deal with infringement disputes. We aren’t publishing it in full but the address has been in use for years, often in complaints filed against allegedly-infringing users of eBay.

This isn’t the first time that KodiTips has had its Facebook page taken down following an infringement complaint. Back in July 2018, the site lost its original page following a similar complaint, losing 80,000 subscribers in the process. Luckily, it still has more than 70,000 followers on Twitter.

The operator of KodiTips informs TF that he doesn’t intend to contest the takedown, branding it a waste of “time and energy”. He also confirms that Sky has never contacted him before, with the same being true for other anti-piracy groups such as the Alliance for Creativity and Entertainment.

Given the controversial nature of some third-party Kodi add-ons, copyright complaints in connection with them certainly don’t come as a surprise. However, to the best of KodiTips’ operator’s knowledge, he has never infringed Sky’s copyrights via his tutorials and know-how.

to the super-vague notice from Facebook, he remains in the dark. 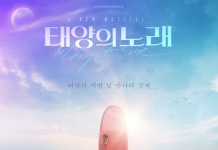