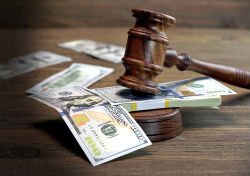 The aim is to remove content that infringes third-party copyrights and the majority succeed in that goal. However, some people see the takedown provisions of the DMCA either as a tool for censorship or one to be abused in order to seize an advantage over a competitor or rival.

There are remedies available under the law that allow senders of malicious DMCA takedown notices to be financially punished but such conclusions are extremely rare. This week, however, a court ordered one abusive notice sender to pay what appears to be the most significant amount on record.

CBC is the exclusive distributor of a kids’ playpen and sells its product through various outlets and via the Internet. Han Xian Du, on the other hand, used a distributor to sell “knockoff” variants of the playpen in the United States. According to the complaint, the defendant sent multiple DMCA takedown notices to Facebook and Instagram, demanding that CBC content should be taken down.

Online platforms have a tendency to quickly remove allegedly infringing content and in this case it was no different. Instagram responded by removing CBC’s posts while Facebook disabled CBC’s account in its entirety. Neither of the platforms responded to appeals to have the content reinstated.

On Christmas Day, 2019, things escalated when CBC’s product page on Amazon was also removed following a fraudulent DMCA takedown notice, bringing the company’s sales on the platform to a swift halt.

As per the complaint, in order to file copyright takedown notices with each of the online platforms, the defendant had to sign a declaration that the content to be removed violated his copyrights. Knowing that these declarations were fraudulent, the defendant made deliberate misrepresentations under the DMCA.

“Any person who knowingly materially misrepresents under this section that material or activity is infringing shall be liable for any damages, including costs and attorneys’ fees, incurred by the alleged infringer, by any copyright owner or copyright owner’s authorized licensee,” the relevant section reads.

According to CBC, the company believed it could lose $100,000 every week its accounts were down and was already incurring “crippling loss of consumer goodwill”. Demanding a permanent injunction to prevent the ongoing violations of the DMCA’s takedown provisions, the company also sought an extensive damages award.

Court Issues Injunction and Grants Damages For Abuse of the DMCA

On January 8, 2020, the court handed down a temporary restraining order to prevent the violations, noting that Du was “temporarily not permitted to file any further takedown notices with Facebook, Instagram, or any other service provider’s website as to CBC’s online content or product line.”

On January 24, 2020, the injunction was made permanent but despite repeated attempts to contact him, Du failed to plead his case before the court. The case was therefore dealt with in his absence and predictably went in favor of CBC.

“By virtue of his decision not to defend and to default in this matter, Defendant has admitted liability on Plaintiffs’ claims,” the order handed down this week by Judge Yvonne Gonzalez Rogers reads.

Whether CBC will see any of this award remains to be seen but the outcome in favor of the plaintiff is important. To our knowledge, this is the highest damages award ever handed down in a case based on abusive DMCA takedown notices and is extremely rare.

In March 2015, Automattic, the company behind the popular WordPress blogging platform, won a similar case against a man who abused the DMCA to censor an article published by student journalist Oliver Hotham.

Hotham wrote an article about “Straight Pride UK” which included a comment he received from the organization’s press officer Nick Steiner. However, Steiner didn’t like the article so sent WordPress a takedown notice claiming that it infringed his copyrights.

Automattic stood by the journalist and went to court, demanding a damages award for Steiner’s abuse of the DMCA. The blogging platform and Hotham emerged the winners, with an award of roughly $25,000 in damages and attorneys fees, again via default judgment.

Dating back to 2004, another case saw Diebold, a manufacturer of electronic voting machines, wrongfully allege that two students had infringed the company’s copyrights. The EFF and the Center for Internet and Society Cyberlaw Clinic at Stanford Law School stepped in to fight dozens of abusive copyright claims, eventually emerging with an agreed settlement of $125,000 in damages and fees.