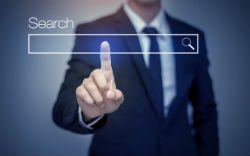 
The Association for the Protection of Copyright on the Internet (AZAPI) has filed complaints with Russia’s Federal Antimonopoly Service against Internet giants Yandex and Mail.ru. According to AZAPI, granting some rightsholders access to tools that remove links to pirated copies from search results while denying the same to publishers amounts to an abuse of their dominant market positions.

Every week, millions of Internet users turn to search engines hoping to find links to pirated content. Not to so long ago, this could prove effective but in recent years things have changed.

Massive delisting operations to remove billions of links using copyright law have been supported by voluntary initiatives by Google, for example, to downgrade sites for which lots of DMCA complaints are received. As a result, basic searches tend to yield often disappointing results, albeit with some exceptions.

Delistings in Russia As Part of a Voluntary Agreement

In 2018, leading content companies and distributors plus Yandex, Rambler Group, Mail.Ru Group, vKontakte, and RuTube signed up to a landmark anti-piracy memorandum.

Supported by the creation of a centralized database of allegedly-infringing content, Internet platforms agreed to voluntarily query the resource in close to real-time to identify and then delete ‘pirate’ links from their search indexes.

Although the Russians have a different approach, they have the same goal as copyright holders in the US and Europe – to make pirated content harder to find in search results. However, unlike the DMCA’s takedown rules and their EU equivalents, this voluntary scheme is currently biased towards large copyright holders involved in video content, with others – such as publishers – excluded.

Under the umbrella of the Association for the Protection of Copyright in the Internet (AZAPI), major publishers are determined to change this by being heard at the highest levels.

Documents obtained by Vedomosti reveal that 15 of the largest publishing houses including Eksmo and AST (which together control 30% of the market), Alpina Publisher, Hachette subsidiary Azbuka Atticus, Mann, plus Ivanov and Ferber, have filed complaints with the Federal Antimonopoly Service alleging anti-competitive behavior by Yandex and Mail.ru.

Signed by AZAPI chief Maxim Ryabyko, the complaints demand an order that would require Yandex to stop “abusing its dominant position” while removing “unfair competition” from search results.

AZAPI says that while Yandex is happy to support other copyright holders as part of the memorandum, publishers are excluded. This means that Yandex’s search results and indeed its other products (Yandex.disk, Yandex.music and Yandex.video) are littered with links to pirated ebooks and audiobooks.

Since they are denied access to the voluntary scheme, the publishers have to keep going to court to have pirate sites blocked. However, when sites deploy mirrors to counter blocking, these sites immediately appear in Yandex’s search results, undermining the work done thus far.

Mail.ru Allegedly Discriminates Against Some Rightsholders

Mail.ru may not be as immediately recognizable in the West as Yandex but its power in Russia cannot be understated. As the owner of social media giants vKontakte, Odnoklassniki (Classmates) and Moi Mir, plus numerous other services, Maril.ru is a major player. As a result, AZAPI accuses the company of abusing its position, including by creating discriminatory conditions for copyright holders.

In 2019, vKontakte implemented finger-printing technology that allowed publishers to identify and remove pirated copies of eBooks. While this was a step forward for the publishers, they are now complaining that despite their calls for cooperation, Mail.ru is resisting deployment of the same anti-piracy system on its other platforms.

Copyright owners have long accused Internet platforms of indirectly benefiting from piracy. It’s a claim now repeated in AZAPI’s complaints, which allege that Yandex and Mail.ru’s discrimination against publishers help them to maintain both a dominant position and user loyalty.

“For many years, illegal content has been an important tool for attracting new users and maximizing the reach of the Russian-speaking audience for social networks, creating a so-called network effect,” AZAPI says.