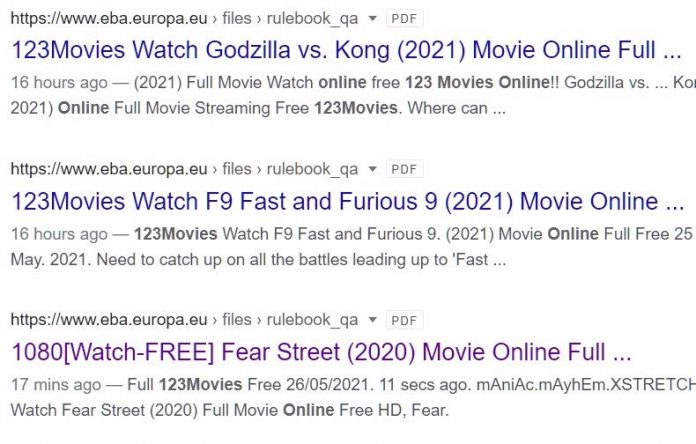 
Scammers are using the website of the European Banking Authority to trick people into signing up for dubious pirate streaming subscriptions. The ‘hacking’ scam, which also affected the Mississippi Department of Public Safety, has gained more popularity after search engines started to downrank regular pirate sites. 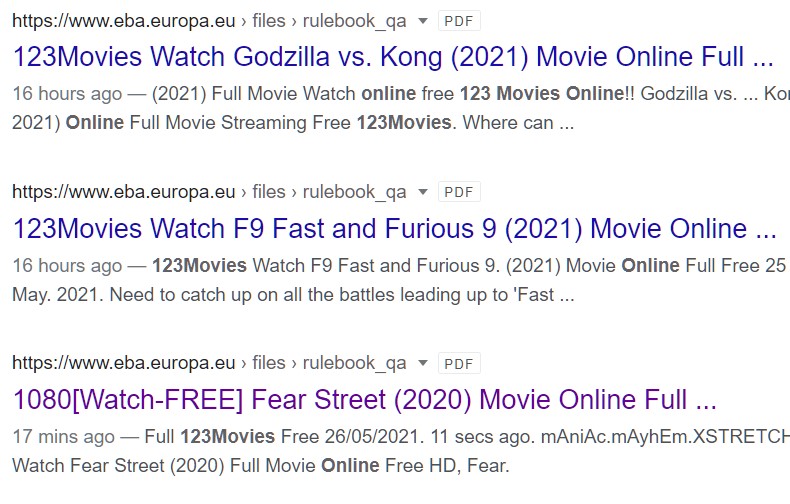 In recent years, Google and other search engines have worked hard to demote pirate sites in their search results.

In part motivated by complaints from copyright holders, these efforts have started to pay off. Search traffic to pirate sites is clearly dropping.

At the same time, however, the downranking of pirate sites created a new problem. Prospective pirates don’t stop searching for leaked content. This means that search engines have to show something else instead, which isn’t always the best content.

In some cases, small pirate sites are elevated to the top results but scammers are taking advantage of the situation as well. And these scammers are increasingly abusing legitimate sites to do so, finding loopholes to publish pirate scam ads on well-respected domains.

This week we noticed a series of these promotions on the official site of the European Banking Authority (EBA). The EBA is the European Union’s official regulatory agency overseeing the local banking industry. However, its website also promotes scammy pirate sites.

Since regular pirate sites are downranked in search results, the EBA’s domain now appears as the top result for many questionable searches. This includes variations with “123movies online,” as can be seen below. 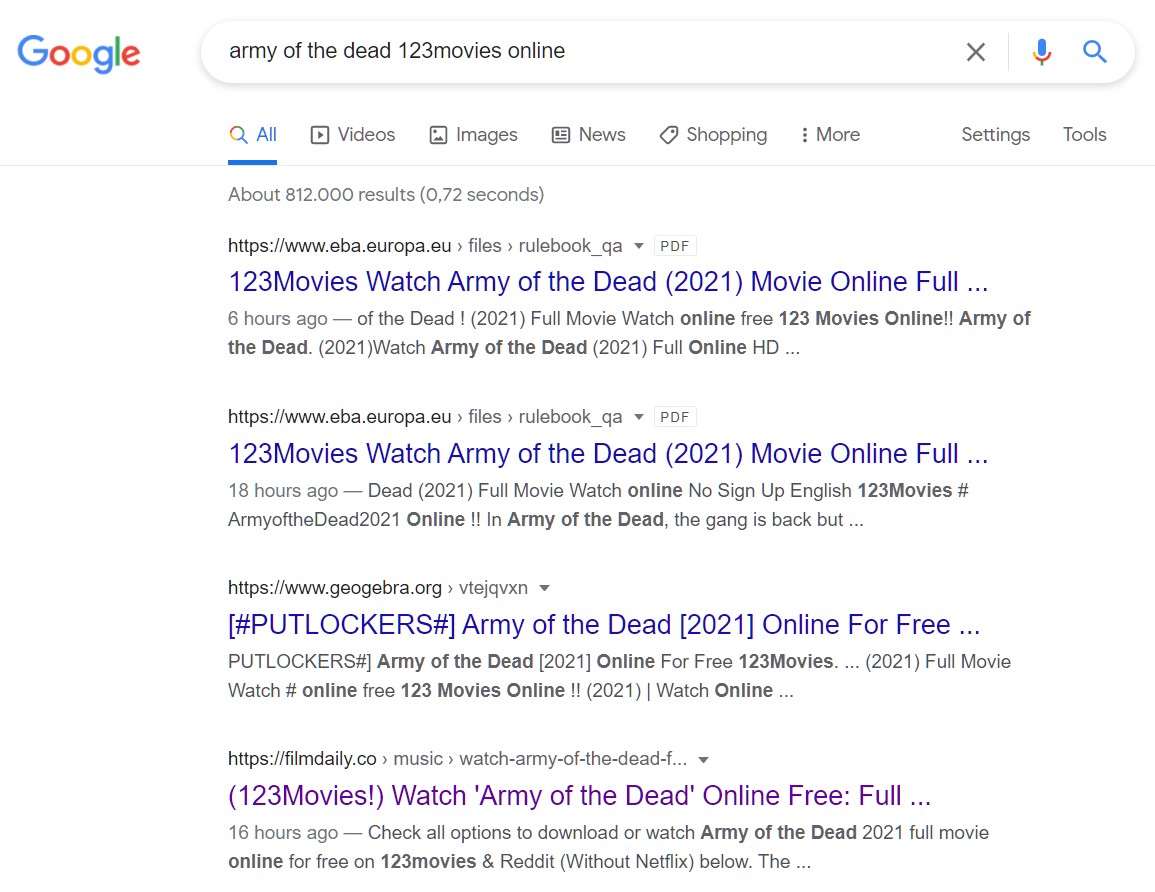 The scammers abuse the European Union website to upload PDFs that are stuffed with piracy-related terms, hoping to capture as much search traffic as possible. This works well because the EBA website has a good reputation and is not downranked in search results.

There are several PDFs circulating which mostly target new films such as ‘Army of the Dead’ and Godzilla vs. Kong. We’ve also seen promotions for films that are not yet available on pirate sites in the ‘HD quality’ that’s promised, including Fast and Furious 9. 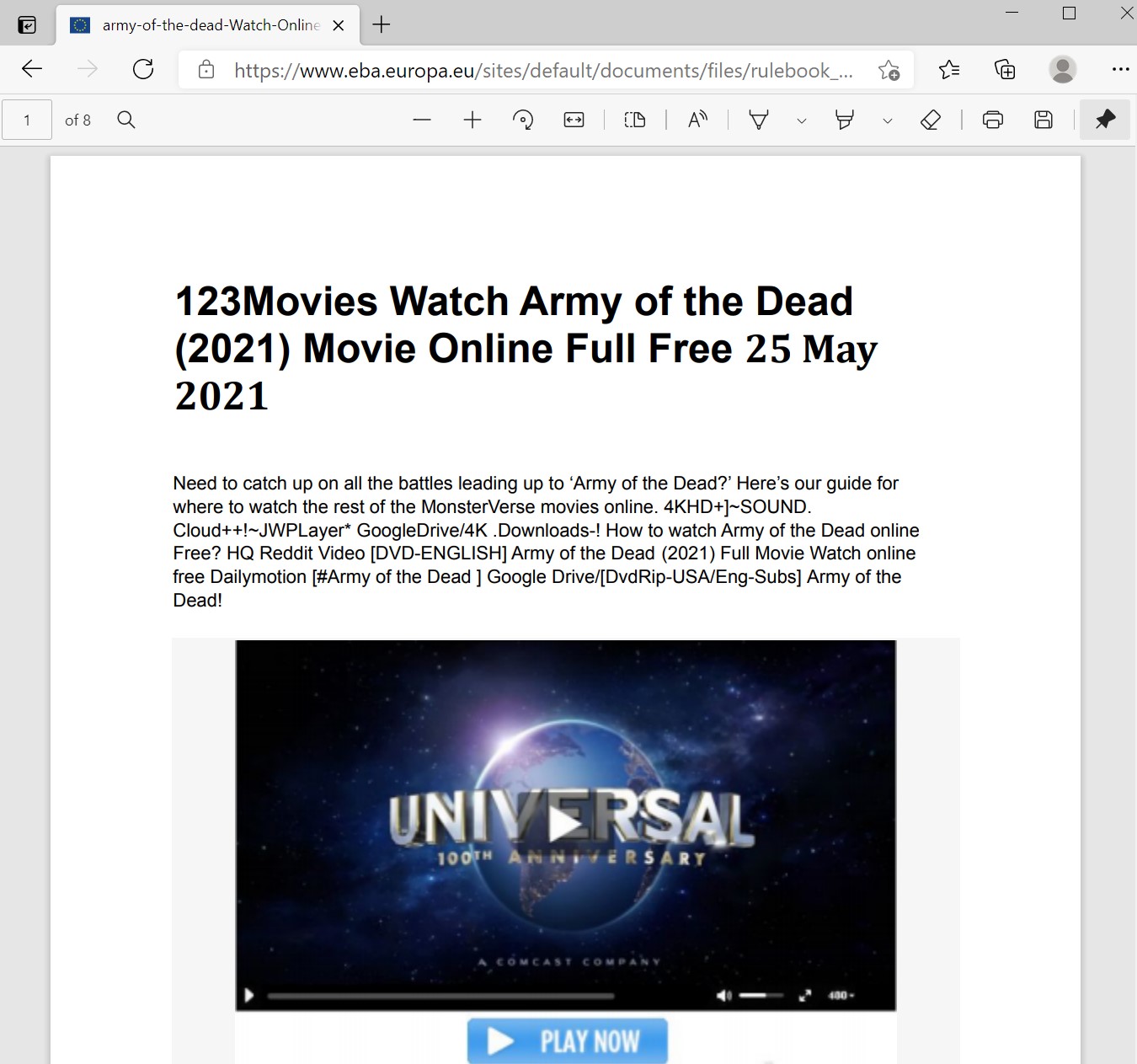 All PDFs link visitors to scammy streaming portals where people have to pay a subscription to gain access. Needless to say, this isn’t a smart idea. These portals are illegal and probably don’t even provide access to the advertised films. They will gladly accept your credit card, however.

The scammers appear to have found a backdoor into the EBA site, which allows them to upload files. Some of these PDFs have been removed over the past few days, but new ones keep appearing. 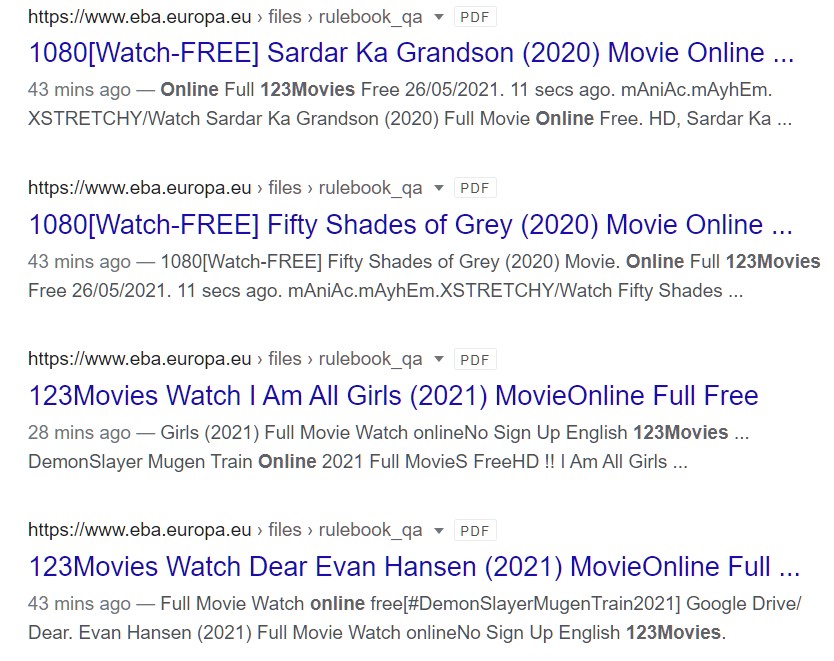 The European Banking Authority is not the only reputable organization to be compromised by these scammers. The same advertisements appear on many other legitimate sites as well, including Mississippi’s Department of Public Safety.

TorrentFreak contacted both organizations to alert them about the scammy content appearing on their sites. At the time of publication, we have yet to hear back.