A study published in 2019 revealed that controversial gambling company 1XBET, known for placing adverts on pirate sites, had become the third most active online advertiser in Russia. Now, however, 1XBET has dropped to a lowly 20th position, but with a twist. Jumping straight into sixth place just behind Google and Danone is 1XStavka, a legal gambling site that’s identical to 1XBET.

Since 2018, pirates around the world have become familiarized with the term ‘1XBET’.

Included in the titles of thousands of pirate video filenames and advertised on dozens of pirate sites, the Russia-based gambling company has been controversial, if nothing else.

In a report published last year by research company Mediascope, the scale of 1XBET’s advertising budget became even more apparent. While Google and PepsiCo took first and second places in a study charting online advertising spend in Russia, 1XBET came in third, ahead of food giant Danone and even Universal Pictures.

Mediascope has just published the results of its latest research which reveals yet another interesting development. 1XBET is no longer one of the most prolific online advertisers, far from it in fact. With PepsiCo taking the top sport, gambling platform 1XBET, which is illegal in Russia, has plummeted to 20th place. 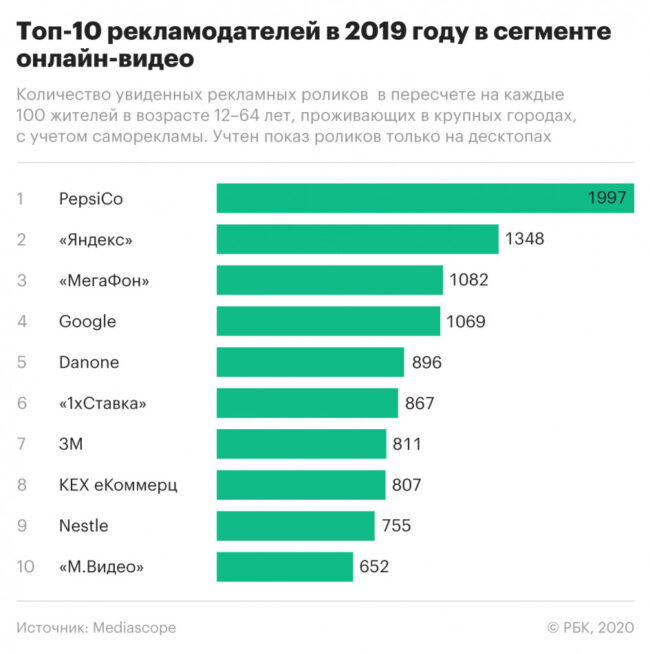 Obtained by RBC, the study reveals that despite not holding licenses with Russia’s Federal Tax Service, 1XBET sharply increased its advertising activity in early 2019. However, as the year progressed, the platform took its foot off the gas, dropping out of the top 10 and putting it at imminent risk of disappearing from the top 20.

While this development in isolation might have been welcomed by anti-piracy groups, there is a twist to the story. Leaping into the top six online advertisers in Russia is 1XStavka, a platform that is not only legal (it has licenses from the Tax Service) but is visually identical to 1XBET.

Only adding to the problem is that 1XStavka is now advertising on pirate sites and according to Alexei Byrdin of anti-piracy group Internet Video Association, that’s proving more profitable for them. It’s also making enforcement more difficult.

Byrdin told RBC that dealing with 1XStavka is a safer option than dealing with 1XBET because the latter is effectively banned in Russia. When a gambling platform is unlicensed, the Tax Service and telecoms watchdog Roscomnadzor can quickly restrict access – not only to the service itself but also locations where it’s advertised.

This means after filling out a simple form, the Internet Video Association (IVA) can get sites blocked easily, something they did to tackle 1XBET and its ads during the course of 2019. Since 1XStavka is licensed, however, the process becomes more difficult, even though by advertising on pirate content the company is still be breaking the law.

This leaves only the standard mechanism to have pirate sites blocked, i.e through legal action in the Moscow City Court or via the search engine deindexing measures available as part of the active anti-piracy memorandum, options currently pursued by IVA.

Finally, the report also notes a massive decrease in advertising by another known sponsor of piracy, Azino 777. In 2018, the gambling site was the top online advertiser in the region but this time around only managed 24th place.

As a result, Mediascope’s latest report concludes that despite 1XStravka’s links to ads on pirate sites, the top 10 online advertisers are all currently legal.