The admin of RomUniverse has filed his reply to Nintendo’s piracy lawsuit. In a pro se defense, the operator maintains that he is unaware of any copyright infringement, claiming protection from the DMCA’s safe harbor. Instead, he argues that Nintendo profited from free advertising while demanding millions in damages for false allegations of infringement.

The website, which also allows users to download movies and books, stands accused of enabling massive online copyright infringement, including that of many popular Nintendo titles.

“The Website is among the most visited and notorious online hubs for pirated Nintendo video games. Through the Website, Defendants reproduce, distribute, monetize, and offer for download thousands of unauthorized copies of Nintendo’s video games,” the company wrote.

RomUniverse profited from these copyright infringements by offering paid premium accounts that allow users to download as many games as they want, Nintendo further alleged.

The site’s operator, Los Angeles resident Matthew Storman, clearly disagreed with these allegations. Without an attorney, he decided to defend himself in court and responded to Nintendo’s claims by filing a detailed motion to dismiss.

This motion eventually failed after Nintendo picked it apart. The court instead ruled that Storman had to face the charges and file a reply to Nintendo’s complaint.

The reply was initially due in January, but the court later agreed to push this deadline back. That was done to allow the RomUniverse admin to attend a Federal Pro Se Clinic to get free advice on how to fight the gaming company on his own.

After the brief delay, Storman filed his answer to the complaint at the California federal court. Still without an attorney, he maintains his innocence and denies all allegations of piracy and infringement.

The site operator states that he is unaware of any infringing content that was uploaded to the website. And if there is any, these uploads may be legally protected by the first sale doctrine.

Storman likens his site to other platforms that deal with user-uploaded content. He therefore argues that he can’t be held liable for uploads carried out by others because he is entitled to safe harbor protection.

“Defendant provides copyright owners access to all files that are arranged by uploaded title only. This is required under 17 U.S. C and an implied contract with Nintendo, where Nintendo has full access to all contents to locate any potentially infringing material..,” Storman writes.

That the site also collects membership fees is not a problem as long as Nintendo doesn’t remove any content from the site, according to the admin.

“Defendant is unaware of content. Furthermore, Nintendo can request removal of any material it has a good faith believe to be infringing. Defendant may receive potential membership fees as long as Nintendo does not remove all material,” he writes. 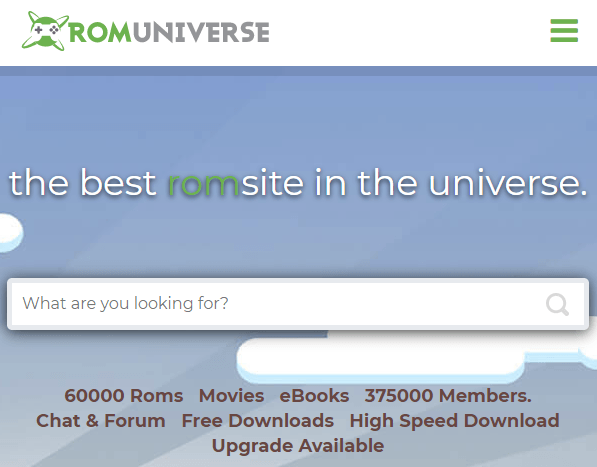 In an attempt to turn the tables, Storman argues that Nintendo profited from his site. RomUniverse.com and the associated NDSUniverse.com, serve as free advertising vehicles for the gaming company which generated profit from it, for which the site owner never received a penny.

“Copies on the Website originally from Nintendo when seen by users is a positive advertising asset to Nintendo. It is part of an implied contract with Nintendo over the last 10 years. This advertising asset can be calculated and measured by Nintendo in cooperation with Defendant,” Storman adds.

The response to the complaint includes several of the arguments that were also made in the motion to dismiss. However, it also does a step further, by demanding damages from Nintendo.

Instead of compensating Nintendo, Storman wants the gaming company to pay up instead. He demands $150,000 per copyrighted work for the false allegations of infringement, as well as $2,000,000 for each false counterfeiting claim.

On top of that, Storman also wants Nintendo to “permanently approve all copying, distributing, selling, performing, displaying, playing, or otherwise using any copy of an [Nintendo] copyrighted work, or any derivative thereof.”

Storman’s demands are the exact opposite of Nintendo’s, which requested the same damages for the alleged infringements and wanted the site admin to permanently cease (instead of approve) the copying of any copyrighted works.

While Storman’s reply is certainly a bold move, we expect that Nintendo will have a different view on the matter. The company’s legal team may also point out several procedural and technical issues, as it previously did.

In any case, it will be a major challenge to defeat a company of this size in court, without any legal representation. For now, however, both RomUniverse.com and the associated NDSUniverse.com remain online.