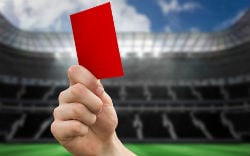 
Popular sports streaming site Rojadirecta finds itself at the center of a criminal lawsuit in Spain. The prosecution seeks a four-year prison sentence for the operator and up to two years for five accomplices. Spanish football league LaLiga and Mediapro demand even higher sentences and also want six million euros in damages.

Copyright holders have repeatedly accused Rojadirecta of facilitating piracy because users share links to unauthorized broadcasts. This has landed the site in court on more than one occasion and also drew the attention of the US Department of Justice.