Popular mixtape platform Spinrilla wants the RIAA to be held liable for sending inaccurate takedown notices. Responding to a motion to dismiss from the music industry group, the mixtape service stresses that the RIAA was well aware of its wrongdoing and that it doesn’t matter whether any files were actually removed or not. 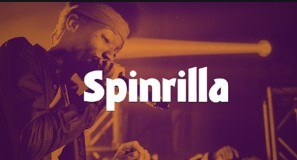 In March, popular hip-hop mixtape service Spinrilla filed a lawsuit against the RIAA.

The mixtape platform said the RIAA was using automated text-based searches instead of actually listening to tracks. As a result, the group allegedly reported non-infringing content. These inaccurate notices put Spinrilla users at risk of having their accounts terminated.

The RIAA swiftly responded to these allegations, assuring the court that it had the best intentions. The example of a ‘faulty’ takedown notice Spinrilla listed in the complaint was a legitimate claim and was sent in good faith, it countered.

On top of that, the music group said that Spinrilla had no case because the alleged DMCA abuse would only be relevant if the site removed the contested music track. That didn’t happen, as Spinrilla refused to take action. As such, the RIAA asked the court to dismiss the case.

This week, the mixtape site urged a federal court in Atlanta to prevent this from happening. It argues that the RIAA’s anti-piracy notices are “overzealous” as they and other service providers are asked “to remove content that is not infringing.”

According to Spinrilla, the RIAA “brags” about sending tens of millions of takedown notices. However, the mixtape site believes many of these are grounded in error-prone text searches.

In its motion to dismiss, the RIAA argued that this case was about just one audio file. However, Spinrilla clarifies that the complaint applies to all takedown notices sent in 2019 and 2020, which identify numerous allegedly infringing audio files.

The music group’s defense that Spinrilla has no valid claim because it didn’t remove the contested music track is contested as well. According to the mixtape site, this argument relies on a too narrow interpretation of the DMCA.

“Under Defendant’s interpretation it can escape Section 512(f) liability because Spinrilla expends the time and monetary resources to investigate those notices and prudently decides not to remove clearly non-infringing files.”

This narrow interpretation would contradict the intention of lawmakers, who drafted the DMCA to deter false takedown claims as these would harm services providers and Internet users, Spinrilla argues.

“Congress would not have passed a law that could be so easily exploited by organizations such as the RIAA that as part of their ‘mission’ is to send millions of takedown notices to service providers such as Spinrilla,” the mixtape site informs the court.

And even if the narrow interpretation holds up, the case should continue as Spinrilla also requests an injunction to prevent future false takedown notices, it argues.

The matter is now in the hands of the court which will have to decide whether the case will move forward or not. Meanwhile, the separate copyright infringement lawsuit several RIAA labels filed against Spinrilla continues as well.

A copy of Spinrilla’s opposition brief is available here (pdf).