The operators of popular music upload site Picosong say that their project will shut down in October. The stated reason is that there are “better alternatives” so the site isn’t needed anymore. However, TorrentFreak has learned that the RIAA is currently trying to find out who runs the site after a leaked Kanye West track was uploaded to the platform.

In theory at least, running a content upload site should be relatively straightforward. Put the necessary infrastructure in place, wait for users to upload files, then make those files available for download or streaming.

This works extremely well for sites like YouTube, for example, because they have teams of lawyers in place that ensure that the company operates to the letter of the law while standing by to swat away any irritating lawsuits over allegedly-infringing content.

Smaller sites tend not to have these luxuries, so there’s always the chance that groups like the RIAA will come knocking, threatening legal action for copyright infringement failings. This appears to be part of the puzzle facing popular upload site Picosong.

Picosong has been around for more than ten years. Its Twitter account dates back to May 2009, a lifetime for many similar sites operating in the same niche. For much of that time, the platform has provided a simple solution for users to host music files. Soon, however, that will come to an end.

A notice currently displayed on the site’s homepage says that Picosong has reached the end of the road. There are better alternatives for hosting musicians’ content, the announcement reads, so as a result, Picosong will close in October.

While the stated aim was to assist musicians to host (presumably) their own content, it’s clear that many uploaders to the site have been sharing content that doesn’t belong to them. A cursory skim around the web reveals plenty of links to content that is almost certainly copyrighted, a situation that affects Picosong and YouTube alike.

Whether Picosong’s impending shutdown was prompted by anything other than a lack of desire to compete with Soundcloud and Bandcamp is unclear. However, a filing at a federal court in Columbia reveals that the site is firmly on the radar of the RIAA after a leaked Kanye West track was uploaded to the site.

In common with similar efforts in 2019, the RIAA applied for and obtained a DMCA subpoena compelling domain registrar Namecheap to hand over the personal details of the site’s operator. Dated July 23, the application lists three infringing tracks;

While the first two songs are already widely available, the latter appears to be an unreleased Kanye West track that hit the web earlier this month as part of a batch of similarly-leaked titles.

Pre-release content appearing online is a particularly sensitive matter for the labels. According to a contributor on Genius.com, the leak may even put the track’s album release at risk.

“‘The Storm’ is a leaked collaboration between Kanye West, Ty Dolla $ign and the late XXXTENTACION. On the track, Ty and Kanye encourage a female listener to take control of their life. X’s rowdy verse, which was picked from his unreleased ‘Yes Indeed Remix,’ features him boasting about fighting, his sex life, and his expensive taste,” the review reads.

“‘The Storm’ is believed to be a cut from West’s upcoming album, Yandhi. However, since the track leaked online on July 12, 2019, its standing on the album is unsure.”

The Storm was previously uploaded to many hosting sites, including YouTube (where it remains at the time of writing) and Soundcloud, which appears to have responded to a takedown notice.

TorrentFreak requested comment from the operator of Picosong but at the time of publication, we were yet to receive a response. 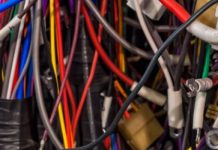 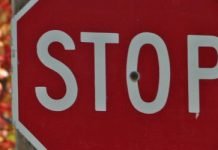