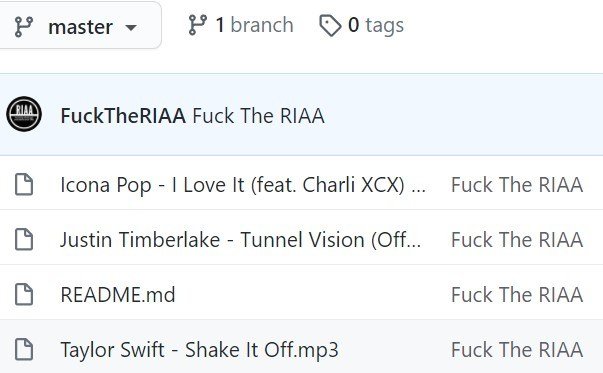 
Two weeks ago the RIAA asked GitHub to remove the open-source stream-ripper software youtube-dl. This request wasn’t well-received by developers, many of whom retaliated by posting copies of the code. Yesterday, things went from bad to worse when a user with the name ‘F*** T** RIAA’ uploaded three MP3s of the songs the RIAA mentioned in its takedown notice 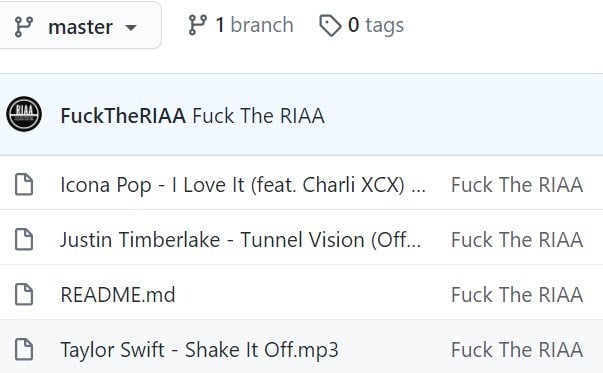 The RIAA and other music groups see people who download music from YouTube as a major piracy threat.

To deal with this problem, they have increased their enforcement actions against stream-ripping tools and services.

This has led to lawsuits and takedown notices, where it’s argued that stream-ripping sites and software violate the DMCA’s anti-circumvention provisions. That was also the case with the open-source software youtube-dl, which was pulled from Github last month.

The RIAA informed GitHub of the alleged copyright violations and the developer platform swiftly complied, taking the software offline.

We have seen similar requests in the past but this one struck a nerve, especially among developers. They believe that the RIAA went too far. As we highlighted earlier, hundreds of new copies of the youtube-dl code appeared online in response, also on GitHub.

While GitHub’s CEO Nat Friedman was annoyed by RIAA takedown efforts, he stressed that the platform legally had to comply, which it did. More recently, the company even said that users who continue to republish the code risk being banned.

Thus far this hasn’t stopped the problem. The youtube-dl code continues to be uploaded to GitHub multiple times a day. This obviously frustrated the RIAA, but the music group has a bigger problem too. Full MP3s are being shared on the site as well now.

A few hours ago we spotted a new GitHub user named ‘FuckTheRIAA‘ who uploaded a copy of youtube-dl as well as a ‘FuckTheRIAA’ repository that includes three songs. 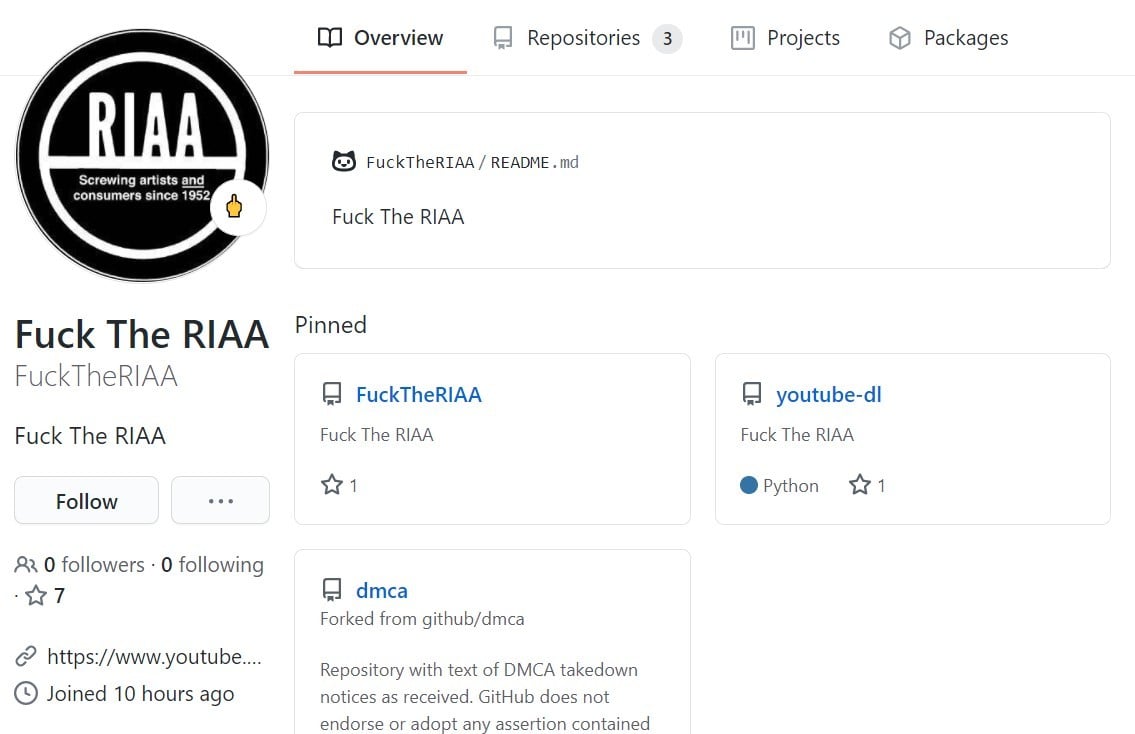 These songs from Taylor Swift, Justin Timberlake, and Icona Pop, were not chosen randomly. The same tracks were mentioned in the RIAA’s original takedown request, as the YouTube videos were highlighted in the youtube-dl code.

“We also note that the source code prominently includes as sample uses of the source code the downloading of copies of our members’ copyrighted sound recordings and music videos,” the RIAA wrote.

How Will the RIAA Respond?

This is yet another example that shows how the RIAA’s takedown request has actually made things worse for the music group, at least for now. After nearly a day the three MP3 files are still available on GitHub.

TorrentFreak requested a comment from the RIAA on these unusual uploads but the group didn’t immediately reply. However, it seems likely that it will send another DMCA takedown request to remove the tracks from GitHub.

Whether the RIAA will also file takedown notices to remove all of the new youtube-dl forks has yet to be seen. For now, its takedown efforts have only made things worse, so they may let things cool down for a while first while exploring other options.

Over the past two weeks, a lot of people and organizations have criticized the RIAA’s enforcement efforts, including the EFF, which stressed that “youtube-dl is a legitimate tool with a world of lawful uses.”

EFF believes that the circumvention restrictions in DMCA section 1201, which prevent people from bypassing technological restrictions, are too broad.

That brings us to another issue we highlighted recently. How much circumvention is involved when anyone can bypass YouTube’s ‘restrictions’ in a regular web browser without extra tools?

The RIAA, however, is convinced that it has the law on its side and thus far its takedown efforts have been successful.

With all the controversy, it will be interesting to see how US courts interpret this issue. The legality of YouTube download services has never been properly litigated and the Flvto/2conv and Yout.com lawsuits could bring more clarity.

That said, the GitHub user named FuckTheRIAA appears to have made up their mind already. Meanwhile, youtube-dl remains available via the official website.