Turbobit, one of the longest-standing file-hosting sites on the Internet, is being targeted by the RIAA which wants Cloudflare to unmask its owner. Interestingly, two other sites detailed in the subpoena are accused of hosting tracks featuring hip hop artist Swizz Beatz. The coincidental loop-around here is that Beatz was once listed as the CEO Megaupload, another one of the RIAA’s file-hosting targets.

When Megaupload was shut down in 2012, chaos ensued in the international file-hosting scene.

While Megaupload undoubtedly stored a lot of copyright-infringing content, it also cooperated with rightsholders and executed takedown demands, not unlike YouTube, for example.

Fearing the same fate, some sites shut down. Others, like fellow file-hosting sites Uploaded and Turbobit, reacted by preventing visitors from the United States from accessing their sites, at least temporarily. While both sites are still around today more than seven years later, the latter is now getting some attention from the RIAA, one of the plaintiffs in the currently-frozen Megaupload civil case.

On July 26, the RIAA filed for and obtained a DMCA subpoena which compels US CDN company Cloudflare to hand over the personal details of Turbobits’ operator, including names, physical addresses, IP addresses, telephone numbers, email addresses, payment information, and account histories.

Turbobit stands accused of offering for distribution the album ‘Hurts 2B Human’ by American singer Pink. Another site listed in the subpoena, Hotsahiphop.org, is similarly accused of offering Mike Posner’s ‘Look What I’ve Become ft. Ty Dolla $ign’ without authorization.

However, it’s two fairly anonymous URLs listed in the same subpoena that offer a coincidental loop-around to the earlier Megaupload case of 2012.

321hiphop.is and gotth.is (Got This) are two pretty low-traffic sites that appear to be used as hosting platforms for various tracks and mixtapes. Since there are much bigger targets around today, it isn’t clear why they’re on the RIAA’s radar.

Nevertheless, the RIAA wants Cloudflare to hand over the personal details of their operators for the offense of hosting two copies of the 2010 Jay-Z track ‘Ultra’ which features none other than Swizz Beatz, the man Megaupload claimed was their CEO at the time of the raid in 2012.

It’s unclear why Swizz Beatz was listed as the company’s CEO all of those years ago since the artist was never mentioned by name in any of the legal documentation connected to the raids or subsequent lawsuits. It was later confirmed by Ira Rothken, counsel for Megaupload, that Beatz was in negotiations to become the CEO, but it never came to pass.

However, Beatz did admit to working with Megaupload, possibly in connection with Megabox, the service that planned to give fans free music in return for their advertising clicks while giving most of the money back to the artists.

Megabox never came to light and here we are, seven years later, with the RIAA trying to tackle sites, not unlike Megaupload, with similar strategies, in order to protect his music.

The more things change, the more they stay the same, it seems. 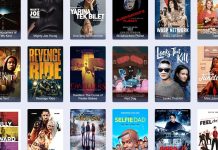