Copyright-trolling outfit Strike 3 has its hands full wih a retired police officer. The man, who denies pirating anything, is pursuing a counterclaim for abuse of process and wants to see the tracking software’s source code. Strike 3, meanwhile, suspects that the man’s son is the infringer and says it may have a “smoking gun.”

Strike 3 Holdings, one of the most active copyright trolls in the United States, has filed cases against thousands of alleged BitTorrent pirates in recent years.

While many of the defendants may indeed be guilty, quite a few of the accused Internet subscribers have done nothing wrong.

This is also what a John Doe, known by the IP-address 73.225.38.130, has repeatedly argued before a federal court in Seattle, Washington.

The defendant in question was sued by Strike 3 Holdings late 2017. In common with other defendants, the man was offered a settlement to let the case go, but instead, he went on the offensive.

As it turns out, the adult company picked a fight with a 70+-year-old retired police officer, who lawyered up to fight back.

Following some initial pushback in court, Strike 3 Holdings was ready to let the case go. The company filed a motion to voluntarily dismiss all claims in August, but the former policeman wasn’t willing to let them. At least, not without getting paid.

The defendant moved for a declaratory judgment of non-infringement, submitting a counterclaim accusing Strike 3 of abuse of process and “extortion through sham litigation.” Strike 3, for its part, moved for summary judgment asking the court to dismiss that counterclaim.

Over the past months, both parties have conducted discovery, hoping to bolster their positions ahead of a trial that’s scheduled for later this year.

The retired police officer, for example, has asked for a copy of the source code of Strike 3’s BitTorrent tracking software IPP. The court granted this request in part and allowed the defendant to issue a subpoena requesting a copy of the software’s source code. Thus far, however, that hasn’t happened.

This week the defendant, therefore, submitted a second motion, requesting a copy of the code. Or if that’s not an option, the court should exclude any evidence that’s based on it.

“It is not Doe’s burden to prove the software is forensically sound. That is Strike 3’s burden. At this point, Strike 3 is playing ‘hide the ball’. If Strike 3 does not comply with the Subpoena, then the IPP Code and any data relying upon it should be excluded as unreliable,” the motion to compel (pdf) reads.

In addition, the retired police officer also submitted a supplemental response to Strike 3’s motion for summary judgment. Among other things, his attorney points out that, instead of naming the defendant, Strike 3 went on a “fishing expedition” to find out who else could be the infringer.

The ‘initially’ accused alleged pirate points out that, based on the IPP software, Strike 3 can never prove that he downloaded a full copy of its works, accusing the company of abuse of process by going after third parties instead.

The defendant’s argument is that the complaint was unjustified and that Strike 3 knew this.

“Despite blatant and unequivocal allegations in their motion for early discovery that Doe is the infringer, and that full copies of Strike 3’s works were downloaded, Strike 3 knew that their investigator could never prove that Doe had downloaded entire films, and that they might not have the right defendant.

“Both of these facts are material to whether a court might find good cause for early discovery. Yet Strike 3 disclosed neither. Nor did Strike 3 disclose, contrary to their motion, that they intended to investigate third parties other than Doe. Strike 3’s conduct constitutes abuse of process,” the Doe defendant adds (pdf).

The third party, in this case, is the son of the retired police officer. According to Strike 3, this may be the person who downloaded its adult movie. At least, according to information it obtained during discovery, including a deposition of the son.

“Through the litigation process, Plaintiff has uncovered a substantial amount of evidence confirming the validity of its original Complaint and IPP’s system – evidence which Defendant has improperly sought to withhold from discovery,” Strike 3 argues (pdf).

The aforementioned passage comes from Strike 3’s motion to compel the defendant to allow one of his hard drives to be images and inspected. The hard drive in question was used by the son and taken out of a computer that was previously sold.

During the deposition, the son admitted that he used the computer, which had uTorrent installed on it, to access The Pirate Bay through which he downloaded adult content. This also happened during the time of the alleged copyright infringement.

According to Strike 3, this could be the “smoking gun” which shows that its original complaint, based on IPP’s evidence, was justified.

“The Son’s deposition testimony clearly makes this Hard Drive relevant and may, indeed, be the literal ‘smoking gun’ demonstrating that Plaintiff’s initial suit was entirely justified, and Defendant’ counterclaims are nothing less than a fraud upon the Court,” Strike 3 writes.

The various court filings and additional arguments make it clear that both sides are working hard to make this case go in their favor.

The court has yet to review the arguments and rule on the motions. After discovery is completed, the case is expected to go to trial. Both parties have indicated they prefer a bench trial, instead of a trial by jury. 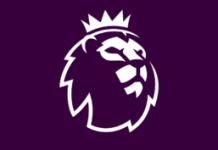