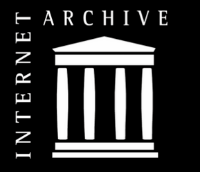 
In 2020, publishers Hachette, HarperCollins, John Wiley and Penguin Random House sued the Internet Archive claiming that its mass scanning and lending of print library books is straightforward piracy. With the defendants relying on a fair use defense, both sides are now asking the court to decide the case in their favor, without need for a full trial.

The publishers described IA’s ‘Open Library’ as an “unlicensed aggregator and pirate site” that makes illegally scanned books available to the public, causing serious damage to authors and publishing companies alike. In support of the publishers, the Copyright Alliance described the library as “vile“.

In response, the Internet Archive stressed that its ‘Controlled Digital Lending’ (CDL) system (which has aims including preservation, access and research) takes authors’ and publishers’ needs into consideration. By definition, any lending is controlled and the library simply provides a digital alternative to physical libraries. IA also defended its decision, during the early days of the coronavirus, to loosen controls to ensure citizens had access to books while libraries were closed.