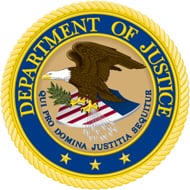 
A man who worked as a programmer for a major pirate streaming operation has been sentenced in the US. Luis Angel Villarino was indicted in August 2019 for his part in running Jetflicks . After admitting to one count of conspiracy to commit copyright infringement, he has now been ordered to serve 12 months in prison followed by three years of supervised release.

In 2019, eight men were indicted by a grand jury for conspiring to violate criminal copyright law for running Jetflicks and iStreamitAll, two of the largest pirate streaming services in the United States.

The Las Vegas-based platforms were huge. Jetflicks, which was disguised as an aviation service, offered around 183,285 pirated TV episodes to customers. iStreamitAll was reported to have made available more than 118,479 TV shows and 10,980 movies to its customers, at the time more content than was on offer at Netflix, Hulu or Amazon Prime.

In December 2019, Darryl Julius Polo (aka djppimp) pleaded guilty to charges of copyright infringement and money laundering for helping to program Jetflicks and for founding and operating iStreamitAll. Earlier this year, Polo was sentenced to 57 months in prison, with the US granted a forfeiture order for $1 million, an amount that represents the illegal proceeds from his offenses.

The Las Vegas resident admitted to his part in offering an illegal subscription-based streaming service that reproduced tens of thousands of copyrighted television episodes without authorization, and streamed and distributed the infringing programs to tens of thousands of paid subscribers throughout the United States.

Villarino (at the time aged 40) was originally due to be sentenced in March 2020 but due to various delays, including complications caused by the coronavirus pandemic, that didn’t take place until last month.

According to sentencing documents released by a Virginia court, Villarino’s actions were offenses under 18 U.S.C.§371 (Conspiracy to commit an offense or to defraud the United States). His offending ended in November 2017 but while his crimes were deemed to be less serious than those of Polo, they still warranted a custodial sentence.

Senior United States District Judge T.S. Ellis, III sentenced Villarino to be imprisoned for 12 months and one day. The year inside will be served at a facility in the Las Vegas area so the former Jetflicks programmer can be near his family.

Upon his release, Villarino must submit to a probation office within 72 hours and will then be subjected to three years of supervised release. During that period, Villarino must not commit any other crimes and must not unlawfully possess or use any controlled substance. He will also be subjected to periodic drug testing and must at no point possess any type of firearm or other dangerous weapons.

In addition to a 13-point list of other conditions, including an instruction to work regularly at a lawful occupation and not leave the district without permission, activities that may be related to his offending will also be restricted. This includes the monitoring of all of his computers plus conditions on what he can do with any unexpected windfalls such as a lottery win or inheritance.

No Fines Handed Down, Restitution Pending

No fines were imposed against Villarino at sentencing but that doesn’t necessarily mean he won’t have to pay restitution in the future.

Only when that matter is concluded will restitution amounts be determined.

Villarino’s sentencing documents can be found here and here (pdf)