Following raids across Germany carried out in the past several weeks, police say they have successfully shut down a pirate IPTV provider and identified 10 individuals connected to the service. Among the suspects is a 34-year-old that police believe to be the head of the operation. The service allegedly caused significant financial damages to broadcasters including Sky. With individuals and groups getting involved in the pirate IPTV market on a continuous basis, it may seem that stopping the illegal distribution of live TV channels, movies and TV shows is an impossible task doomed to failure.

That may be the case, but copyright holders and broadcasters are certainly willing to try.

Shutdowns, domain seizures, and other enforcement actions are reported almost every week, including civil lawsuits and criminal prosecutions in the US, EU and beyond. Germany has been helping to grow that tally in recent weeks.

Last month, German news publication Tarnkappe reported that raids in Germany targeted two suspects aged 50 and 53 under suspicion of capturing broadcasters’ TV signals and offering them for sale via a pirate IPTV service. 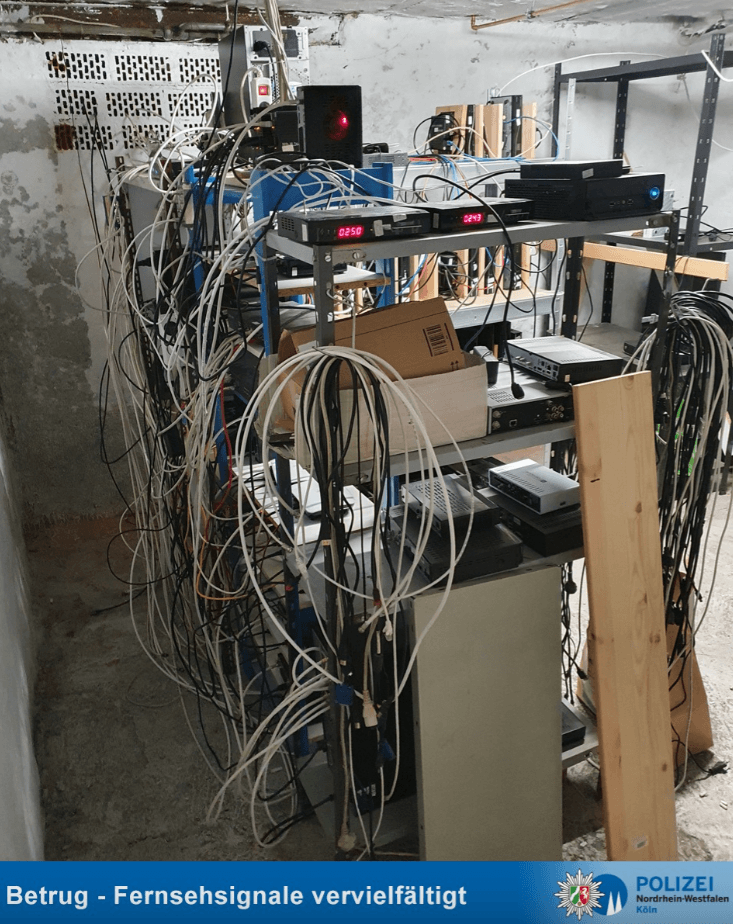 In that operation, police reportedly seized 60 encoders and receivers, 20 smart cards, plus various pieces of computing and network hardware. Tarnkappe subsequently reported that rumors of multiple busts had been spreading in various IPTV discussion forums but it was impossible to link the reports to any particular provider.

Police in Germany now help to connect the dots with a new announcement.

A statement from police headquarters in the city of Osnabrück reveals that the Central Office for Internet and Computer Crime at the Osnabrück public prosecutor’s office and the cybercrime experts of the Central Criminal Inspectorate (ZKI) have “struck a serious blow” against a pirate IPTV provider.

After more than a year of investigations, in September 2021 police carried out searches in Sulingen, Dissen, Hamburg, Berlin, Enger, Gütersloh and Bochum. In total 70 IT devices were seized including cell phones, TV receivers, PCs, laptops, hard drives and other storage media. Police were also able to shut down the provider.

“We have succeeded in smashing the criminal network and also locating the people behind this perfidious fraud. We were able to shut down the illegal servers and take them offline,” says Marco Ellermann, spokesman for the Osnabrück Police Department.

The authorities say that they have been able to identify 10 suspects connected with the service, including a 34-year-old believed to be the head of the ‘gang’. The police have not indicated that anyone has been arrested but it’s clear that at least some of the raids took place in residential properties.

Police say that their investigation has provided “concrete suspicion” that the suspects were involved in the sale of illegal IPTV, in particular premium TV content belonging to broadcaster Sky.

“To do this, they used shared IT network structures by renting servers. The case started rolling through an advertisement from the pay-TV provider. The accused advertised ‘cheap and stable television viewing’ via social networks. Without exception, they acted with nicknames,” police report.

The authorities report that if convicted, the suspects face a sentence of between six months and 10 years for commercial or organized computer fraud. Users of the service may face issues too, with police reportedly investigating their connections to the shuttered (and as yet unnamed) IPTV service.