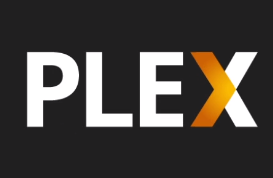 
A new streaming service set to premiere blockbuster movies before they reach theaters is facing legal action. Due to launch on October 2, the Zee Plex “Cinema2Home” platform hopes to pull in large audiences watching from their own homes. However, the use of the word ‘Plex’ is unacceptable to US-based Plex, Inc., which claims that the Zee Plex service is abusing its trademark.

Soon after the latest blockbuster movies hit cinemas, pirated copies are available for download from the Internet.

It’s a problem that studios have been struggling to mitigate for decades but the practice of granting an exclusive theatrical window leaves a convenient gap for millions of pirates to exploit.

In an effort to service the market by offering more choice, several companies have publicized plans to bring first-run movies to the small screen, notably Napster co-founder Sean Parker and his company Screening Room. Over in India, local media company Zee Entertainment Enterprises has a similar project of its own almost ready to launch but is now facing legal opposition from the US.

Set to go live on October 2, 2020, premium VOD service Zee Plex is primed to not only provide a legal alternative to day-and-date piracy but also offer a service to millions of customers who are currently unable to visit cinemas due to coronavirus restrictions.

“We are very excited to bring this new offering to all the movie buffs across India and around the globe,” Zee Studios CEO Shariq Patel announced earlier this month.

“While we all love to catch the latest movies at the nearest theatres, we sensed the need for a solution like Zee Plex, which gives the consumers flexibility and convenience, to catch their favorite films in the comfort of their homes, along with friends and family. We have received great interest from producers and are looking forward to release a strong slate of blockbusters across languages.”

The big launch day will feature the new blockbuster movie Ka Pae Ranasingam featuring local superstar actor Vijay Sethupathi but not everyone is pleased by the move.

With roots as a freeware project to port XBMC (now known as Kodi) to Mac OS X in 2007, OSXBMC quickly took a different direction to XBMC and renamed itself Plex. In 2009, Plex, Inc. was founded to carry the Plex project forward commercially and over the next 11 years established itself as one of the most recognizable brands in the media player space.

“In September 2020, Zee announced it was launching a competing video service, titled Zee Plex, in an obvious attempt to trade off of the Plex brand and global goodwill. Available to consumers globally, Plex is taking measures to defend its intellectual property, and specifically, in this case, to protect its trademark and brand.”

Plex is often associated with piracy due to some users utilizing the software to organize pirated media to create their own personal Netflix variants. As a result, it has been slammed as a “dangerous digital player” by content industry lobbyists for not doing enough to police users’ behavior.

However, to dismiss Plex as “just another media player” is only telling half the story.

Last year the company revealed it had been forging deals to offer large libraries of licensed movies to its users and it now looks set to continue moving forward as a legitimate software and content distributor. This brings it face-to-face with various entities looking to trade on the Plex branding.

Speaking with TorrentFreak just a few months ago, Plex told us that it was in a game of “whack-a-mole” trying to fight back against people using the Plex trademark for nefarious purposes. These breaches take many forms but at least one company had set up a VPN service claiming it was run by Plex, Inc. That software has now disappeared from Google Play but problems clearly still exist.

Plex, Inc. says its lawsuit alleging trademark infringement has been filed with the High Court of India and papers have been served on Zee Entertainment Enterprises via email. The matter should come up for hearing the coming days, Plex concludes.