As one of the world’s most recognizable YouTubers, Jake Paul has leveraged his fame to become one of the most controversial names in boxing.

Rather than working his way up through the ranks, Paul hand-picks his opponents to appear in so-called “money fights”, ones that have their roots in entertainment rather than the framework of traditional boxing.

On April 17, he squared up against MMA veteran Ben Askren, an accomplished wrestler and UFC fighter well known for his lack of striking ability. Paul finished Askren in the first round.

The pay-per-view event was a success but according to Triller, the social media platform behind the promotion, the card was dogged by massive piracy. Via a lawsuit filed in a California court, Triller is now hoping to claw back a cool $100m in damages from a number of entities and individuals who streamed the card illegally online.

Covering several domains and what appear to be individuals, the lawsuit describes FilmDaily.com, AccessTVPro.co, Online2LiveStreams.us, CrackStreamsLive.com, Sports-Today.club, My-Sports.club, BilaSport.com, Trendy Clips, Mike, Your Extra, Eclipt Gaming, and ItsLilBrandon as “unknown business entities” involved in the illegal streaming of the event. 100 John Does also make an appearance.

“Through this action, Triller seeks in excess of $100,000,000.00 against Defendants and each of them all of whom are cyber-criminals, for their outright theft and diversion of upwards of 2,000,000 unique viewers by providing them with illegal and unauthorized viewings of the Broadcast of the Jake Paul vs. Ben Askren boxing event,” the complaint reads.

According to Triller, the defendants utilized various torrent and streaming sites, including YouTube, to unlawfully upload, distribute, and publicly display the broadcast to the users of the websites, without authorization. The complaint alleges that this was done for-profit via shareable links, including PayPal links, which allowed users to send the defendants money in return for watching the event.

“Through their egregious conduct, Defendants also encourage other online users to copy, share, download, distribute and share the Broadcast on the aforementioned websites. Defendants further unlawfully facilitate, participate, and induce other users to engage in the unauthorized reproduction, adaptation, distribution and public display of Plaintiff’s copyrighted Broadcast all to line their own pockets with monies that belong to Plaintiff,” Triller adds.

The Defendants According to Triller

At this stage, Triller doesn’t appear to know much about its targets. FilmDaily.com is confusingly described as a Nevada entity doing business via FilmDaily.co, a platform that exists to facilitate and induce the sharing of videos and live programming, including that owned by Triller, among its users.

AccessTvPro is said to be registered in Arizona while Online2LiveStreams, CrackStreamsLive, Sports-Today.club, BilaSport, and My-Sports.club are all said to do business in California and are broadly accused of the same offenses.

Trendy Clips, Mike, Your Extra, Eclipt Gaming, and ItsLilBrandon are all said to do business in California and are separately accused of running a single YouTube channel operating under the ‘Mike’ branding. 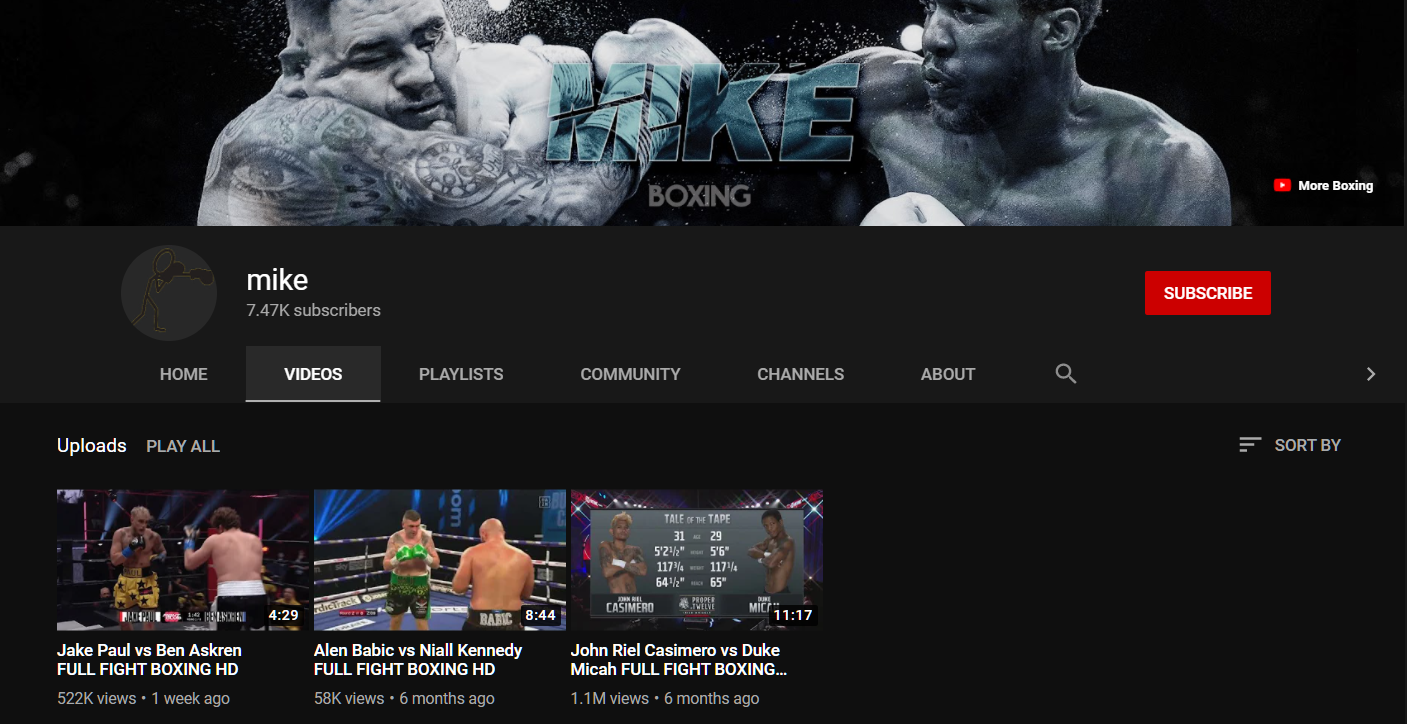 “Plaintiff is informed and believes, and thereon alleges, that the actions and omissions that serve as the basis for this complaint were undertaken jointly and with the consent, conspiracy, cooperation, and joint participation of all defendants,” Triller claims.

Copyright Infringement and Various Other Offenses

Triller’s complaint covers several counts, beginning with copyright infringement. The company says that the event was broadcasted via encrypted satellite signal and then retransmitted to cable systems, satellite companies and other licensed content distributors, including Triller’s online platforms. As such, Triller claims copyright in the broadcast and the exclusive right to copy, publicly perform and distribute it.

According to Triller, the defendants obtained the broadcast through Internet websites and/or via their own pay-per-view purchases that were intended for private use only. As they failed to obtain permission from Triller when they utilized “various torrent and streaming websites” to upload and distribute the broadcast for profit, they violated the Copyright Act (17 U.S.C. § 501).

“As such, Plaintiff is entitled to disgorgement of Defendant’s profits directly and indirectly attributable to Defendants’ infringement of the Broadcast, in an amount to be established at trial, but in no event less than $100,000,000.00,” the complaint adds.

Triller goes on to allege breaches of the Federal Communications Act, demanding between $60,000 and $110,000 for each violation, plus acts of conversion that caused damages of “no less” than $100m. All defendants are further accused of breach of contract on the basis that they bought the event from Triller or one of its outlets and then breached the agreed terms by infringing the company’s rights.

All of the defendants are further accused of conspiracy to unlawfully access, copy and distribute Triller’s broadcast in exchange for payment from website users, while generating revenue from advertising and causing loss of business to Triller. The company also asks the court to restrain the defendants from any further acts of infringement.