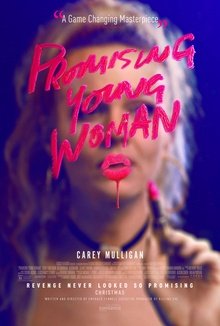 
Three big movies, all of which are being touted as Oscar contenders for Best Picture, have leaked online to torrent and streaming sites. Promising Young Woman, Nomadland & Minari were released in WEBSCR format, meaning that they were all sourced from secure online screenings that should have been limited to select viewers. 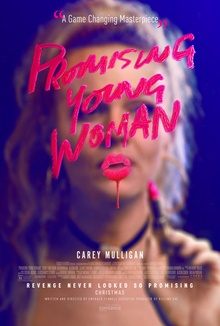 All year round pirate sites are key sources for the latest movies but around Christmas time and the turn of the New Year, visitors are often treated to unexpected gems.

These often appear in the form of screener copies of recent movies, often in advance of their official release.

They are sent out to critics and others involved in the awards voting process and are only meant to be viewed only by this select audience. Every year, however, pirates manage to get hold of at least some.

A few months ago we reported how pirate release group EVO obtained early copies of the films ‘Falling‘ and ‘My Salinger Year,’ both of which were sourced from online screeners, and placed them online.

Over the past few days EVO has done it again, releasing copies of three high-profile movies, in two cases well ahead of their full theatrical release. All are well-known titles that are currently listed by Variety as potential Oscar contenders for Best Picture.

Based on the 2017 book Nomadland: Surviving America in the Twenty-First Century, ‘Nomadland’ from Searchlight Pictures was aired at the Venice Film Festival in September 2020 but is set for a February 19, 2021 release in the United States. However, the EVO release that appeared on torrent sites in recent days beats that by around seven weeks.

The NFO (information) file with the release provides no details on the source but credits a number of entities by their pseudonyms (BOSS_HITMAN + DdHD + KING_DVD + Ach + Mr. Spy + Warm + MUSE) for their participation in getting the movie online.

At 1080p, the quality will be good enough for most people and as far as we can ascertain, there are no visible watermarks. However, EVO itself does admit that the video source was “a little bit jittery” but nevertheless it’s the best copy available online at the time of writing.

American thriller film ‘Promising Young Woman’ had its world premiere at the Sundance Film Festival on January 25, 2020. Its theatrical release followed 11 months later on Christmas Day in the United States so it’s the only movie of the three released by EVO that managed to get out to the public in a full official release before it was leaked online.

At 720p, the headline quality is significantly lower than the ‘Nomadland’ release. According to sources, however, there are no major issues other than a pretty intrusive watermark at the bottom of the screen that plays throughout the movie declaring that it’s the property of Focus Features.

Whether there are any other watermarks in the release isn’t revealed in the release notes. It’s certainly possible that security tracking features were present in the original source but release groups tend to remove these whenever possible since that contribute to the overall safety of the group and ensure sources aren’t compromised.

In common with ‘Promising Young Woman’, A24’s ‘Minari’ also premiered at the Sundance Festival in January 2020. Documenting the life of a Korean-American family searching for their ‘American Dream’ on an Arkansas farm, the movie is set for a US theatrical release on February 12, 2021.

The 720p EVO release trumps that full launch by around six weeks, although the film did have a limited release in early December for Oscar qualification purposes. As far as we are aware, the release has no overtly visible watermarks but has hardcoded subtitles which are necessary for non-Korean speakers at various points in the movie.

Sources and Popularity Among Downloaders

Traditionally, screener copies of movies have been mostly leaked online after pirates have somehow managed to intercept or obtain physical discs intended for critics and awards voters, for example. However, this system has become outdated so these days it’s more likely for screeners to be made available more privately via online streaming services, so the ‘DVDSCR’ (DVD screener) tag is becoming increasingly less common.

The switch to digital delivery is more convenient for movie companies and critics/voters but also adds a significant level of additional security to prevent screeners from leaking out online. However, all three of the above-mentioned movies appear to have been obtained from web sources, something that is made clear by the inclusion of the term ‘WEBSCR’ (web screener) in their release titles and notes.

Precisely where or when these copies were obtained remains a mystery, at least for now. TorrentFreak has contacted EVO for comment and should the group respond, we will update this article accordingly.

Finally, given the movies’ chances of becoming Oscar-nominated, it’s perhaps interesting to note their popularity among downloaders. Currently, ‘Promising Young Woman’ appears to be at the top of the list just ahead of ‘Nomadland’. While trailing behind in third place, ‘Minari’ is not that far behind.