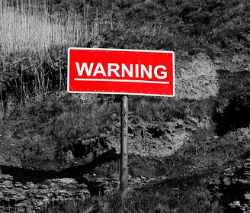 Over the past decade or more, entertainment industry companies and their anti-piracy partners have gone to extreme lengths in an attempt to deprive pirate sites of revenue.

The thinking is simple – if pirate sites cannot easily make money then people won’t bother to run them. It’s a credible and logical strategy that is likely to pay off to some extent in the long run. However, there are consequences that aren’t often discussed, namely the side effects on people who use these sites.

In years gone by it was not uncommon to see mainstream companies advertising on pirate sites. In most cases that happened through no fault of their own but since they paid good money, pirate sites were happy to host the ads. Today the landscape has changed dramatically. In the majority of cases, high-paying advertisers are long gone after being put under pressure by various schemes designed to blacklist pirate portals.

As a result, many pirate site operators (especially those in live sports streaming) are left with a stark choice – run highly questionable ads and incorporate other highly dubious schemes or shut down. While some choose the latter, there are way too many sites that don’t care about their users, as we have previously highlighted.

This week cybersecurity firm Webroot released the results of a study that looked into the dangers of sites offering illegal football streams for the Carabao Cup Final and major clashes across the Premier League, La Liga, Serie A and Bundesliga.

According to the company, 92% of the illegal streaming sites analyzed were found to contain “some form” of malicious content. The figure sounds about right given the often broad definition of “malicious”. However, the vast majority of sites operating in these spaces have little choice but to run terrible ads and similar schemes since the alternative is to close completely.

Interestingly, Webroot notes that the sample investigated were all platforms shared on social media channels. This could be significant since, unlike more seasoned pirates, the average social media user can be blissfully unaware of the threats. That makes them particularly good targets for various nefarious schemes. But what are these threats?

Webroot lists several “threats to watch” which begin with bitcoin scams “promising riches and asking users for banking details” alongside “convincing ads and websites that link directly to fake news sites with local celebrities and politicians.”

Dealing with this threat is not hard and it begins with people realizing the nature of the sites they are using. These are pirate streaming platforms that are illegal, sometimes criminally so, in most parts of the world. Are genuine financial companies likely to be advertising on pirate sites? No. Do they want to share their wealth with you? Of course not. So why hand over banking details? It’s a question best answered by those that do but some clearly get sucked in.

Fake mobile app scams also make an appearance. According to Webroot, they can have in-app purchases that range from £2.90 all the way to £114.99. That’s a frightening prospect but again, it’s easily mitigated. People need to understand where they are and ask themselves what’s wrong with Google Play or the App Store if they need a reputable app and intend to start spending money.

On a similar front, Webroot warns of mobile applications that come with hidden and excessive subscription fees which, completely ironically, center on people’s desire not to become infected with viruses.

“On streaming sites these are often in the form of fake virus ‘scans’ that push users to download antivirus software. The software looks legitimate but provides no protection,” the company writes.

Some Users Can Mitigate Some Issues But Risks Remain

There is plenty of anecdotal evidence online suggesting that people are able to avoid malware on pirate streaming sites but that is not the default position. Most threats, including those listed by Webroot, can be avoided but that requires work in the technical and common sense departments.

Firstly though, people intent on watching matches should consider what kind of experience they want. If a second-rate, unreliable, and invariably risky experience is desired, many pirate streaming sites can provide that. If viewers want to relax and they have the money, official offerings will be a much better option.

That being said, there are still those who don’t mind a game of Russian roulette, albeit with fewer bullets in the chamber. This is usually achieved by installing decent anti-virus software and anti-malware software such as MalwareBytes, from their official sources. NOT from ads listed on pirate sites. But even this isn’t enough.

Many tech-savvy people report using good pieces of browser filtering software too, such as uBlock Origin and NoScript. In many cases, these can prevent the threats from appearing in the first place but again, this won’t ensure that everyone always stays out of trouble.

Crucially, what neither of these will do is completely prevent people from doing reckless things, including but not limited to handing over banking and credit card details or installing completely unknown apps. Nor will they stop people from clicking on the ads that may get through the defenses provided by browser addons or security software.

In an ideal world all ads would be either blocked or failing that ignored, and if a questionable streaming site attempts to prevent use after detecting blockers, backing out completely is sensible for novices. People shouldn’t be fooled by sites asking if they can send them notifications either, since this will almost certainly get abused too.

The Perhaps Counter-Intuitive Consequences of The Above

At this point, it’s worth looking at the bigger picture. If people are visiting pirate sports streaming sites that require extensive mitigation measures to keep them safe, they might start asking themselves whether they should be visiting them at all.

The operators of these platforms are obviously under pressure to stay afloat but the provision of high-level scams shows disrespect for users and a complete disregard for their welfare. There are sites out there that don’t engage in this behavior and while we aren’t going to list them, as a reference point, people should know they exist.

On the other hand, using blocking tools such as uBlock Origin and NoScript (to name just two) also has an interesting effect on these platforms. When they work as planned, sites can lose much of their ability to push malicious ads, software and scams onto their users. This means that the schemes don’t generate money as they should.

This creates an interesting situation. Like the anti-piracy measures being carried out by entertainment companies to prevent decent ads from appearing on pirate streaming sites, these mitigation and blocking techniques only serve to starve streaming platforms of their revenue. The end result is that this actually helps those who want to shut these platforms down by making them financially unviable.

It’s a chicken and egg situation that lower-tier pirate streaming sites will have to solve, if they want to stay relevant and afloat.