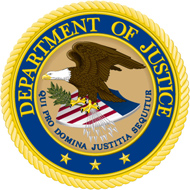 
The Department of Justice and Homeland Security Investigations (HSI) have just announced the seizure of six music piracy domains. The seizures were straightforward due to Verisign and GoDaddy being American companies. However, additional facts regarding these seizures, including on whose behalf they were supposedly carried out, raise key issues that don’t make much sense.

The anti-piracy initiative began in 2019 and with the assistance of law enforcement agencies in the United States and United Kingdom, Brazilian authorities claim to have put hundreds of websites and apps out of action via blocking and domain seizures.

Following last week’s announcement by the Government of Brazil, the US Department of Justice released additional information on Monday. It confirmed that as part of ongoing efforts by the Department of Justice and Homeland Security Investigations (HSI) to combat copyright infringement, six website domains had been seized.