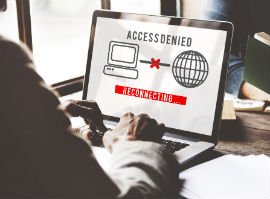 
The Philippines Government and local Internet service providers have agreed to establish a voluntary mechanism through which pirate sites can be more effectively blocked. After receiving a verified complaint, the plan is for ISPs to block infringing platforms within two hours, although new legislation may be needed to speed up the initial verification process.

Alongside various initiatives to discourage Internet users from visiting pirate sites, including improved legitimate offerings, governments, rights holders and service providers are pressing ahead with their site blocking plans.

Broadly speaking, site blocking takes place under two regimes – court-ordered injunctions and voluntary arrangements between stakeholders. The former can prove effective but there are considerable costs involved and blocking doesn’t always happen as swiftly as rightsholders would like. Voluntary arrangements, on the other hand, are less formal and have the advantage of being less adversarial, not to mention less expensive.

In common with most regions of the world, the Philippines has a problem with piracy but a new agreement announced this morning hopes to reduce the number of citizens being able to directly access pirate sites for their fix.

A joint announcement by the Intellectual Property Office of the Philippines (IPOPHL), the National Telecommunications Commission (NTC) and the country’s internet service providers reveals that a voluntary agreement has been reached to block pirate sites in a streamlined and swift manner.

How the System Will Work

Via a memorandum of understanding, the parties have agreed to form an alliance that will define coordination protocols that will enable pirate sites to be quickly blocked following an official complaint of infringing activity. The system will work as follows:

In the first instance, rightsholders will present a complaint to IPOPHL which will work to assess the evidence and the need for action.

“The duration of IPOPHL’s investigations will depend on the merits of the case and evidence submitted, but we always ensure a speedy and thoroughly validated decision,” says IPOPHL’s IP Rights Enforcement Office (IEO) Officer-in-Charge Director Ann N. Edillon.

Edillon says that the complaints validation process is a “fine-toothed comb” that aims to ensure that all evidence points to infringing activity before a blocking order is handed down. The requirements for blocking are yet to be published so at this stage the relevant thresholds are unclear.

When IPOPHL is satisfied that blocking is warranted it will hand down an order to the National Telecommunications Commission (NTC), the government body responsible for the supervision and control of all telecoms services, television and radio networks in the country, including ISPs.

Once received and validated by NTC, the blocking order will be distributed among the participating ISPs listed above, which will then go about the practicalities of blocking. At this point, the ISPs believe that blocking can be put in place within two hours but according to the government, further streamlining is not out of the question.

Reducing the Steps Before Blocking

The validation process carried out by NTC after receiving a blocking order from IPOPHL can reportedly take a few days, a delay that rightsholders would like to reduce.

The government says that some of the ISPs are willing to cut out the ‘middle man’ and take their blocking orders directly from IPOPHL. Others, on the other hand, say that this would require a new law that would formalize IPOPHL’s authority to directly block pirate sites, without the involvement of NTC. Another scenario would see IPOPHL hand down a blocking order to NTC, which would immediately forward it to ISPs.

Earlier this week the IPOPHL announced the signing a memorandum of understanding with the Asia Video Industry Association (AVIA), an anti-piracy group responsible for protecting the interests of video and TV rightsholders in the region.

The MoU envisions cooperation on several fronts including the sharing of information to help prevent and reduce piracy in the Philippines, the development of piracy monitoring and site-blocking processes and their implementation, and assisting local authorities to build their anti-piracy expertise.

“I eagerly look forward to the work with AVIA in the months ahead,” said IPOPHL Director General Rowel S. Barba during a virtual signing ceremony.

“Together, may IPOPHL and AVIA successfully stamp out the infringers and enable Filipino film and video producers, artists and contributors to wholly enjoy the rewards they deserve and to continue creating fresh original works for the benefit of society, culture and economy.”

AVIA CEO Louis Boswell said that piracy is on the increase in the region and since hosts of pirated content are often outside the country, site blocking is the obvious solution.

“Site blocking is a responsible means of not allowing access to pirated sites. We have experience now in multiple markets all around the region that site blocking, where it is done properly, can be incredibly effective at reducing the levels of piracy in a market,” Boswell said.

As part of the agreement, the IPOPHL has agreed to take action against pirates based on information provided by AVIA.