A law firm acting for Nintendo of America has shut down a successful Kickstarter campaign for alleged breaches of copyright. According to the gaming giant, the fundraiser used characters and images from the Animal Crossing series without obtaining the necessary permission.

Anyone with a cool idea that could potentially develop into a great product or business can raise funding on Kickstarter.

Launched in 2009, the crowdfunding platform has helped to fund almost 180,000 projects with an impressive $4.85 billion in pledges. But while many projects go on to enjoy success, others can fail at an early stage due to basic errors.

The ‘New Adventures Passport Travel Holder’ fundraiser launched with a modest target of just £1,000. The aim was to offer an RFID-protected passport holder and luggage tags along with a matching lanyard, which doesn’t sound especially exciting in the grand scheme of things.

Nevertheless, the project quickly amassed 1,823 backers pledging more than £34,000 between them, 34 times the original target. While there may have been other factors contributing to this success, a quick view of the promotional material provides a fairly obvious clue as to why it was so popular. 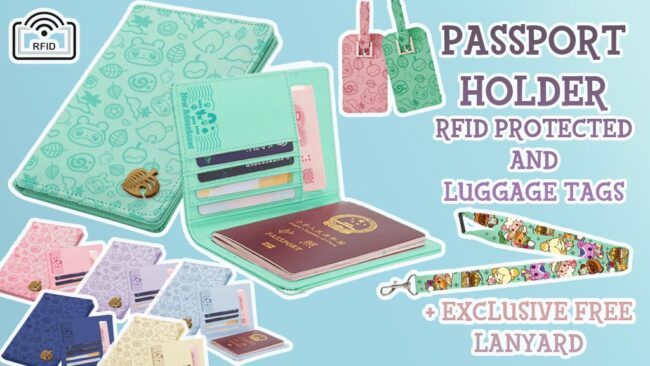 For reasons best known to those behind the crowdfunding campaign, creating original artwork for the products wasn’t high on the agenda. As the image shows, all of the products are adorned with characters from the highly successful Animal Crossing video game series created by Nintendo.

History has shown us that this kind of move is a bad idea. Nintendo is known to aggressively protect its copyrights and trademarks and this case was no different. In a letter and DMCA notice to Kickstarter, a law firm acting for Nintendo explained that the project must be shut down.

In response, Kickstarter swiftly shut down the campaign, noting that it had been rendered unavailable due to an “intellectual property dispute”.

Considering the text used to draw attention to the UK-launched campaign, the use of Nintendo’s works appears to have been intentional.

Advertising the “New Adventures” travel holder, those behind the project described their product as a “cute animal pattern passport cover for your new adventures crossing the horizons!” Almost all words in that description relate to Animal Crossing which makes the project easy to find in search engines by gaming fans.

“All or nothing. This project will only be funded if it reaches its goal by Tue, March 31 2020,” the campaign read before being taken down. Clearly, that will not happen now.

At any one time, Nintendo is involved with multiple intellectual property disputes which are tackled using various means.

In recent months the gaming company has resorted to site-blocking measures in the UK to tackle Switch piracy, filed a complaint against Github to tackle a remake developer, obtained an injunction in the US to restrain a mod seller, filed DMCA anti-circumvention notices, and continued with a full-blown lawsuit against download portal RomUniverse.