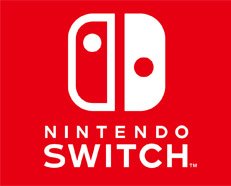 
Nintendo has taken another step forward in its battle to prevent Team-Xecutor products from reaching and affecting the legal market. Following a pair of legal processes in Spain, a court has handed down injunctions compelling local ISPs to block three Team-Xecutor domains and two others offering pirated Nintendo games.

Millions of videogame players enjoy Nintendo games after obtaining them through official channels. However, the Japanese gaming giant is also in a war to prevent access to unauthorized copies circulating on pirate sites.

If Nintendo is to succeed, it must make progress on not one but two fronts. While reducing the flow of ROMs is important, devices that can allow pirated games to be played on Switch consoles are a crucial part of the puzzle. In that respect, various hacks and mods developed by the infamous Team-Xecutor have become a prime target.

Indeed, Team-Xecutor itself is already under pressure. Three of its members were arrested and indicted in the United States last year and Nintendo is separately suing the entity after it targeted a related online store.

Nintendo’s disruption strategy is multi-pronged and after obtaining a site-blocking injunction in the UK targeting Team-Xecutor domains, the company is now deploying a similar strategy in Spain.

In a process at Commercial Court Number 2 of Barcelona, Nintendo demanded that several Team-Xecuter-related domains (team-xecuter.com, sx.xecuter.com and team-xecuter.rocks) should be rendered less accessible to the public.

To achieve this the gaming company asked the Court to hand down an injunction compelling several local fixed-line and mobile ISPs – Telefónica, Telefónica Móviles, Orange, Vodafone, Vodafone ONO and Xfera Móviles – to block the sites so that customers can no longer access them directly.

“These websites are popular destinations for users around the world to purchase circumvention devices and download associated software, which is then used to play pirated copies of Nintendo Switch games,” Nintendo said.

In common with the action previously undertaken in the UK, the Court sided with Nintendo and ordered the ISPs to restrict access to the domains. At the time of writing, only team-xecuter.com remains up even outside Spain.

In a second process, this time at Commercial Court Number 6 of Barcelona, Nintendo requested that the same set of ISPs should block access to a pair of ‘pirate’ platforms – switch-xci.com and nxbrew.com – which allegedly offer illegal downloads of pirated Nintendo software.

“These websites are popular with users around the world to find and download pirated copies of Nintendo Switch video games, including the latest releases,” Nintendo explains.

Again, the Court was happy to hand down an injunction against the named Internet service providers requiring them to block access to the sites. At the time of writing, only nxbrew.com appears to be operating globally.

Nintendo: Sites Are Damaging to Us and Developers

In a statement commenting on the processes, Nintendo says that legal action was necessary to not only protect its own interests but those of its developer partners too.

“Each of the websites blocked in both procedures causes significant economic and reputational damage to all those developers and publishers of video games for Nintendo Switch consoles,” the company says.

“Nintendo initiates these actions not only on its own behalf, but also on behalf of the more than 2,000 video game developers who depend on legitimate Nintendo Switch video game sales for their livelihood.