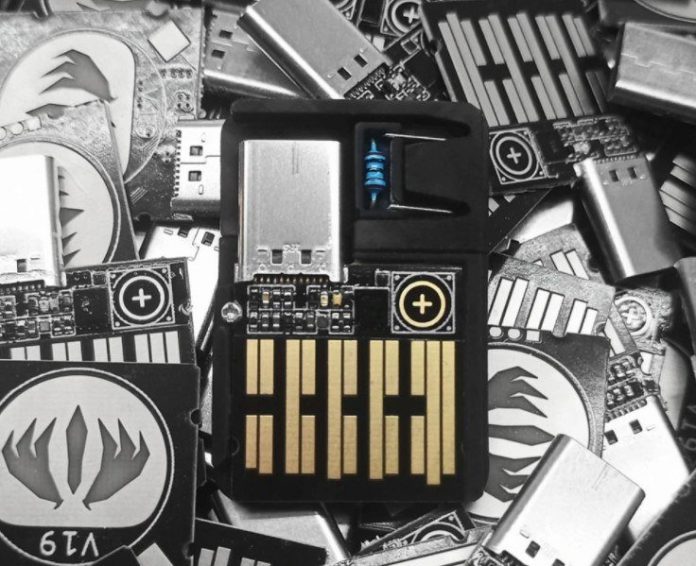 
Nintendo has targeted the developer of an open-source Switch payload injector with a cease and desist notice. Faced with copyright infringement threats, the DragonInjector developer decided to shut the project down. While he doesn’t agree with the allegations, an expensive legal battle is not an option. 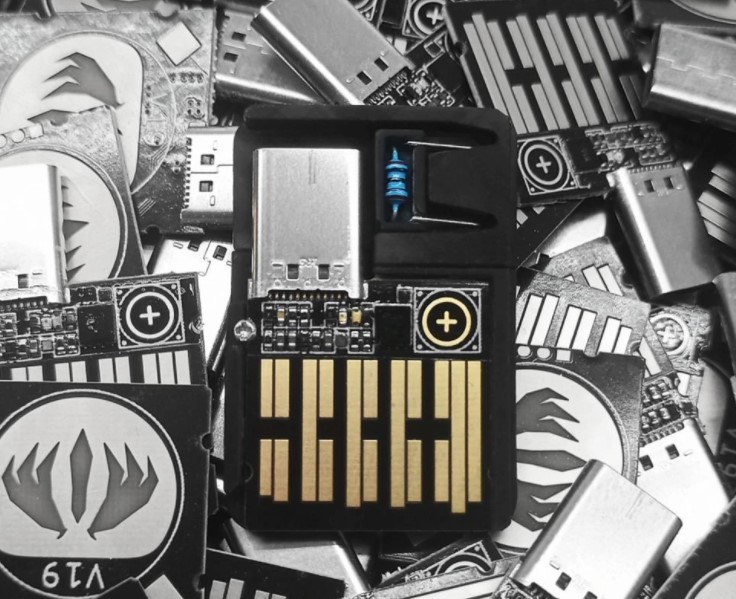 Nintendo is doing everything in its power to stop the public from playing pirated games on the Switch console.

Earlier this year, the game company launched several lawsuits against websites that sell Team-Xecuter products. These cases are ongoing.

In the meantime, Nintendo has identified other “payload injector” threats as well. This includes the open-source project Dragoninjector, which was developed and sold by MatinatorX.

DragonInjector is a small piece of hardware that fits in the Switch game card slot. It allows users to install and load custom firmware on their console. While it’s not advertised as a pirate tool, with third-party code it can be used to play pirated games on older Switch models.

A few days ago, DragonInjector’s developer formally announced the end of the project. In a message on Discord, a Nintendo cease-and-desist order is cited as the main reason. MatinatorX doesn’t agree with the gaming company’s copyright infringement claims but he doesn’t want to fight them either.

“While I don’t believe the project was or is unlawful in any way, I do not have the resources to go to court to prove that for a hobby, especially considering the project netted a loss of a few thousand dollars overall,” he writes.

The cease-and-desist notice was sent by Nintendo’s Canadian lawyers a few weeks ago. It accuses the developer of copyright infringement by advertising and selling the DragonInjector. According to the notice, this breaks the Switch’s technical protection measures.

“Your unlawful manufacture, advertisement, distribution, offering for sale and sale of the DragonInjector via the Dragon Injector Website infringes our client’s rights,” the lawyers write.

“More specifically, your activities amount to copyright infringement, secondary infringement, and the circumvention of technological protection measures in violation of sections 3, 27, and 41.1 of the Copyright Act, RSC 1985, c. C-42,” they add, referring to Canadian copyright law.

The developer was urged to immediately stop any infringing activities. If not, Nintendo reserves the right to take further action, the notice warns, adding that the company previously won $12 million CAD in damages in a ‘similar’ case. 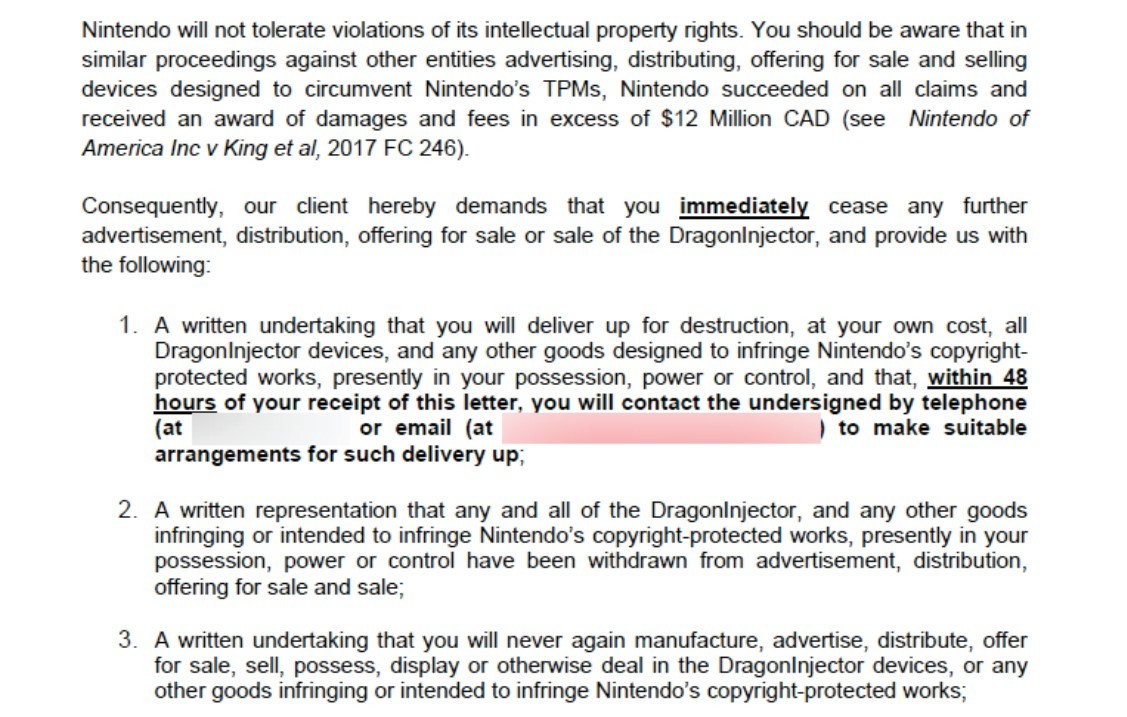 The threat comes with a list of additional requests. Among other things, MatinatorX must hand over all related accounting, including the number of devices sold as well as any profits that were made.

Down but Not Out

After receiving the cease-and-desist, the developer immediately halted DragonInjector’s sales. In addition, he reached out to Nintendo through his lawyer to settle the matter. That request has not been answered yet, but it’s clear that the DragonInjector project is done.

MatinatorX is aware of the legal uncertainties but says he’s not looking for legal advice from outsiders. He has discussed and explored all options already over the past weeks and shutting things down came out as the best solution.

“I know it sucks, I really do – I’ve poured the better part of two years of my free time into this project – but that’s just how it is. I could let myself be depressed, or I could dive into my other projects and ideas. I’m choosing the latter,” he writes.

The old Dragoninjector.com site is now gone. Instead, the developer registered Draconicmods.com where he will continue to do business. He has set up a legitimate company and is moving forward with DragonMMC, which is a custom Switch kickstand.

Needless to say, DragonMMC won’t have the payload injection capability that was initially planned, but MatinatorX says he can make it something worthwhile nonetheless. And there’s another project in the pipeline as well; DragonDSI, a micro-HDMI port for the Switch Lite.

A copy of the full cease and desist letter, sent by Nintendo’s Canadian lawyers, is available here (pdf)