Several takedown notices, reportedly sent on behalf of the NFL, are asking Google to remove VPN-related URLs. According to a recent request, these sites promote the use of VPN services “to illegally stream NFL games.” While many of the pages show how VPNs can bypass geographical restrictions, Google has left most URLs in its search results. 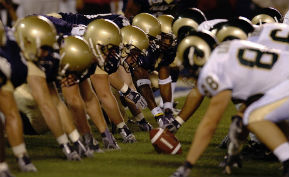 VPN services are the go-to tools for people who are looking for some extra privacy and security on the Internet.

However, there are other use cases for these services as well. Bypassing geographical restrictions is a widely advertised feature, with VPNs enabling people to access content that’s not available in their own country.

As a result, people using VPNs can access the American Netflix library in another country, or catch up on the BBC iPlayer while abroad. While this wasn’t much of a problem years ago, today more and more content providers are actively banning VPN users to block these ‘unauthorized’ viewers.

The American football league NFL is not a fan of this type of VPN use either, it appears. However, its enforcement strategy goes further than those displayed by other companies.

This week we stumbled upon a DMCA takedown notice that was sent to Google on behalf of the NFL. The complaint in question didn’t list any pirated copies of NFL games but instead requested the removal of several VPN-related URLs.

According to the notice, the VPN sites “promote the use of their software to illegally stream NFL games.”

Looking at the targeted URLs they do indeed mention the NFL. More specifically, most describe how people can use a VPN to access NFL content through official and authorized channels.

A VPN can provide access to a broader range of content in some cases, as it looks like the user is coming from another country. As a result, VPNs ‘bypass’ the NFL’s technical protection measures, which are used to enforce its licenses. That will likely violate its terms of service, even if people have a legitimate subscription.

Whether DMCA takedown notices are the right instrument to deal with this issue is up for debate. It appears that Google is not yet convinced, as it has decided not to remove the vast majority of the links.

The only three pages that were deleted from Google’s search results are from thevpn.guru and flashrouters.com. It’s not immediately clear to us why these are different from the rest.

We were only able to spot a few VPN oriented notices from the NFL, so it could be that this is just incidental. Also, with an increasing number of imposters sending takedown requests we can never be 100% sure that the NFL is indeed behind these notices.

We reached out to the listed anti-piracy partner for more information, but at the time of writing we have yet to hear back

Looking through other NFL notices sent by the same outfit we do see more that target NFL-related sites and URLs. In addition to the VPN complaints, these also target a long list of domains that claim to offer cheap or free NFL access, including nfltvpro.com and nflgptv.com.