Twitter has removed a Trump meme posted by the US President himself. The social media platform took action after the New York Times sent a copyright complaint. The news organization owns the related copyright and can have the tweet removed. However, it doesn’t appear interested in going after others sharing the same meme. 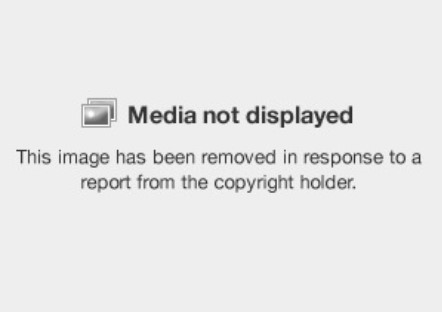 While the first signs of a massive meme-massacre have yet to appear, captioned photos are not above the law. President Trump can attest to that.

Yesterday, he posted a meme featuring a photo of himself with the text: “In reality they’re not after me. They’re after you. I’m just in the way.”

Needless to say, this tweet was either loved or hated, depending on personal conviction. That by itself is nothing new. However, Trump’s post also triggered a response from the New York Times (NYT) because the newspaper hadn’t approved the photo for use in this context.

The photo, taken by Damon Winter, originates from a NYT feature that was published in 2015. After the article came out, however, the same photo was memeified and published numerous times all over the Internet. You can even buy a t-shirt featuring the meme on Amazon. 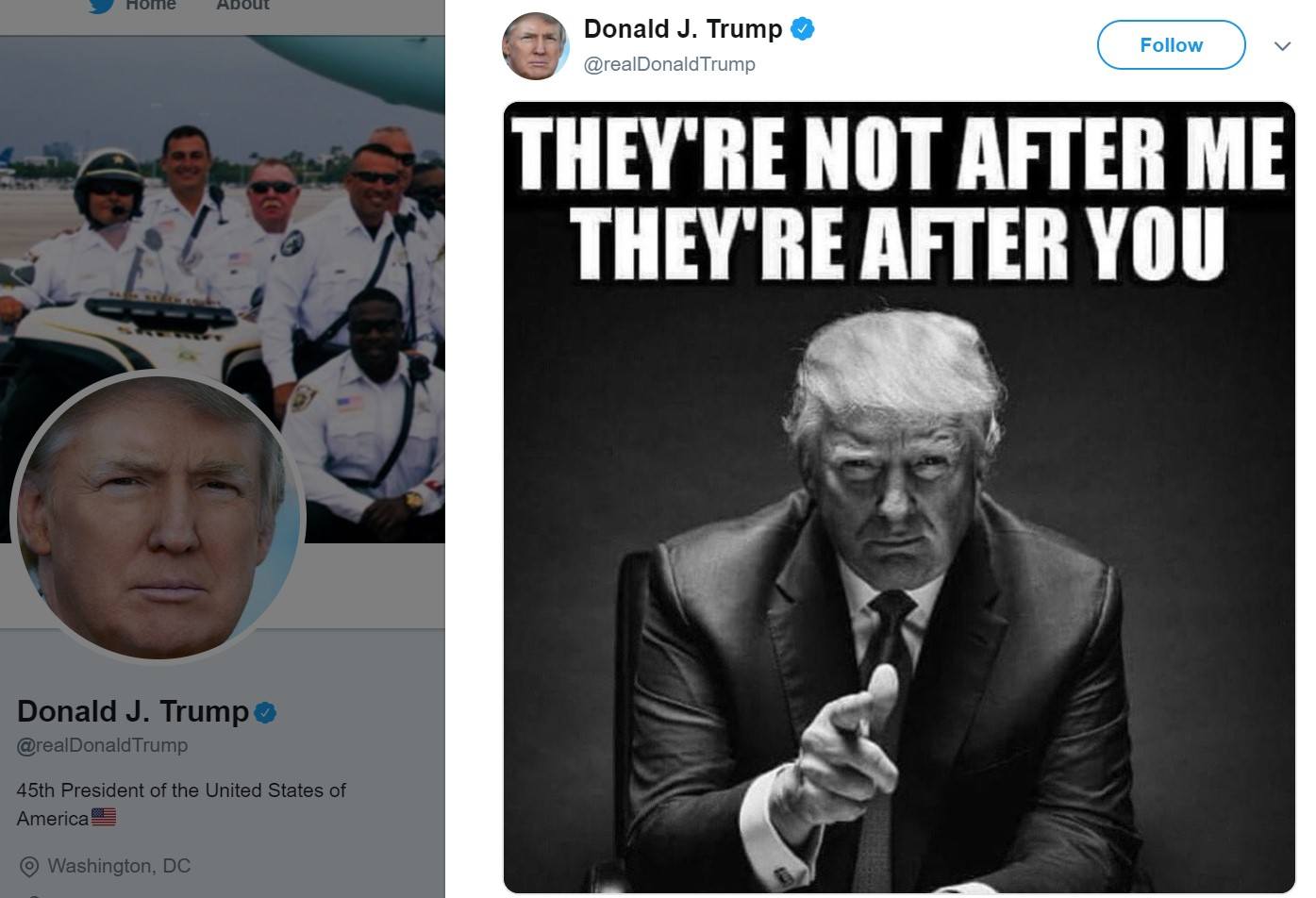 These memes have never triggered a copyright complaint from the newspaper, as far as we know. But when Trump posted it to Twitter the company was quick to respond, as spotted by Axios. The complaint is documented by the Lumen Database, which has a copy of the takedown notice.

While the NYT certainly has the right to protect its content, the action appears to be more than just a basic copyright issue. The newspaper’s takedown request only targets Trump’s tweet and leaves all other copies of the same image untouched.

It doesn’t take much effort to find the exact same meme or anti-Trump memes featuring the same image on Twitter. However, these all remain freely accessible. Further research reveals that NYT sent only one other takedown notice to Twitter this year. That was for a video that was allegedly copied from the news site. 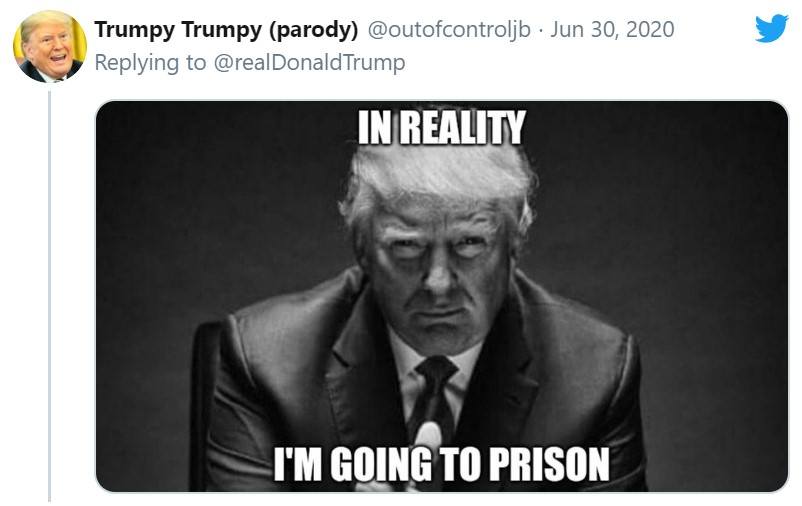 The NYT confirmed to TorrentFreak that the company is indeed behind the takedown request. We also asked why no action was taken against the same image posted by other accounts, but that question remains unanswered.

The newspaper has been very critical of Trump so that may play a role here as well. Whether that is right or wrong is up for debate. The New York Times has the law on its side, but the selective use of a DMCA takedown is worth highlighting.

The US President has had over a dozen of his tweets flagged for copyright infringement but his account remains intact. Others have not been so lucky. This preferential treatment also expands to other alleged policy violations.

Twitter grants Trump more leeway than the average Twitter user. This is in part because it has a special stance toward ‘world leaders.’

The NYT also appears to have a special policy when it comes to President Trump and copyright infringement, as its takedown efforts show. While Twitter has removed the original tweet, a copy remains available on the Internet Archive.

On Twitter, people can still see the meme and counter-memes as well, just not from the President directly. In fact, as we’ve seen in the past with takedown requests, people are now sharing the meme even more following its removal, which is exemplary of the Streisand Effect.

Although it appears that Trump is the intended target, The President is only in the way of the Left’s plan to destroy America and The American Dream forever. pic.twitter.com/hLDk1X5Dxm

The comments are intentionally closed. Feel free to discuss the matter on Twitter, other preferred social media channels, or around the watercooler.