Pirate streaming giant ‘IndoXXI,’ stopped offering pirated movies at the start of the year. This left millions of Indonesian pirates without their favorite site. However, according to anti-piracy group AVIA, many others have jumped in to fill this gap. Industry insiders are now calling on the government there to consider criminal prosecutions.

According to a recent survey, nearly a third of all Indonesians have accessed streaming piracy websites or torrent sites.

In recent months, Indonesia’s Information and Communications Ministry has worked hard to address the country’s piracy problem. Among other things, the Government has ordered ISPs to block more than 1,000 domain names.

The main target of these efforts was streaming giant ‘IndoXXI.’ With millions of daily visitors, it was listed among the 25 most-visited sites in the country up until last month.

Initially, the notorious streaming site evaded the blocks by switching to new domains. However, after a new round of blockades just before the new year, it decided to throw in the towel.

“Happy New Year 2020. As of today our site is no longer accessible, as is the case with the IndoXXI lite application,” the operators wrote at the site.

This news was welcomed by the local movie industry as well as Hollywood, which had previously complained about IndoXXI as well. However, the site’s demise doesn’t mean that the piracy problem is over now.

According to the Asia Video Industry Association (AVIA), hundreds of other sites stepped up to fill the gap left by IndoXXI. Some of these mimic the look and feel of the closed site, hoping to draw in visitors.

“[S]ince this announced closure, many other piracy sites, including some obvious copycat clones of IndoXXI, have become available,” AVIA notes.

One of the many clones 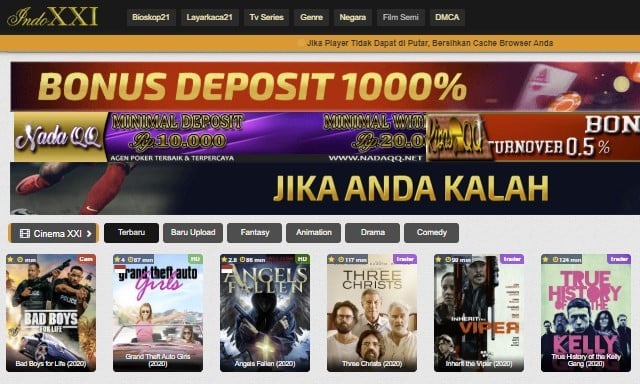 In response, copyright holders have stepped up again demanding that more domain names be blocked. AVIA notes that more than 200 new sites have been reported to the government during the past week alone.

Although website blockades may have some short-term effects, the Video Coalition of Indonesia (VCI) believes that the government can do more. Ideally, the group would like the culprits behind these sites to be criminally prosecuted.

Neil Gane, General Manager of AVIA’s Coalition Against Piracy, believes that the people running pirate sites are often involved in other crimes as well, which may in part be financed by piracy revenue.

“Many syndicates and individuals associated with the piracy ecosystem are involved in other criminal endeavors including illicit online gambling, and there is a likelihood that part of the illegal proceeds are used to finance these other crimes,” Gane says.

The call for criminal prosecutions is supported by prominent Indonesian film director Mira Lesmana, who wants the site operators to be brought to justice.

“We need to be able to recoup our financial investments to fund new creative content. We encourage the government to track down and prosecute those Indonesian-based operators who are behind these networks of piracy sites,” Lesmana says.

The question remains whether criminal prosecutions will do much to stop the flood of pirate sites. In recent years there have been various criminal piracy cases around the world. Despite these efforts, there has been no shortage of pirate sites. 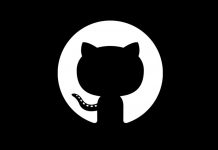